The original Judgment was a fun change of pace for the Yakuza franchise, using the same setting and similar gameplay and putting them into a different style of story. It wasn’t perfect, and some of the new additions didn’t really work, but its protagonist was likeable and the detective theme led to a more engaging mystery. Lost Judgment was the perfect chance to expand on what the first game did well, while also fixing up its mistakes.

And, in many ways, it succeeds. The gameplay is smoother and lacking some of the annoyances that plagued Judgment. Yagami is still a great main character, and the story has some standout moments. However, Lost Judgment’s overall narrative misses the mark, featuring some long-running RGG Studio tropes and questionable writing.

Lost Judgment takes lawyer-turned-detective Takayuki Yagami to a private school in Yokohama, where he’s initially asked to investigate a potential bullying problem. As you’d expect, his initial investigations eventually lead to mysterious plots, fights against multiple gangs, and a convicted criminal that may be tied to a more heinous crime than the one he was convicted for.

The escalation from more mundane investigations to massive conspiracies should be familiar to those that played Judgment (or most Yakuza games, really). It makes for an engaging narrative at times, as you never know what crazy plot twist will be thrown at you next.

However, it’s the more grounded plot elements that leave something to be desired. As mentioned earlier, Yagami’s initial investigation involved finding out the true extent of bullying in a certain school. It’s a major focus for the first chapters of Lost Judgment, and the way things play out doesn’t really do the serious subject justice.

That’s not to say that it doesn’t try, as there is an attempt to bring the effects of bullying to light. But the way Yagami initially goes about his investigation left a bad taste in my mouth, especially when it comes to how he generally deals with the bullies. The occasional touching moment or insightful speech is broken up by multiple fights against high school kids. Whether intentional or not, it comes across as not taking the subject matter seriously.

Outside of the school sections (they become less frequent as the story goes on), the overall plot is… decent. “Handyman” Jin Kuwana makes for a decent rival in Yokohama, and some of the returning cast members get their own time to shine — Kaito is still great, for example, other than one awkward moment tied to the school storyline. The main mystery doesn’t quite have the same impact as Judgment’s, but it’s enough to keep you invested over the course of Lost Judgment’s 20-hour main scenario.

As for whether you should play the game dubbed or subbed, either option is fine. Like its predecessor, Lost Judgment’s English dub is quite good. Most of the first game’s English cast returns too, making for a solid way to experience the story. It also follows other modern Sega localisations, giving the sub and dub separate subtitles. The only odd part is that regular NPCs are still not dubbed, such as street thugs and shopkeepers. Not a big deal, just odd considering the attention to detail given to the dub elsewhere.

Thankfully, Lost Judgment fares far better when it comes to improved gameplay systems and other mechanics. Everything from the first game is still here, including Yagami’s multiple styles and enjoyable street brawls. The new Snake style is a great addition to his moveset (even if it’s a little too strong against bosses), letting you parry and throw enemies with ease. The existing two styles have also seen some changes, with the Crane style actually being useful now. You can just stick to one style and get through most encounters easily enough, though you are at least rewarded now for mixing things up.

Lost Judgment also features a bunch of new mini-games, some of which tied to the School Story. This is essentially one large side case, as Yagami investigates each of the schools clubs for leads on the mysterious “Professor”. While many of the club storylines aren’t anything to write home about, it does give you a good incentive to try out everything that’s been added. Dancing replaces the Yakuza series’ karaoke, offering up a slightly more challenging rhythm mini-game, and boxing has its own stat building mechanic and skills to learn. A few additions like skateboarding aren’t particularly fun, though they do at least offer something fresh for the franchise.

In fact, most parts of Lost Judgment are an improvement over the first game. The tailing missions, an absolutely dire part of Judgment, are much less tedious here. Taking cover is less clunky, you can temporarily hide from the person you’re tailing even in plain sight, and the sections are generally more brief. Stealth missions have also been added for some extra variety. They’re not exactly good, thanks to how restricted and linear they are. However, these sections are simple and break up regular battles without being as bad as Judgment’s tailing missions.

Another improvement is more in regards to current gen platforms. While there’s now a remastered version of Judgment for PS5 and Xbox Series X|S, the original version definitely felt limited by the PS4. As with Yakuza: Like a Dragon, Lost Judgment feels more at home on the PS5, offering smooth 60fps gameplay at a higher resolution. It’s possible to increase the resolution even further, but this comes at the cost of performance without making the game look much better.

It’s interesting to see how RGG Studio has improved in regards to visuals over the years. The Dragon Engine, which is used for Yakuza 6 onwards, feels right at home on the PS5, allowing for lots of physics-based shenanigans and particle effects. Regular enemies and other NPCs can still look slightly dated at the time, but for the most part, Lost Judgment is a visually impressive game.

There’s still a lot to love in Lost Judgment. Nearly everything outside of the main story has been improved since Judgment, and I’m still not tired of scouring the city for new side-content. But it’s hard to ignore how poorly the story often handles one of its main subjects, and the way that certain characters are written. You’ll still get the usual mix of chaotic fights and funny one-liners though, alongside a slew of new side activities and stories, so it’s still easy to recommend Lost Judgment to fans of the franchise.

Lost Judgment is available now on PS4, PS5, Xbox One, and Xbox Series X|S. The PS5 version was played for this review. 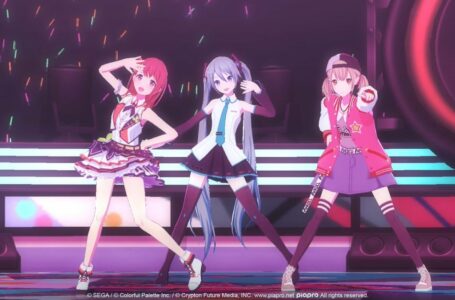