I am, as they say, a man of simple pleasures. Present me the opportunity to engage with a piece of media that involves a mischievous little sister, and I will almost certainly take it. Present said little sister character as being somewhat busty, wearing a short skirt and, optionally, barefoot, and I will definitely take it. And so it was that I found myself owning a copy of the first volume of mikawaghost’s light novel My Friend’s Little Sister Has It In For Me! (also known as Tomodachi no Imōto ga Ore ni Dake Uzai, or simply ImoUza for short), published in English by J-Novel Club.

J-Novel Club is actually quite an interesting organisation in that they are primarily digital-focused; they release many of their light novel series through a subscription service (with pretty much all titles also being available for separate digital purchase, it appears) and then select a few series for the privilege of getting a physical publication at a later date.

My Friend’s Little Sister Has It In For Me! falls into that latter category; at the time of writing, five volumes of it are already available digitally, but at present only two of them are available in paperback format, with the remaining three being spread out between May and September of 2022. This means that you could, in theory, get up to date with it right now — but if you want it on your actual shelf, you’ll need to wait a bit.

So what is My Friend’s Little Sister Has It In For Me!, then? Surely if there are five volumes available already there must be something more to it than “mischievous little sister teases main character”? You would indeed be correct in this assumption, assuming you were making said assumption in the first place. Because while the relationship between the titular little sister and the protagonist is indeed one based on playful, light-hearted and some might say flirtatious teasing — at least on her part — it is, in fact, one of the least important aspects of the narrative as a whole.

Instead, My Friend’s Little Sister Has It In For Me! is a tale of protagonist Akiteru, and how he has made an effort to bring people together in the name of creativity and self-expression. As the story opens, Akiteru and his friends and colleagues in the “05th Floor Alliance” have already successfully collaborated on a free-to-play horror game-cum-dating sim for mobile named Koyagi: When They Cry, and it’s a big hit.

Trouble is, most of the people involved are unable to reveal their involvement in it for one reason or another — and thus they remain, like many real-life independent Japanese game developers, shrouded in mystery.

Akiteru, as someone who already regards himself as so unremarkable that he feels like his presence at school is literally non-existent at times, is ideally positioned to do something about this without being noticed. And thus, despite being, by his own admission, someone who isn’t particularly talented in any particular creative field, he acts as the group’s producer, encouraging all of the participants to do their thing and helping them to keep their involvement with the game a secret.

Akiteru is also someone who is obsessed with the idea of “efficiency” to an absolute fault, and believes that everything he does is for some sort of unspecified greater benefit to his overall life. He eschews friendships and close relationships in favour of doing things his own way; one wouldn’t necessarily describe him as a loner or a loser — he’s certainly no Tomozaki, for example — but rather someone who simply prefers his own company, and the ability to do things on his own terms.

But despite his protestations about steering clear of personal relationships for the benefit of his beloved “efficiency”, it’s clear that he cares about the other members of the 05th Floor Alliance, and wants them to be able to thrive.

To that end, he has been attempting to convince his uncle Makoto Tsukinomori — who just happens to be the head of a large media conglomerate — to hire not only him, but also the other members of the Alliance. If he were to succeed in this, not only would he efficiently be securing his own future, he would even more efficiently be ensuring that his closest friends and confidants — even if he would never dream of referring to them as such — were able to realise their true potential, rather than being trapped in a situation where they were forced to stifle their own creative abilities.

Tsukinomori is open to the proposal, surprisingly, but there’s a caveat. His daughter — Akiteru’s cousin Mashiro — has been having some trouble at school, and is transferring to Akiteru’s school. As an overprotective father, Tsukinomori wants Mashiro to be able to have a relatively normal high school life without being hassled by pesky boys or anything like that — so he insists that Akiteru act as her fake boyfriend, and heaven help him if he ever actually becomes her real boyfriend, lays a finger on her or even thinks about dating anyone else while their agreement is in place.

I’m sure you can see where this is going. Yes, we’re well and truly in romantic comedy territory with My Friend’s Little Sister Has It In For Me!, and indeed things get off to an enjoyably awkward start as Akiteru inadvertently walks in on Mashiro just as she’s finishing in the toilet, pulling her panties up with her ladyparts on full display. Naturally, this doesn’t make for the best start to their fake relationship, however close they were in the past — inevitably, just to add to the list of tropes going on, they were childhood friends as well as cousins — but, well, these things happen.

If all this sounds like distinctly predictable harem comedy at this point, you’d be right to an extent — and the harem aspect certainly grows as the series progresses. But the nice thing about My Friend’s Little Sister Has It In for Me! is the fact that it is keenly aware of the tropes it’s relying on — and, indeed, as creative types, the characters involved are also very much aware of them. With this in mind, author mikawaghost manages to successfully walk the tightrope between overreliance on classic Japanese popular fiction tropes, and being able to poke fun at them in an affectionate way.

This is helped along somewhat Alexandra Owen-Burns’ translation, which does a good job of making Akiteru and company talk (and narrate) like modern, perpetually online otaku types found across the Internet today. Some of the references have clearly been adapted to be more recognisable to an English-speaking audience, but in the context of the novel as a whole they work, and don’t feel jarring.

One of the most appealing aspects about My Friend’s Little Sister Has It In For Me!, particularly in this first volume, is how it continually throws interesting surprises into the mix. This is primarily achieved through protagonist Akiteru deliberately withholding information from the reader until later — though there is a particularly interesting sequence towards the end of the volume where we, the audience, discover something about the identity of one of the main characters that Akiteru is unaware of.

This puts us in an interesting and oddly empowering position, where up until that point in the narrative of My Friend’s Little Sister Has It In For Me! we’ve kind of been at Akiteru’s mercy when it comes to learning things; with this sequence, however, we learn something that he doesn’t know — and from thereon we’re able to carry that information with us into the subsequent volumes, witnessing things unfolding from a slightly different context to Akiteru himself.

I say this is empowering because although Akiteru is, on the whole, a fairly likeable protagonist despite his eccentricities, there’s always the slight sense that he’s lording it over the reader a bit, and believes himself to be superior. He is, after all, obsessed with efficiency to such a degree that he believes he’s found the “best” way to do all the things in his daily life — and this sense of self-satisfaction certainly comes across in the way he tells the story.

mikawaghost strikes a good balance, though; Akiteru never quite crosses a line into being obnoxiously arrogant, and it’s clear that a lot of the things he does are for the benefit of people besides himself — even if he won’t admit that. As such, there’s an endearingly humble side to him, too, and you’ll find this becomes more prominent in the subsequent volumes of My Friend’s Little Sister Has It In For Me!

My Friend’s Little Sister Has It In For Me! gets off to a strong start with its first volume, though; it sets up an intriguing premise, introduces some likeable characters and provides plenty of scope for different directions the story might be able to go in over the long term. It’s an enjoyable read with a distinctive energy to it — plus the illustrations by tomari certainly build on that striking initial appeal factor seen in the cover art.

All in all, then, a solid recommendation — and a series I look forward to exploring further with you all very soon.

My Friend’s Little Sister Has It In For Me! volume 1 is available in paperback and Kindle format now from Amazon. Alternative purchase options can be found on J-Novel Club’s website.

Latest posts by Pete Davison (see all)
Spread the love!
Tags: imouza light novels mikawaghost my friend's little sister has it in for me tomari 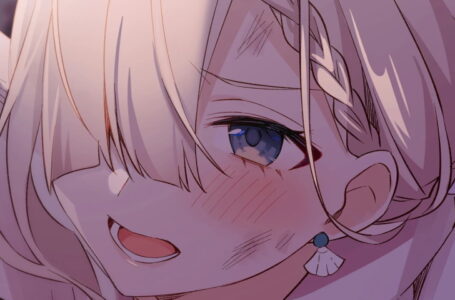 My Friend’s Little Sister Has It In... 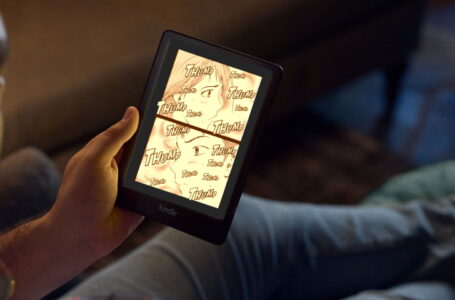