As I’m a pretty big fan of the series, I’ve been keeping an eye on the return of Samurai Shodown this summer. This has been made even better by the fact that the Samurai Shodown release date has been brought forward … by two days.

Samurai Shodown will now launch for PlayStation 4 and Xbox One on June 25th in the Americas and Europe, publisher Athlon Games and developer SNK announced instead of June 27th. The Switch and PC versions of Samurai Shodown are still planned for release in Q4 2019.

Interestingly, SNK and Athlon Games also announced that users who pre-order or purchase Samurai Shodown on the PlayStation Store, Xbox Live, or any physical retailer before June 30th will be able to download the Season Pass completely free, which is a great thing to hear. “We’re extremely excited to finally confirm that June 25th will see the much anticipated return of Samurai Shodown. As a thank you to the fans who have stuck with us during the long wait between the franchise instalments, we’re pleased to offer the first six months of DLC completely free of charge to anyone who buys the game and redeems the game’s season pass within the first week of release, which will include four new fighters.” The latest information about the game, via SNK:

Officially a prequel to the original 1993 Samurai Shodown, the latest title’s Story Mode allows players to choose any character and experience their journey—from franchise favorites like Haohmaru and Charlotte to newcomers like Wu-Ruixiang and Darli Dagger. Several other modes will be present as well, including a Training Mode, Online Play and the all-new Dojo Mode.

As fighters continue to play and level up their skills, the game is watching, learning, calculating and mapping its user’s playstyle in the offline battle modes in order to create an online “ghost” that replicates that style in Dojo Mode. Players can take on their own AI-derived avatar for better insight into their own weaknesses, or download the ghost of a favorite player from the cloud for a fresh challenge. These intelligent AI ghosts promise to change the way fighting game aficionados train and compete forever. We’re excited, but what about you? Will you be picking up Samurai Shodown for yourself? And will you be pre-ordering to get the DLC? Let us know in the comments, or on Facebook and Twitter, and check back for more coverage of Samurai Shodown and other Japanese titles. 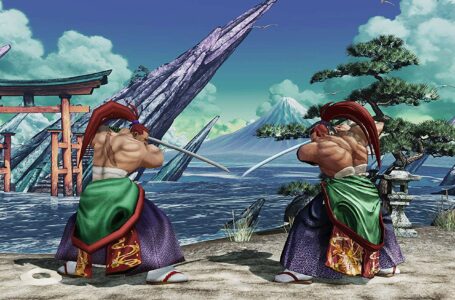