I’m super excited about No, Thank You!!! Boys’ Love fans hadn’t had an official English release of a BL visual novel since JAST USA’s Absolute Obedience and Enzai games back in 2006. Prior to that, the only BL game to offer an official English language option was Graduation by Joinac back in 1999. The track record for translated BL games has been less than sparkling. Indeed, after Absolute Obedience and Enzai, things were looking dire. Poor sales figures meant putting a complete halt in bringing this game genre to the West for years. In this sense, Manga Gamer has taken a great risk in translating No, Thank You!!! They did, however, only go forward with this risk after some careful, and very clever, preparation. With the failure of previous games being put down to the choice of titles, Manga Gamer made the decision to ask BL fans what they want to see translated, essentially allowing their customers to choose the title for them. This still holds risks, of course, but so far that risk seems to be paying off. As of yet the full version hasn’t been released, but the demo has proved to be very promising, with the number of downloads making it the most popular demo version ever released by Manga Gamer to date.

So, exactly what is No, Thank You!!! all about? Made by Parade, the game follows an unnamed young man, our protagonist, who gets hit by a car after pushing a bystander out of the vehicle’s way. This accident results in the young man having amnesia. Feeling guilty about what happened to his saviour, the bystander (who we later learn is called Kouichi), offers the protagonist a place to stay and work until he recovers. This leads to the young man working at Kouichi’s bar and being subsequently dubbed as ‘Haru’ by his workmates. This isn’t a simple bar however, and shady activities quickly become evident.

As this is a first impressions account and not a full review, the text will not go into great detail about narrative, and nor will it contain a score system. This is the demo, not the full release, and so I believe commenting on such things will be both difficult and a little unfair to the game.

A short profile has been written for each character on the Manga Gamer website. With this in mind, I’ll just be telling you my own impressions of the characters from the demo. Feel free to check the website if you want more information. And here is Haru! His real name and age is a mystery due to having amnesia. His personality traits are wacky to say the least! He comes out with some very… er, creative language, followed by even more…em, flirtatious actions (sexual harassment?) towards his male co-workers. Honestly, Haru just says and does whatever he wants with a huge, impish smile on his face, not caring in the least what people think of him. So, Haru thinks that guy he just met has a really nice butt. Obviously Haru has to do something about it! Commence sneak attack butt squeeze! A lot of the comedy comes directly from Haru’s thoughts and actions. He appears a bit of an airhead at first (what, Haru has to memorise everyone’s names? Pff! Giving everyone short, cutesy nicknames is much easier!), but actually seeing the stuff Haru secretly picks up on inside his head hints to how frighteningly intelligent he really is. Yes, his language is rather cringe-worthy at times, but there’s definitely a very interesting story there. I can’t wait until full release to find out who ‘Haru’ really is… besides a total seme, I mean. Hiroyuki Akiyama is one of the sweeter characters. Working as a bartender, Hiroyuki can get a little irritated and confused over his new underling’s antics. Being the kind boy that he is however, Hiroyuki is always very helpful to Haru, no matter how many times the newcomer pushes his buttons. He has that older brother/onii-chan feel about him, and he’s the first one to befriend Haru. He’s a little innocent, slightly naïve, but very hardworking and determined. He also insists that he’s ‘straight’, not that that puts Haru off… Ryu Kurosawa comes across as your typical ice prince. He always acts calm, cool and collected, and he’s far from shy about putting Haru in his place with some sharp words (not that Haru really cares). He often leaves the riffraff of babysitting Haru to Hiroyuki, as he immediately takes a dislike to the bouncy stranger. He’s an intellectual, and despite his cold attitude, Ryu can easily take care of any situation concerning customers and the dynamic of the bar. Oh, and don’t be fooled into thinking that Ryu’s no-nonsense approach keeps him safe from Haru’s advances. It’s pretty clear that Haru enjoys a challenge. The demo didn’t divulge too deeply into Ryu’s character, so I’ll be interested in finding out more about him once we get the full release. Oh, did I mention this game has bara characters? Bara fans will be overjoyed to see this muscle man, Maki, in No, Thank You!!! Silent and aloof, Maki is the bar’s chef. He doesn’t talk much, and is often found silently sitting in the kitchen, chopping some vegetable or another. His intimidating figure and standoffish attitude makes Maki one of the few characters Haru actually wavers with. Yes, Maki is still a uke in Haru’s eyes, but if Maki holds eye contact with Haru and says ‘no’, then you better believe that Haru holds off on that sneak attack butt squeeze. How Haru romances this steely-eyed gladiator is sure to be entertaining. Kouichi Inui is something of a fatherly figure. He’s the boss, the guy that everyone listens to. He takes all of Haru’s antics with a pinch of salt and a warm smile. Kouichi is also very strong with his rugby player-like build. Indeed, even getting hit by a car or cornered by a gang in an alley isn’t enough to put him out of commission. It takes a lot to unnerve him. Haru’s enthusiastic groping and evasion of personal space is taken all in his stride.

The art style for No, Thank You!!! is pretty nice! It’s clear, sharp and not outdated in anyway. Obvious attention has been paid to character design. For example, Ryu’s smart glasses and buttoned white shirt emphasise his straight-laced personality. Hiroyuki’s casual outfit with cheesy text about his sexuality, highlights his approachable ‘boy next door’ character while also poking fun at his virginity. The hawk on Haru’s t-shirt is a clear indicator of his predator personality, with the messy tied back hair also pointing to his laidback attitude. Clearly, fashion and overall appearance was not skipped over in this game.

So, what about the CGs? Well I certainly have no complaints. There are few still pictures, with the majority of images depicting movement in some way. A shake of the head, a smile, a frown, a small tear as someone winces in pain. All of these emotions are displayed subtly and cleverly without having to resort to any previous ‘copy and paste’ image. It’s not something that every visual novel does, and so it’s very much appreciated when creators do push the mark out just that little bit further. Overall, they’re all quality pictures that are sure to look good in the game’s gallery.

No, Thank You!!! has some impressive configuration and some equally interesting mechanics. For example, rather than relying completely on text choices (i.e. You’re presented with the dilemma of deciding whose butt Haru should squeeze. Four sentences appear on the screen for you to choose either Hiroyuki, Ryu, Maki or Kouichi.), this game also offers a ‘flag’ mechanic. In this case, when an ‘event’ appears, a ‘No, Thank You!!!’ box with an exclamation mark may also appear in the top left corner. Depending on whether or not you decide to click this box depends what course the narrative takes. Clicking the box may make something positive occur, which would make it the ‘right’ option. Equally however, clicking the box may make something negative happen, which would make it the ‘wrong’ option. It’s a clever mechanic, and it adds something extra to the visual novel gameplay. Some other neat features come in the form of configuration. There is a remarkable amount of detail on offer, and if you’re particular about your men and, ah, activities, then you’ll be happy to know that you can select different hair and climax options. I have to say, I’ve never found this kind of feature in visual novels before, and I certainly admire Parade’s efforts in trying to make No, Thank You!!! suit all their customers different tastes. Don’t like hairy men? Select ‘All Off’. Can’t decide exactly when you want the protagonist to release his ‘tension’? Select ‘Prompt’. Besides this, the game also has a handy feature that changes the colour of text to blue if you have already read it in a previous play through. This is very helpful if you want to collect all the endings, as it saves the time of re-reading text (if you really don’t want to), while also pointing you in the right direction to new endings.

Download it. When the full release comes out, buy it. It’s a very good game, one that no BL fan should be disappointed with. The demo shows real promise, and although there have been one or two things that I had found a tad off-putting (mainly Haru referring to a guy’s anatomy in unique ways… although even that has some giggle-worthy moments), there is nothing in the demo that makes me not want to buy the game. The overall quality is brilliant, and for a game genre that gets little attention in comparison to others, I can’t rate No, Thank You!!! highly enough. If the title does well, then Manga Gamer will be more than happy to license other BL games for the EU and West.

I’m very excited to play the full version of No, Thank You!!! I hope you are too! 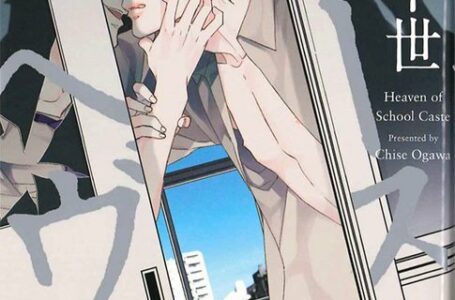