The longest piece I have written as of now here on Rice is my passionate analysis of the manga Claymore. And it’s no surprise as to why that piece came out as long as it did; Claymore has so many merits that have been forgotten since its final chapter released back in 2015 that I find it of utmost importance to remind everyone of its worth time and time again.

As a quick rundown, Claymore has an engrossing revenge tale as its focal point; sharp and fluid action with high stakes; and many attractive members in its cast of predominantly female characters. But as a shounen manga, it is one of the first to spring to mind when considering positive representation of women within the medium, with the majority of its ladies being badass, strong and capable individuals.

And nowhere is this as obvious as it is when it comes to the existence of the strongest Claymore to ever live: Teresa.

Teresa of the Faint Smile

Considering how influential Teresa is, how she is the source of strength for our main character Clare, and the overwhelming amount of adoration she receives from fans of the series, the relatively little time the audience gets to spend with her shows how well done her character is.

We care; we are deeply aligned with and attached to Teresa despite the fact she’s only seen for a mere 13 chapters and four episodes. This part of the story covers the origins of Teresa and Clare’s relationship — and Teresa’s journey, while short, is one of the most striking and memorable developments across the entire manga.

With what little we know of Teresa, it is easy to understand her overall narrative when those few pieces of information all come together. The theme of loss is monumental in Claymore, and for the warrior who is the strongest in its world, this hard hitting truth that affects us all does not escape even her.

Teresa lost everything before she became a Claymore, just like every single one of her fellow warriors. The emphasis on her losing her natural black hair colour and black eyes before she joined the Organisation is interesting to note; she even said she considered her black hair her best feature.

Not only does this reinforce how Teresa is now just as undistinguishable and easily replaceable as every other single Claymore, but this statement on her love for her natural hair colour is striking, because it suggests how little she thinks of herself now without her signature shade and individuality. It’s a simple comment, but is memorable for how much it says not just of Teresa, but for the tragedy of Claymores overall.

This change effectively alters her way of perceiving things, and it is extremely valid once we learn how she was mistreated by those who should love her having sold her to the Organisation. It’s much more than her being a “problem child” and attempting to escape the confinements of this messed up system; Teresa wants nothing more than to be happy and feel alive, even as her heart becomes blackened by the merciless and harsh life as a Claymore in this unloving and lonely world.

A heavy burden leading to a heart of gold

Teresa is initially seen as a cold, ruthless and uncaring Claymore. As the strongest of her generation, and arguably the strongest Claymore to have ever lived, her unrivalled skills and untouchable attitude match perfectly. But if there’s one little thing that adds something even more appealing to a strong character like this, it’s a hidden soft side, isn’t it?

Before meeting Clare, Teresa was rude to the townspeople she was employed to protect, and thought very little of the necessities a human needs, such as maintaining strength through eating and resting in a bed. All this reveals how far detached she has become from her original self before entering the Organisation, and is one reason why the ever-growing relationship between the two is so emotionally satisfying and heartbreakingly beautiful.

Despite her ruthless physical shunting of the weak and fragile Clare, her intentions are for the best. She physically attempts to push Clare away from her to protect her, but with Clare’s unrelenting pursuit for Teresa’s affirmation and attention, Teresa not only accepts Clare as a figure of trustworthy emotional support — much like Raki is to Clare — but she also learns to open up, and subsequently becomes the happiest she has ever been in her entire life.

In fact, the true extent of Teresa’s love for Clare is revealed nearing the final chapter of their time together, where Teresa thanks God that she met Clare, and that she gave her life meaning. While it is truly gut-wrenching that their relationship is ultimately what made Teresa meet her demise, Clare being in Teresa’s life made her the warrior she wanted to be, and the woman we have all come to love just as much as Clare does.

The story of Clare and Teresa is one of the greatest familial love stories told between a mother figure and child within the manga medium. It’s no surprise when the two are framed to be the Twin Goddesses of Love after all.

Through Clare, Teresa rediscovered her emotions, compassion, and happiness — shown by her shedding tears for Clare’s safety, and even after her own death, eagerly wanting to hear about and listen to Clare’s journey. She feels proud of the things our heroine achieves as an adult that she herself had not managed to do in her own lifetime, such as fighting alongside friends and finding a significant other.

The hard hitting emotions and final acceptance in Clare’s final battle with Priscilla is poignant and masterfully done, wrapping up the long journey of Clare finally accepting Teresa’s passing, while giving Teresa her own closure by allowing her to see Clare grown up and strong enough to stand on her own two feet; this allows her to finally pass on peacefully.

While the subject of revenge runs across the entire manga’s overarching plotline, the love between the pair manages to undercut this motive all the more by this point. And the unexpected but not at all unwelcome surprise of seeing Teresa’s awakened form confirms not only their connection even more by how she resembles the form of the Twin Gods, but also Teresa’s enduring perfection.

Out of every single awakened being, every one other than Teresa’s took a monstrous form, while Teresa very much looks the part of a Goddess. And the cherry on top on all of this? In the face of the defeated Priscilla, who apologises for having killed her, Clare retorts that there are no hard feelings; they were always comrades as they shared the common goal of defeating the same enemies.

Respect her, idolise her, and cherish her for all she is worth. 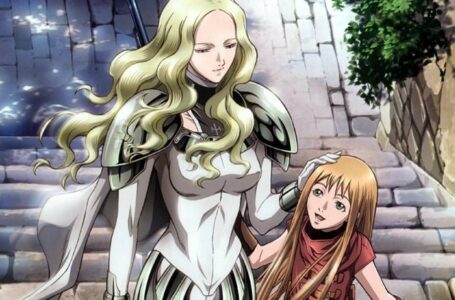 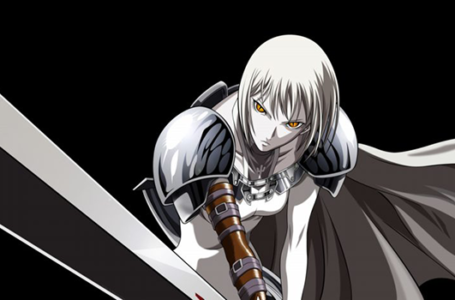