While we’re fans of owning our games here at Rice Digital — particularly if we can own them in beautiful, collectible form — it’s hard to deny that Xbox Game Pass has its benefits.

For collectors, the main appeal is that it provides a good means of trying out games before you commit to buying a copy of them. And for those who just want a rich and varied gaming diet, there’s a great selection of different titles to try from a broad range of genres.

With that in mind, then, here’s 10 top picks from the Xbox Game Pass library — with the Rice Digital audience particularly in mind, of course!

Almost all of Sega’s classic Yakuza series — barring Yakuza 6, Dead Souls and Like a Dragon — is available on Xbox Game Pass. That means you can enjoy six sprawling games of astonishing quality as part of Xbox Game Pass’ eminently reasonable monthly fee.

The Yakuza series, if you’re one of the few people yet to have the pleasure, is a series of modern-day role-playing games with brawler-style combat, but that description doesn’t really do it justice. These are games that unfold in astonishingly detailed worlds where you can go about your virtual life, indulge in some distinctly Japanese pastimes and get to know a variety of beautiful women.

Each game features a solid and compelling main story that ties into the series as a whole, but for many people the real appeal of the Yakuza games is in their side-stories, optional missions and minigames. There are even some classic Sega arcade titles to play along the way. Just be warned; once you get started with this series, you might not want to stop!

Adopting a somewhat Inti Creates-style “modern retro” aesthetic, the game blends the chunky pixels and limited colour palette of 8-bit visuals with more modern techniques such as parallax scrolling and huge sprites to create something that looks absolutely gorgeous. And it plays beautifully, too, with fluid movement, a variety of unlockable abilities and a satisfying sense of progression as you proceed through the levels.

Be warned, though; this game offers a stiff challenge, so if you’re not accustomed to “Nintendo Hard” games, then you may be in for a bit of a rude awakening!

Dragon Quest is one of the most legendary RPG series out there. In its native Japan, it’s absolutely on an even footing with the long-running Final Fantasy, though it has remained a little more niche-interest in the west. This is perhaps due to its intent and execution diverging considerably from the Final Fantasy approach over the years; while Final Fantasy has veered off in the “cinematic spectacle” direction for the most part, Dragon Quest has remained resolutely traditional. And that’s precisely why it’s so well-loved.

Dragon Quest XI provides a huge adventure that, while standing by itself and being completely accessible to newcomers, also pays homage to the series’ history. The “Definitive Edition” available through Xbox Game Pass is the enhanced version that was originally released for Nintendo Switch, featuring the ability to switch between 3D visuals and classic 2D pixel art, a fully orchestral soundtrack and a variety of new scenarios.

While some argue that the different engine used in the Definitive Edition makes for inferior visuals to the original release, really it’s the gameplay that counts here — and Dragon Quest XI is absolutely one of the most rock-solid RPGs you’ll ever play.

When it was announced that Sega’s legendary beat ’em up series Streets of Rage would be making a return, people were both excited and cautious. While it was delightfully unexpected to see the resurrection of such a classic series, there were significant questions over whether modern developers could really do justice to a genre that had remained largely dormant for quite some time.

Thankfully, these concerns proved unwarranted, as Streets of Rage 4 is an astonishingly good game. Featuring beautifully animated artwork in a hand-animated style — plus the ability to unlock classic pixel-art versions of the characters — the game has a wonderful sense of fluidity that makes it an absolute pleasure to play. And it sounds amazing, too; not only is the action accompanied by meaty sound effects, but the music features contributions from the legendary Yuzo Koshiro — he who composed the awesome soundtracks to the original Streets of Rage games on Mega Drive — and sounds thoroughly authentic.

Classic beat ’em ups perhaps aren’t particularly known for their longevity and wealth of content, but Streets of Rage 4 bucks the trend by providing lots of unlockables, different ways to play and plenty of reasons to run through the game again. If you’ve been hungry for the sort of arcade-style action we rarely see any more, you’ve got absolutely no reason not to try this out via Xbox Game Pass.

Wayforward’s take on the beat ’em up takes a bit of a different approach to Streets of Rage 4, unfolding at a slightly more deliberate pace with more gradual progression and some significant RPG-style elements. If you’re not sure if that’s for you — well, that’s the beauty of Xbox Game Pass, isn’t it? You can try it out for yourself!

Taking on the role of the delightfully sassy Misako and Kyoko, it’s your job to battle your way through the streets of River City in the hope of rescuing the girls’ boyfriends. Along the way, the game pays frequent homage to both the Kunio-kun and Double Dragon series, since it’s technically a part of both. You’ll encounter Double Dragon Neon’s end boss Skullmageddon in a somewhat unexpected situation. You’ll encounter friends and foes from both series — including some seriously obscure references that will delight longstanding fans. And you’ll find Double Dragon’s Billy and Jimmy (voiced by Game Grumps’ Dan Avidan and Arin Hanson respectively) running dojos that help you power up the girls’ arsenal of moves.

And of course, in true WayForward style, the game is absolutely beautiful, featuring stunning pixel art animations on the characters, awesome cartoon-style animations to introduce bosses, colourful backdrops and an immensely catchy soundtrack. It’s genuinely funny, too, with a witty script and some excellent delivery from the varied voice cast. Bring a friend for maximum fun.

There are several Final Fantasy games available on Xbox Game Pass, so honestly it’s tough to pick between them. Everyone knows how good Final Fantasy VII is, though, and not everyone agrees on the wonder that is Final Fantasy VIII, so let’s pick a safe option that hopefully no-one will object to.

Featuring an imaginative setting, memorable characters, an incredible soundtrack and a great story, Final Fantasy IX is one of the very best old-school Final Fantasy titles out there — and if you’ve never played it, what are you waiting for?

Momodora: Reverie Under the Moonlight

Providing a story- and lore-rich action platformer experience, Momodora: Reverie Under the Moonlight is a modern gem of the indie scene. It’s got beautiful, well-animated pixel art, a distinctive and memorable atmosphere and a compelling narrative to explore. And now you can enjoy it on Xbox Game Pass.

The game offers a fairly stiff challenge, but does also feature a variety of difficulty options that can make it a little more accessible to newcomers. It’s worth putting in the effort, though, as this is a seriously rewarding and satisfying game.

If you’re a fan of the FromSoftware approach to storytelling, where background lore and subtle narrative is provided through item descriptions as much as it is through cutscenes, then you’ll find a lot to like here. It’s by no means “the Dark Souls of platformers” or anything — but it does a great job of gradually revealing its setting and narrative to you in a variety of interesting ways.

Inspired by classic console RPGs and ’90s comic books, Battle Chasers Nightwar is the brainchild of artist Joe Madureira — and a spinoff to his comic series Battle Chasers which ran between 1998 and 2001. This is another great RPG on Xbox Game Pass that will keep you busy for quite some time — and its blend of eastern and western influences works extraordinarily well.

The game features an ongoing story with plenty to do, plus randomly generated dungeons that are full of loot and opportunities to use the various characters’ unique abilities. There’s also a deep crafting system that allows you to create your own equipment — including the opportunity to experiment by “overloading” materials in the hope of producing more epic items!

While technically “unfinished”, World of Horror is nonetheless available on Xbox Game Pass, and is well worth your time. Adopting a “1-bit” (black and white) aesthetic and drawing inspiration from the classic horror of Junji Ito and Lovecraft, World of Horror combines elements of adventure games, pen-and-paper roleplaying and tabletop board and card games. The result is something that is extremely distinctive — both mechanically and in terms of presentation.

In World of Horror, you’re tasked with solving a series of mysteries, preferably without finding your intestines on the wrong side of your abdomen and/or your brain dribbling out of your ears. That is, of course, easier said than done, since this is a game that absolutely loves throwing random events at you. If you’ve ever enjoyed tabletop games like Arkham Horror, you’ll find a lot to like here; while the randomness can, at times, be a little frustrating, it also makes for a game where the emergent narrative of your gameplay session is just as fascinating as the in-game stories you’re attempting to get to the bottom of. Or, to put it another way, losing can be just as fun as winning.

While the game has a few rough edges by virtue of it still being in development, this is an experience you won’t forget in a hurry. Take the time to get past the initial learning curve the complicated-looking interface presents you with, and you’ll have endless hours of spooky fun.

Perhaps the best western-developed visual novel of all time — and a title that has resonated strongly with both eastern and western audiences — VA-11 HALL-A is an absolute masterpiece of cyberpunk fiction. And if you are yet to experience it, giving it a shot through Xbox Game Pass should be high on your “to-do” list.

In VA-11 HALL-A, you play Jill, a bartender at a dive bar in a futuristic dystopia. Through mixing drinks for your regular customers, you’ll get to know them and their stories — and perhaps uncover some interesting truths along the way. The game has a serious and thought-provoking story to tell but also knows exactly when to lighten the mood with some wilful absurdity; its beautiful pacing and memorable cast of characters mean this is a game that will stay with you long after you’ve seen the credits roll.

Featuring gorgeous PC-98-inspired pixel art, a stunning soundtrack and an extraordinarily well-realised narrative setting — despite the fact you only really see it from behind the bar for the majority of the game — VA-11 HALL-A is a modern masterpiece, and with its presence on Xbox Game Pass, you have absolutely no excuse not to experience it for yourself! 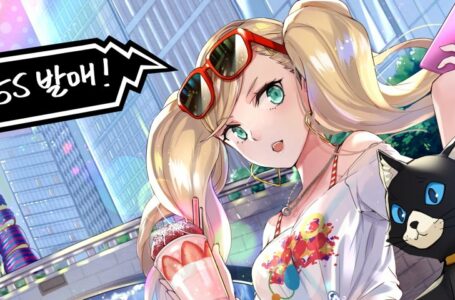 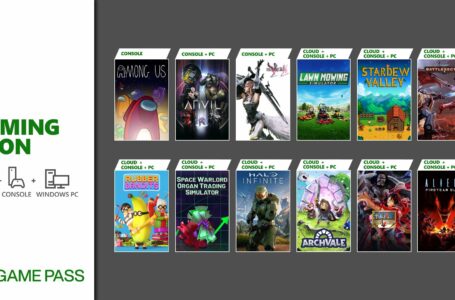