Over the weekend, our friends at The Escapist published a piece that argued we’d seen “enough medieval fantasy RPGs already”. And you may well believe that to be true to a certain extent — but it’s worth pointing out that medieval fantasy RPGs are by no means the only kind of RPG out there. So if you’re sick of ‘em, all you need to do is look a little further afield!

As Andrei Pechalin, author of the Escapist piece, points out, Japanese RPGs often eschew the conventions of medieval RPGs in favour of interesting and creative settings. He specifically cites Square Enix classics Chrono Trigger and Final Fantasy as well as Game Freak’s long-running Pokémon series as great examples — and these most certainly are great examples from gaming history. But they’re not the only examples… and more to the point, we’re getting new, highly creative, non-medieval RPGs from developers all over the world all the time. They never went away!

So let’s take a look at a fine selection of non-medieval RPGs — just the thing to cure a nasty case of Baldur’s Burnout. (They do a cream for that now, you know.)

You like classic-style Pokémon? You fancy some top-down exploration across a variety of different regions, 300 different monsters to catch across 11 different elemental types and an epic story where the stakes are a little higher than just becoming the very best (like no-one ever was)? Then you’re going to want to check out Nexomon Extinction.

Nexomon Extinction is a deliberate homage to classic monster-catching games from the 8- and 16-bit eras, but brings the old-school format up to date with modern high-definition graphics, nice animations and all the solid lessons we’ve learned about game design over the course of the last 20-30 years. Plus it’s not medieval in the slightest; the game’s diverse and interesting world is bursting with colour and beautiful scenery, and will constantly inspire you to keep journeying onwards, just to see what’s around the next corner.

Get Nexomon Extinction on PlayStation 4, Xbox One, Switch or Windows PC and Mac via Steam. You can get it physically for PS4 and Switch, too.

Part of Compile Heart’s inventive Galapagos RPG series of unashamedly Japanese role-playing games, Death end re;Quest and its sequel provide an intriguing blend of Sword Art Online-style “trapped in a video game” isekai, modern-day slice of life and Japanese-style horror. The games subvert many of the usual conventions of the RPG genre — particularly in terms of mechanics and structure — and offer memorable stories with a variety of unpleasant ways for the various characters to meet a sticky end.

Both games have a very distinct feel to one another and are eminently worth your time — and the unique blend of sci-fi, horror and fantasy is quite unlike anything else out there. Especially medieval RPGs!

Get Death end re;Quest on PlayStation 4 or Windows PC via Steam. You can get physical releases of both games in both standard and limited edition format over at Idea Factory International’s official store.

This ultra-stylish action RPG unfolds on the streets of modern-day Taipei and crosses the boundary between the real world and the plane of phantoms. As heroine Yang Yumo, voiced by prolific seiyuu Rina Sato, it’s your job to master your spiritual powers, vanquish your phantom foes and even summon the powers of the gods to complete your quest. And when you’re not wailing on evil phantoms, there’s plenty to do in the virtual district of Ximending, whether it’s forming bonds with your guardians, hanging out at local stores or tasting the best of the local cuisine.

Dusk Diver’s aesthetic is incredibly vibrant, blending well-designed, cel-shaded characters with vivid splashes of neon-infused, fluorescent colour. It’s about as far as you can get from trudging through a brown medieval swamp on the way to take out a camp of bandits.

Get Dusk Diver on PlayStation 4, Nintendo Switch or Windows PC via Steam. It’s also available as a physical release.

A fresh installment in Compile Heart’s Genkai Tokki series, and the follow-up to Monster Monpiece and Moero Chronicle, which you may recall from our “10 of the best RPGs under £10 on Steam” article. Moero Crystal is a vibrantly colourful first-person dungeon-crawling adventure in which you recruit monster girls, form a party from them and proceed to kick the snot out of a wide variety of distinctly saucy enemies.

With endearing characterisation, lovely art, insanely catchy music and an incredibly satisfying progression system, this is a game that will keep you busy for a very long time indeed. Plus I bet you can’t name the last medieval RPG you played where you could buff up Satan by taking her to a love hotel for an afternoon of “relaxation”. Eh? And you call yourself a ladies’ man, Geralt of Rivia.

Get Moero Crystal H on Switch. There’s also a physical release from Play-Asia.

Atelier Ayesha: The Alchemist of Dusk

There are many, many, many Atelier games out there and they’re all worth playing. If you’re reading this, you almost certainly already know about Ryza and her thighs, so I thought I’d highlight one that doesn’t get nearly enough love: Atelier Ayesha, first of the “Dusk” trilogy, which was ported to PlayStation 4, Switch and PC a while back.

Atelier Ayesha’s setting is unusual in that it’s not post-apocalyptic; rather, it’s pre-apocalyptic. There’s something in the air that is very, very wrong, but it’s hard to pin down exactly what. In order to uncover the truth, you’ll need to explore the Dusk series as a whole — but Atelier Ayesha does a great job of getting you intrigued and invested in what’s going on. And even if the “impending disaster” angle wasn’t there, the setting would still offer an intriguing change from the medieval “norm” with its Germanic-inspired architecture, sweeping rural vistas and massive ruins of a lost age.

Atelier Ayesha is available on PS3 and Vita, but its most up-to-date “DX” versions (which include all past DLC) are available on PlayStation 4, Switch and Windows PC via Steam.

Another fabulous dungeon crawler from Compile Heart, Mary Skelter plays with the darker side of fairy tales — you know, the real side of fairy tales — to deliver a stylish, blood-soaked horror adventure with a brooding atmosphere, some sprawling dungeons to explore and some immensely satisfying combat.

Given that this is a Compile Heart game that managed to achieve a certain amount of mainstream recognition even from critics that don’t normally give the company the time of day, that should give you an idea of how special this is. Plus the Switch release of Mary Skelter 2 includes the entire first game as an unlockable extra. That’s more than enough dungeon crawling to keep you busy for a good few months!

Get Mary Skelter on Steam or, if you’re a true believer, Vita. Mary Skelter 2 (which includes the original) is available on Switch.

Snack World: The Dungeon Crawl Gold is a vastly underappreciated game from Level-5, creators of Yokai Watch, Dark Cloud, Rogue Galaxy and Professor Layton. Initially, the game might seem to be something of a Diablo-like with its randomised dungeons and emphasis on exploration, loot and combat. But as you spend more time with the game you’ll discover it’s a much more deliberate sort of affair, where combat rewards patience and timing rather than button-mashing. It’s a ton of fun in multiplayer, too.

Snack World’s colourful, cheerful setting plays with the tropes of classic medieval fantasy by blending them with modern-day consumerism and our collective obsession with mobile devices. You can obtain stat bonuses by wearing the items that are trending online that day, and capturing new monsters — the titular “snacks”, who can be used as party members to fight alongside you — is achieved by snapping a photo of them with your virtual phone’s camera.

Get Snack World: The Dungeon Crawl Gold on Switch. There’s a physical release, too.

Trails in the Sky/Trails of Cold Steel

Falcom’s Trails series, consisting of three Trails in the Sky games, four Trails of Cold Steel titles and a few as-yet unlocalised installments, is notoriously huge and rather daunting to get into, but hard to beat so far as incredibly well-realised, non-medieval settings are concerned. This is a series that has it all — giant robots, perpetually drunk onee-sans, constant will-they-won’t-they romances that the longest running anime series would be proud of… and, of course, some top-notch stories that will keep you busy for a very long time indeed. These are games to play if you love immersing yourself in a fantasy world and getting to know your party members really well — you’ll be spending a long time with them, after all.

Well, since we’re all supposed to be staying inside right now, there’s no better time to get involved with a series of seven (and counting) games that take between 70 and 100 hours each to play, now, is there?

The Trails in the Sky games are available on PSP and PC. Trails of Cold Steel is available on PS3, Vita, PS4, Switch and PC, with the latter three versions offering the most up-to-date experience.

This oft-overlooked title from Nippon Ichi Software follows in Chrono Trigger’s illustrious footsteps by being based around a time travelling concept. As protagonist Sherry, it’s up to you to figure out why time has stopped in the land of Clocknee — and why all the household appliances appear to have suddenly become aggressive monsters.

Destiny Connect features an appealing visual style somewhat reminiscent of Pixar and Dreamworks animated movies, plus an absolutely banging soundtrack that should not be missed. It’s not a very difficult game, either, making it a good title for RPG newcomers to explore — but don’t pass on it if you’re a grizzled old veteran, as there’s a lot of enjoyment to be had here in an unusual, highly creative and, most importantly, non-medieval setting!

Get Destiny Connect: Tick-Tock Travellers on Switch or PlayStation 4.

And we cap things off with one of the most well-known non-medieval RPG series out there: the joyful, colourful, satirical world of the Neptunia franchise, which has been with us for over ten years at this point. Neptunia unfolds in the world of Gamindustri, ruled by personifications of the PlayStation, Xbox and Nintendo brands — plus our heroine, the embodiment of Sega’s never-released Mega Drive/32X hybrid “Neptune” project. Each game pokes fun at a particular aspect of gaming culture, with Megadimension Neptunia V-II taking a sidelong glance at the changeover of hardware generations and the never-ending battle for third-party support.

Neptunia’s world is colourful, inventive and well-realised. Best of all, you can jump into the series at pretty much any point and have a good time — and if you really enjoy yourself, there are lots of other games out there where you can spend more time with these fun characters.

Get Megadimension Neptunia V-II on PlayStation 4, Switch or Windows PC via Steam. 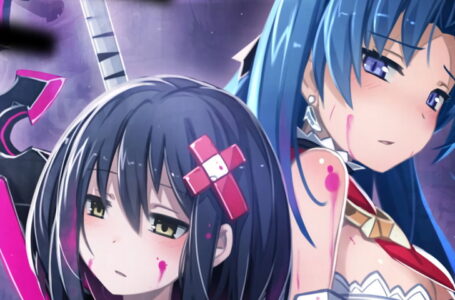 5 of the best JRPGs on GOG 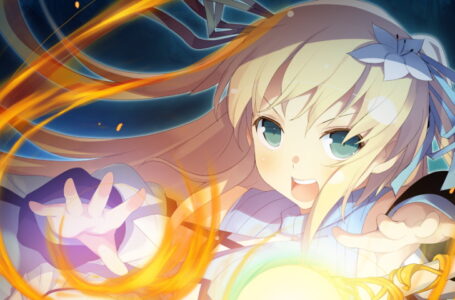 5 of the best non-final boss themes...