ININ Games bringing more Cotton titles to the west in 2022

The original Fairy Fencer F was one of the most polished Compile Heart titles when it was released in 2014 for the PS3. Fast-forward two years and we got our hands on Fairy Fencer F: Advent Dark Force, the PS4 remastered version of this game. Are the numerous improvements enough to warrant a repurchase? Keep reading and find out.

Long ago the Goddess and Vile God fought a massive battle, ultimately both succumbing to a deep slumber by the time it was done. Countless ages have passed since then and all that remain are numerous legends as well as ancient weapons known as Furies, which were used in this long forgotten battle.

However, the story is actually not concerned with any of that in the beginning, opening instead with our protagonist who is the literal embodiment of laziness. He would rather spend his days lazing around and eating than doing anything useful. When he manages to pull a sword out of a stone, à la King Arthur style, he is more interested in bartering it for a loaf of bread than going on an epic quest to revive the Goddess with the help of an amnesiac fairy that popped out of the aforementioned weapon.

As you may have guessed, the humor is a real strong point in Fairy Fencer F. Even from the opening scene we were in stitches, but just as you think that is all the game has to offer it introduces totally insane yet memorable characters that keep the comedy rolling. The sheer number of them does mean that not every character gets the same screen time. Thankfully Advent Dark Force even has additional scenes fleshing out the previously overlooked characters. The anime-like plot means that this is one story, that even if predictable at times, is never dull. There are fairies, magic, robots, sickeningly cute mascots, you name it. And even with the totally over-the-top events that take place the story is surprisingly coherent, which is particularly impressive since this is from the developers that brought us the absolutely bonkers Hyperdimension Neptunia series.

Right from the get-go you will see differences between the remastered and original version. You now have the option of selecting either an easy, medium or hard difficulty. Instead of a painless escape from the opening prison scene, Advent Dark Force makes a whole new introductory dungeon of this segment. And these additional dungeons are sprinkled throughout the whole adventure. Similarly, Advent Dark Force now allows you to go down one of three paths, The Goddess story, the Vile God story and the Evil God story. While the original tried to imply that your choices had consequences, the fact that there were no different paths was ultimately a letdown. This is no longer the case with Advent Dark Force. Where the Goddess route is the same as the one from the PlayStation 3 version, the other two go down a darker route, determined by from who you remove more binding swords, The Goddess or the Vile God.

Anyone who ever played a Hyperdimension Neptunia game, or any other Compile Heart game for that matter, should be right at home with Fairy Fencer F. Even though combat is turn-based, you can freely position your characters and attack however you want. Correctly placing your party members and making use of area of effect skills can be the difference between a swift victory and a slow and painful defeat. If you do get yourself in a tough spot you can switch an active party member with another one waiting as a reserve, protecting your weakened characters. Battles now allow you to bring up to 6 characters, as opposed to the previous game’s 3. This is a huge improvement, even more so when your party starts growing exponentially.

Of course, we mustn’t forget Fairize, the iconic transformation in which a character fuses with his weapon fairy into a more powerful version. Aside from looking really cool, the Fury Form can be a game changer in though battles. And while the core gameplay is fairly straightforward, there are a lot of small details here to keep you engaged. From card collecting, to world shaping, to trying to conquer the everlasting dungeon. Fairy Fencer F was a really solid looking game on the PlayStation 3. And while it definitely is starting to show its age, especially when put next to modern PlayStation 4 exclusives, the remake does well to keep its last-gen wrinkles hidden. The occasional muddy texture here and there is easily overshadowed by the resolution increase, meaning that both the stunning live 2D artworks and stylish action-oriented 3D scenes now look super sharp. The game may have struggled to run smoothly on the PlayStation 3, but that is no longer a problem for the more powerful hardware in the PlayStation 4, so you can finally enjoy the super cool special attack sequences without a hitch.

While the game may not be a technical marvel, its art design and music really keep it above the crowd. Not a small part of this is thanks to Final Fantasy’s legendary composer Nobuo Uematsu, as well as the famous illustrator Yoshitaka Amano, who worked on some of the most influential anime and games including Final Fantasy, Front Mission, Vampire Hunter D and The Heroic Legend of Arslan. As it stands, Fairy Fencer F: Advent Dark Force is an improved version of one of Compile Heart’s best games to date. The improved visuals and additional routes do definitely contribute to the experience. However, like most other remasters of modern games you might be hard pressed to justify a double-dip. Newcomers on the other hand shouldn’t miss out on Advent Dark Force, which may very well may rank among the best and most well thought-out JRPGs in years.

On the flop with Poker Pretty Girls... 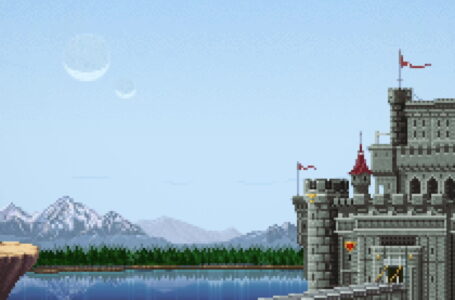