There have been some truly great games coming out of Indonesia in the last couple of years. And games from this region tend to have a distinct feel about them, too; more often than not, they’re games that acknowledge how beautiful and expressive the games of the past could be with relatively limited resources, but also add a few more modern flourishes atop their retro inspirations.

There’s the wonderful visual novel Coffee Talk, which blends Japanese home computer-style pixel art visuals with a delightfully chilled out modern jazz soundtrack; there’s the upcoming A Space for the Unbound, which is a modern take on the old-school graphic adventure. And there’s the subject of this article, Rising Hell, which is one of the most satisfying action roguelikes I’ve had the pleasure to play for quite some time — featuring some drop-dead gorgeous pixel art and an absolutely face-melting Gothic rock soundtrack.

Rising Hell sets things up with the story of Lucifer’s fall and his imprisonment within a gigantic tree called the Zaqqoum, the “tree that springs out of the bottom of Hell” as described in the Islamic holy text, the Qur’an. We join our story as three demons are hatching a plan to break themselves out of Hell and break the seal on Lucifer in the process; ever one for temptation, trickster demon Mephisto informs them that the only way for them to succeed in this plan is to defeat the four archdemons guarding the realms above them using the weapon he has conveniently developed, known as the Hellsbane.

What then follows is a series of vertically scrolling platformer levels in which you have to battle your way from the bottom to the top, smashing enemies and collecting their souls along the way. At the top of each section, you have an opportunity to spend some of those souls on upgrades to your abilities that will remain in place for the rest of your current run. Some will change your base abilities such as your attack strength; others will make it more likely for health items to drop, or increase the amount of souls that enemies drop, or provide special effects when you take damage or defeat enemies, or… you get the idea.

It’s a familiar format by this point, so any game deciding to adopt this formula needs to do something a bit special in order to stand out — particularly when there are already some very strong examples like Hades out there.

Thankfully, Rising Hell does plenty to distinguish itself. Its vertical layout provides a very distinctive, memorable feel to its levels, and the different environments you proceed through as you make progress in your journey are varied and interesting, not just in terms of the background scenery, but also with regard to the enemies and hazards you’ll be facing, too.

The initial, most obviously “hellish” world, for example, is full of spike traps, sharp blades and other bloodstained implements of death and dismemberment; proceed to the more plant-inspired second world, however, and you’ll have to contend with areas flooded with toxins that require you to defeat the enemies around you before you choke to death, poisonous vines and all sorts of other nasties you’d find at the bottom of your garden if you haven’t given it some love and attention recently.

Probably the most distinctive thing about Rising Hell is its wonderfully fluid gameplay, however. Each of the main playable characters has their own basic attack that can be triggered manually — and pleasingly, they’re not all melee characters, providing some much-needed gameplay variety — but the highlight of the experience is a mechanic called “Hellbreak”, where your character grabs an enemy and inflicts extreme amounts of violence about their person.

In order to perform a Hellbreak, all you need to do is make contact with an enemy in mid-air, usually by jumping into or falling onto them. Simply making contact with enemies doesn’t do damage to you in Rising Hell — though you will need to time any attempts at a Hellbreak carefully to ensure you don’t launch yourself at a foe just as they’re unleashing an attack.

Successfully carrying out a Hellbreak deals a significant amount of damage and also allows you to jump off the enemy; there are several stages in the game where making use of enemies as “platforms” in this way is essential to proceed, so it’s very much worth getting used to the idea of chaining Hellbreaks together as soon as possible.

The fact that regular attacks can easily be chained into Hellbreaks and back again is what gives Rising Hell a delightfully slick, fluid feeling. Combat feels like it flows continuously, and the levels are designed in such a way that you can often easily get from the bottom to the top of a particular stage in one full combo. Indeed, you’re encouraged to do just that with a combo meter in the corner of the screen, with higher scores on offer for those who pull off the longest chains.

This sense of fluidity works particularly well in the boss encounters, which often demonstrate significant influences from bullet hell shoot ’em ups. By making use of the “trash” enemies that show up during boss battles, you can make clever use of Hellbreaks to traverse the arena and stay out of trouble while dealing damage to the boss. And it’s consistently super-satisfying to nimbly dodge a barrage of bullets or lasers, then swoop in for an agile and graceful yet brutal Hellbreak to the face.

Structurally, Rising Hell is interesting, too. Each “world” is split into several distinct, named regions, each of which is procedurally generated but includes particular specific hazards or mechanics. The more you play, the more you’ll come to recognise the different region names and figure out which ones you might prefer to avoid — or which ones you find most enjoyable to fight your way through.

Aside from the main Conquest mode, Rising Hell also features a Gauntlet mode, which allows you to take on smaller, self-contained challenges such as a string of enemy encounters, a single boss battle or a frantic climb up a single stage using the Hellbreak mechanics before a slowly rising deathtrap catches up with you. All of these are great ways to practice the stages and hazards you’ll encounter in a Conquest run, and they never feel like a waste of time, since you can still earn the points and items you need to unlock additional game content in these Gauntlet challenges as well as in Conquest.

So far as unlockables go, Rising Hell features three playable characters, two of whom need to be unlocked using collectible “Blight” tokens throughout gameplay. Besides them, a number of “Relic” items, which also cost Blight tokens to unlock, allow you to start the game with a particular benefit in exchange for a roughly equivalent drawback of some description, giving your run a slightly different feel. And the more you clear the game, the higher “Agony Level” you can play at, allowing you to challenge yourself further and keep the game interesting as your skills increase.

The game as a whole is beautifully presented, with the exaggerated announcer’s voice and crunchy sound effects bringing to mind arcade classics of yore, and the thrashing yet tuneful soundtrack providing a constantly energetic feel to the action. It looks great in motion, too, with the delightfully fluid feel of combat helped along by some excellent animations and special effects that give the game plenty of personality despite its overly familiar concept and setting.

The one area where the game might feel a little lacking to some is in terms of narrative; although the Conquest mode promises the opportunity to “discover the lore of Hell”, there’s no real narrative development during gameplay, no dialogue from our playable characters and a somewhat clumsy translation to English in a fair few places. One gets the distinct impression that de-emphasising the narrative was a deliberate choice, however; it helps the game focus on its pick-up-and-play arcade-style feeling and certainly doesn’t hurt the experience as a whole.

Rising Hell is a thoroughly lovely coffee-break action roguelike that is friendly to quick play sessions, but provides enough longevity to keep you coming back for more. Its relatively short individual runs make it an especially good game to have on hand for when you don’t have a lot of time but still feel like kicking some ass, and its varied unlockables mean that each run can feel markedly different from the last if you want it to.

It’s another winner from our friends in Indonesia, in other words — and further proof that south-east Asia is a region of the world that fans of great games should be paying more attention to if they aren’t already.

Rising Hell is available now for PC, Switch, Xbox One/Series and PS4. Thanks to distributor Chorus Worldwide for the review code. 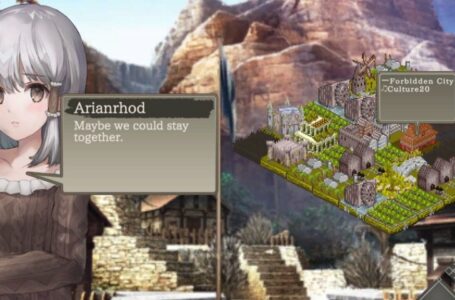 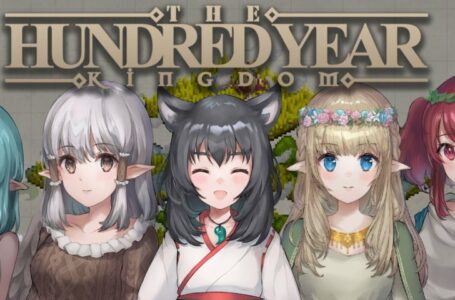