Koei Tecmo took me through one of the early missions in Samurai Warriors: Spirit of Sanada (Sanada Maru in Japanese). It’d been a while since I played a Warriors, so I was a little worried at being rusty, until I remembered — you can’t really be bad at a Warriors game. Mechanically Sanada is as glorious and as satisfying as ever.

The premise of Sanada is an exciting and simple one — yet feels incredibly fresh for a Warriors title. It centres specifically on the Sanada clan, giving the game a lot more focus when it comes to the story it’s telling with each stage. Rather than simply trying to make the latest Samurai Warriors even more sweeping and all-encompassing, Omega Force have instead take the time to create a spin-off project that instead drills down deeper into one thing in more detail, and it shows in each layer of the game we looked at, from the battle to the towns.

Warriors games are one of the best hack and slash games out there, and have become a genre unto itself: Warriors

Which isn’t to say that it’s unusual for a Warriors game to focus on story. In fact, the series has been retelling the same story for years now, and somehow only getting better each time. The Samurai Warriors series retells the historical events of the Sengoku era. Yes, the Warriors games are one of the best hack and slash games out there, and have become a genre unto itself: Warriors (or Musou). But most Warriors fans are just as in love with the historical narrative, be it the conflicts of power in 16th century Japan in Samurai Warriors, or the Late Eastern Han Dynasty — “romance of the three kingdoms” — of Dynasty Warriors.

But the story is so sweeping that in the classic Samurai Warriors telling of the history there’s a lot that doesn’t get its own time to shine. The Sanada’s sense of heroism and dedication to the cause they were fighting for was one of the main inspirations for focusing on their clan in this particular game — their motto being “survive until life is no more”.

Yukimura Sanada is already a pretty popular character in the series. There’s also a pretty popular J-drama at the moment about the clan too, on the NHK network, Sanada Maru — which Marilena Papacosta (Koei Tecmo’s Head of Global Marketing), told me they had already collaborated on with the show’s creators. They definitely have their own and unique story to tell.

Spirit of Sanada has some different twists within that usual form

Yukimura Sanada is the most well known of the Sanada clan, but it won’t just be his story, but that of the whole clan — covering their initial rise to prominence, through to most of Yukimura’s life. I was told there would even be portions where you would play as Yukimura’s father, Masayuki Sanada, and a young Yukimura in his first battles. It’s all about the clan’s story.

Of course story isn’t all there is to it. Spirit of Sanada will be packed with the same ultra satisfying hack and slash action that you expect from Omega Force, who are basically the masters of their own genre. The maps and general feel of the structure of the stage’s will be familiar to those who have played Warriors before, but Spirit of Sanada has some different twists within that usual form. There seems to be more mission variety, such as an escort mission, or one that tasks you mainly with getting from one area to the other in a large map, stopping off along the way.

There’s also an interesting day/night cycle to the battles now too. Battles start off in a particular time of day, but can change as you progress. Each come with their own risks. You can get the jump on enemies at night, but your mini map will be much more restricted, only showing enemies within a small circle of you character. In the day you can see everything as usual, but the battlefield will be much more crowded.

As for the hack and slash? No issues here — everything is super fluid, and the attacks have impact but at the same time don’t feel like they take too long to get out. You can summon commanders to help you out, unleash special moves, and all of that sort of thing.

You don’t always need to go bigger each time.

Spirit of Sanada is showing tremendous promise so far. You don’t always need to go bigger each time, and it’s a very interesting prospect to instead dive deeper into a more detailed look at one aspect. The Sengoku era is super fascinating and interesting anyway, and it’ll be more of a ground level look than ever before, while giving a detailed look at one of the most intriguing players in that era of history.

Samurai Warriors Spirit of Sanada launches on 26th May for PS4 and Steam. 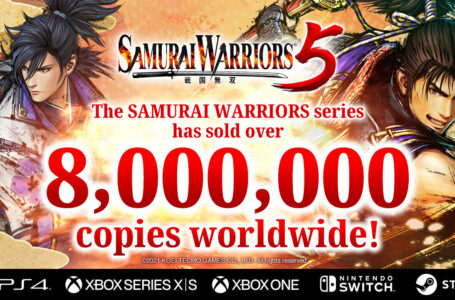