DEMONDICE, also known simply as Karen, is an American rapper, singer, animator and music video producer who lives in Japan.

She’s also a talented illustrator, graphic designer, sequential artist and web designer, and has been producing excellent work online since 2016 — her first video was a video for the song Fade to Future by Japanese group TamaOnSen.

She subsequently became the official music video producer for Japanese pop duo FAKE TYPE., with whom she often tours, and is also the music video director and animator for FAKE TYPE. member THHK, also known as TOPHAMHAT-KYO.

But for many fans, the real attraction of DEMONDICE is her own original work. And, for sure, there are some absolute bangers among the stuff she’s put out over the years. So let’s take a look at some of her best tunes from over the years, shall we?

By far DEMONDICE’s most popular video and song — the YouTube video sits at 4.6 million views at the time of writing — Alkatraz provides an excellent blend of electro-swing and DEMONDICE’s characteristically rhythmic, staccato rapping. It’s an immensely satisfying piece of music to listen to, and the music video — animated and designed by DEMONDICE herself — is an absolute delight, particularly as it includes the full lyrics.

While DEMONDICE’s music is easy to appreciate simply by letting the overall sound of it wash over you, it can be enjoyed on a whole new level if you can actually parse out the rapid-fire lyrics while she’s spitting them out. And a subtitled video is just the ticket if you want to engage with her music in a more “active” way.

This is one of many tracks DEMONDICE has put out that presents a scathing critique on modern society — particularly the inherent fakeness of social media culture. In this song, she criticises those who use “depression as a fashion accessory” and “sad boys zombified inside the hungry eyes of SNS princesses” — and if you’re of a certain age, the gritted-teeth (yet remarkably restrained) rage DEMONDICE expresses over the course of this song will resonate deeply.

“Digital celebrities been workin’ for the weekend / I can’t knock their hustle but I can knock their teeth in / Glamourising weak, thin and breakable / Critiquing is inevitable, shut my mouth for long enough, I’m speakin’.” Please do. And keep doing so. I love it.

One of DEMONDICE’s most delightfully silly, self-aware songs, Gang Gang, Kawaii!! simultaneously demonstrates great affection for and a willingness to laugh at the absurdity of otaku culture. Featuring such gems as “all these dudes I wanna screw are into 2D and that’s okay / ‘Cause if I had a dick I would stick it in somethin’ moe” and “when I say ‘3D’, you say ‘hoshikunai’ (3D! hoshikunai! 3D! hoshikunai!)” this truly is an anthem for our modern age.

Also that music video is something else. It takes both guts and great talent to deliberately make something that looks like a 12 year old made it in 2010 and somehow make it incredibly compelling.

Another wonderful track critiquing modern society, you’re an ace, kid is actually a rather uplifting song about keeping your head held high even in difficult circumstances — or when life hasn’t quite worked out the way you thought it would.

“The road to freedom can’t be seen by downcast eyes / So raise your gaze up ’til you’re ten feet tall / And shake your fist at the sky! / Refuse to die or let them make you small / ‘Cause they love just to see you convinced / You’re just a ‘brick in the wall'”. Words to live by. Hold that head up, dear reader.

Where to enjoy more DEMONDICE

DEMONDICE has a full portfolio of her art and music on her website, with most of it available on a variety of platforms including Apple Music, Spotify and YouTube. She’s also got a Bandcamp page where you can buy or gift digital copies of all her albums and EPs as well as streaming them; if you want to support her work directly, this is a good way of doing so.

And if her voice sounds a little bit familiar… well, I couldn’t possibly comment. But let’s just say that there’s more DEMONDICE out there than you might think at first glance.

Love your music? Check out our other features on the subject! 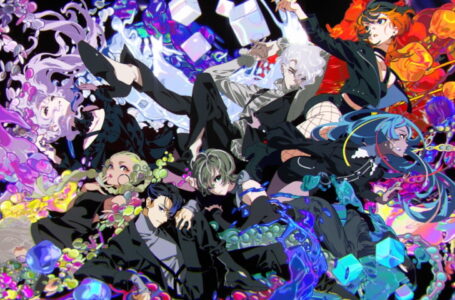