Note that it’s actually fairly difficult to find “legitimate” copies of these videos these days. Where possible, we’ll provide links to legitimate DVD or Blu-Ray sales — but otherwise you’re on your own. You’re a resourceful lot, though — I’m sure you’ll track down the things you’re particularly interested in.

Bible Black tells the story of academy student Taki Minase, who discovers the titular book while exploring the obligatory abandoned room in his school. After translating the book from its Latin-French origins, Minase discovers that the book provides instructions for dark magic — and he decides to make use of it for both his own benefit and to help his friend Ayumi. Things get a little complicated from there, shall we say.

The original video game is actually a fairly involved, lengthy affair with dating sim mechanics rather than simply being a visual novel. By contrast, the anime adaptation gets pretty much straight to the point, presenting a series of vignettes that each feature one of the main heroines, culminating in an explicit and immensely hot (albeit relatively vanilla) sex scene.

If you enjoy this one, also check out its companion piece Pretty x Cation, which also began life as a video game — this time only in 18+ form for PC. Sadly, none of the games have been officially localised, and the anime adaptations haven’t had an official English release either. 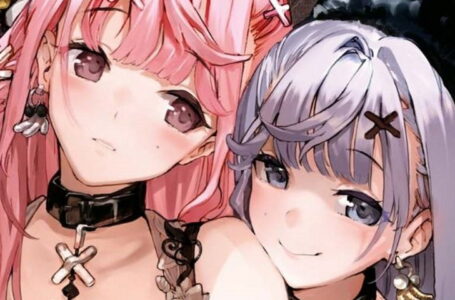