If you’re like everyone else in lockdown right now, you may find some comfort in playing some Animal Crossing. That is of course, until you need to start collecting iron nuggets, which are notoriously hard to come across. Let us tell you how to get iron nuggets in Animal Crossing New Horizons!

So, in order to collect iron nuggets from your own island, you’ll need an axe or a shovel, and some rocks. It’s important however that you don’t use an ‘axe’ – and instead use a flimsy or stone axe. If you use a real axe, and you’ve eaten some fruit, you will break the rock and have to wait days for it to respawn. I’d recommend using a shovel just to be safe.

a hot tip: if you dig two holes like this it will prevent you from bouncing back while hittin da money rock! #AnimalCrossing #ACNH pic.twitter.com/zZjTuuqRWi

Every time you hit a rock, there’s a chance you’ll receive an iron nugget, amongst other things like gold or clay – and you can hit them a maximum of 8 times each. Annoyingly, each time you hit the rock, you’ll bounce backwards and have to re-adjust. To combat this, simply dig a hole behind your character before you hit the rock, and you won’t be able to move backwards.

how in the world am i gonna find 30 iron nuggets.. tom nook lost his mind pic.twitter.com/MaNOEAVQeh

So what happens when you run out of rocks?

You can still get iron nuggets in Animal Crossing New Horizons when you’ve used up all your rocks. Every now and again, you’ll see a floating present in the sky. Pop the balloon, and there’s a chance you’ll receive iron nuggets in the gift. That’s quite hard to rely on though. A more consistent, but time consuming approach, is to save up 2,000 Nook Miles by doing various Nook Mile + activities. Use your 2,000 Nook Miles to buy a ticket to another island. When you fly to the island via the airport, you’ll likely find at least 3 more rocks for you to unleash your shovel fury on.

If you’re early on in the game, you’ll need 30 iron nuggets to build Nook’s Cranny, and it can be a bit of a struggle. But if you follow the advice above, you’ll soon enough collect enough iron nuggets!

Are you searching for iron nuggets? 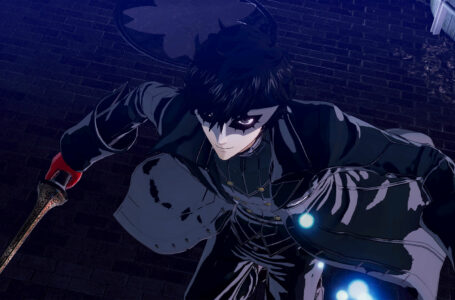 New things to do in Gal*Gun Returns...

How to get Aoi’s true ending in...