But that’s okay because it’s human nature. It takes practice – NO, it takes GUTS – to leave your gaming favourites on the shelves. And then it takes more than just guts to browse the store – then pay! – for something that you a) have never heard of b) don’t like the look of, or c) don’t think you have any interest in whatsoever.

After all, you’ve worked hard for your money (well, some of you have) and the last thing you want to do is just throw it away on something you might not like.

Better to play it safe. Better to go with something you know.

There’s a reason why people like to buy Call of Duty every year. If it’s got a picture of a soldier holding a gun on it, they’re assured it’s going to be both manly and satisfying. They’re happy with that. It’s comforting. But there’s a problem with taking a blinkered approach to game purchases – you miss out.

You REALLY miss out.

Now I’m not suggesting for one minute you should throw caution to the wind and blow £50 on Hello Kitty: Roller Rescue – despite the fact that that game is far better than it has any right to be. No, all I ask is that for once, just once, you take a deep breath, do a little browsing, and put your money down on something that you’d never, in a million years, have expected to buy.

Because when an unexpected game experience takes you by surprise – there really is no greater feeling. The thrill of playing something completely alien to you and enjoying it for its newness, is one of the greatest pleasures our pastime has to offer.

When you play a sequel to a well established series, it’s inevitable that it feels kinda…. familiar. It’s not a bad feeling perse, and the likes of Halo, Assassin’s Creed can always be relied upon to be entertaining – but do they ever truly, make your hair stand on end?

Is there any genuine, pre-guilt, ‘I’ve just-cheated-on-my-girlfriend’ magic there?! I don’t think there is.

A little story as an example. A friend of mine recently went to buy Halo 4 – nothing wrong with that of course – but I know for a fact that he found ‘ODST’ and ‘Reach’ a little dull. I asked him, what did he honestly expect to find in 4? A radical change in gameplay?

Rightly or wrongly – and I must sound like a real pain in the arse here – I persuaded him to pick up XCOM instead. He resisted of course – he referred to it as ‘turn-based shit’ – I told him I was considering ‘dating his sister’.

We left the store with XCOM.

Goddamn, if I haven’t been able to shut him up about it since. XCOM this, XCOM that. Endless tales of how his favourite soldier was killed by aliens. It makes for some tedious conversation (and I’m giving serious though to terminating our friendship in favour of his lovely, lovely sister) but I’ve never heard him talk so enthusiastically about a videogame before.

Would he have recounted, with such fervor, how he single-handedly took on Covenant forces? Again? Of course not.

So why am I saying this? Well I guess it’s long been my mission to champion the underdogs in gaming. To weed out the obscure, to shout from the rooftops about something interesting I’ve discovered. It just so happens that my passion lies with Japanese videogames – but this desire to find the new, to sometimes force yourself to play something different, has reaped huge rewards for me. Without Final  Fantasy Tactics, I’d never have played Fire Emblem. Without taking a punt on Killer 7, I’d never have discovered Suda 51. If I hadn’t taken a leap of faith in Viewtiful Joe, perhaps I wouldn’t look forward, with such interest, to what Platinum Games have to offer.

With the exception of canine molestation, making yourself try something you’re wary of is often a gateway to untold pleasures. This is particularly true of doujin games, which I previously made NO effort to familiarise myself with. Now that I have, there’s a vast selection of games out there that I’ve opened my eyes to – many of which I fully intend to share with you right here.

Whether you’re interested in doujin titles or not, the fact remains, at this stage in the console cycle – there has never been a better time to broaden your gaming horizons. While the morality of second hand sales is worthy of its own post one day, there’s no denying it gives a great opportunity to dip into some older games, to try something new, or to pick out a game that slipped you by a couple of years ago, and give it a punt. It amazes me just how many superb niche titles are available around the £10 mark – hidden gems that are worthy of your attention.

Whatever your chosen format, I’d like to challenge you to put aside a tenner – walk into CEX, Game – wherever you have nearby with a good second hand selection – and just pick out something that you’ve not heard of, or that you think you might not like. Chances are, not only will you enjoy it, but you could open the door to a new genre, new developer and a new love affair with gaming.

And if you’re still scared? you could always refer to Metacritic while you’re browsing… you know… just in case you ‘accidentally’ pick up Resident Evil 6 or something…

His view are not necessarily those held by Rice Digital or it’s partners. 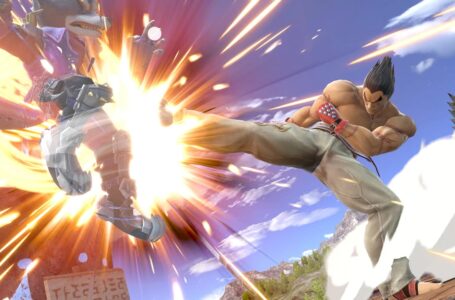