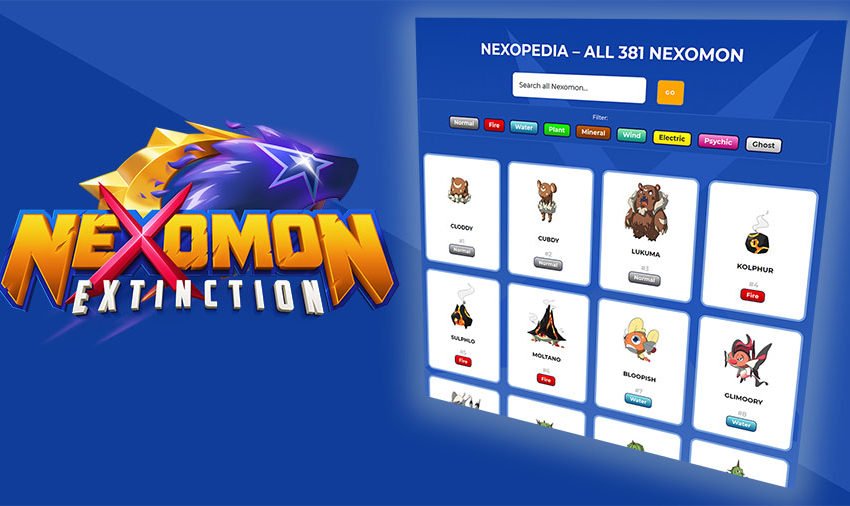 PQube and VEWO Interactive Inc. have unveiled a majority of the Nexomon that will be available in their upcoming monster collecting game Nexomon: Extinction.

The newly released Nexopedia has given us more information on each of the available Nexomon featured in the game, including their element, base stats, and possible evolutions. Of the 381 available Nexomon, a small handful have been hidden, so you’ll have to play the game to see them all.

Alongside the Nexopedia is a closer look at Nexomon: Extinction’s world map, showing off the areas that players will be able to explore in the final game.

Nexomon: Extinction releases on the 28th of August this year, and will be available on PC via Steam, PlayStation 4, Xbox One and Nintendo Switch.

A description via PQube:

Nexomon: Extinction captures the charm of the genre’s roots and releases with a whole lot of content for a game that’s not full-price and boasts about 20 hours of playtime (collecting all Nexomon not included!):

If you’re after some more info on Nexomon: Extinction, check out the official website.

3 Things We Want from Persona 6