As an otome enthusiast, I have long since abandoned the mobile market for reasons I have previously covered, such as paywalls and the amount of time it takes to experience a single route causing me to lose interest.

But the appeal has always been there, evident by my affection for many love interests who originate from mobile otomes; they were my first exposure to the genre, after all.

As an otome enthusiast who grew up with games from Voltage’s rival NTT Solmare on mobile, I feel that I am part of the small minority who has yet to experience a Voltage title in the year of 2021. So I was curious: what is all the fuss about, and are they deserving of their popularity?

In an attempt to answer that question, I have finally splashed out my money on one of Voltage’s many ports to the Switch: Star-Crossed Myth — which is, in turn, split into two main packages called The Department of Wishes and The Department of Punishments.

To cut to the chase: yes, it is worth it, and you can escape from any further reading and just go straight to playing it instead — but for those who need further convincing, let’s first discuss its price tag.

The port on Switch has a major benefit over its original place on mobile devices: it works out much cheaper buying both packages on the Switch. The investment covers almost everything of the original game, with only a few short side stories available as additional DLC.

It also is the only port of Voltage’s games to include all of the love interests as of now, with a whopping 12 across the two packages. And it does not hurt to know that Star-Crossed Myth is often one of Voltage’s best regarded games, so it makes for an easy recommendation for any newcomer to the developer. So with that out of the way, let’s get into its content.

In Star-Crossed Myth, we are a reincarnated goddess, who is, of course, initially none the wiser to this fact. In short order, a group of highly attractive men make their presence known in the comfort of your home.

Both bundles’ very short prologue progresses with the same events transpiring; this fated meeting occurs as the result of our heroine making a wish on a fallen star. Cue the arrogance as I introduce you to the Minister of the Department of Wishes, Leon, who of course rules the constellation of Leo and is the first to make an impression.

He comes across as obnoxiously sure of himself, but he deserves to be confident — his power as a god rivals the King himself.

He’s quick to state his view of humans as being merely “goldfish”, and even believes our main character — with “stars in her eyes” — is not worth all the attention, despite her being a reincarnated Goddess who could potentially return his godly status back to him.

If you decide to give him what he wants with your undivided attention by going through his route, it’s an early sign of how well developed its love interests are despite their short main stories.

No matter how unlikable the god might be initially, their development or origins all have a substantial amount of weight to them that helps to explain their current perspectives and actions.

There’s a lot to enjoy when learning about their backgrounds, how they view humanity and other themes many of the routes touch upon.

For example, Scorpio is, alongside Leon, also one of the most off-putting, arrogant and condescending love interests across the 12 of them. He has a sharp tongue that dishes out frequent insults and is a classic tsundere — but as a character of this archetype, he of course also has some of the best development in the title as his softer side emerges. His origins are easily one of the most touching due to the uniqueness of his circumstances, and his warming up to the MC is well developed, topped off with an emotional end.

Each of the love interests were exiled from godhood for committing a sin; no two of these are the same, and they are rarely straightforward. They must each learn the lessons the King of the Gods set for each of them to retain their powers and regain their status, and this fits nicely into the narrative as the love interest’s final destination for their character development and growth within the main story chapters.

Despite how initially loathsome and repulsive many of the Department of Punishments members might come across as, the story explores how its gods view their punishments as carrying out justice while still being kind at heart. And even in the Department of Wishes, there are many deep and heart-wrenching storylines, despite being about the more positive side of godly duties.

For example, Teorus, despite having a troublesome melodramatic shift in personality during his route, has a touching backstory that is ironically grounded as relatable despite him being a god. He’s a flirtatious playboy who is quick to show off to us, but any connection deeper than surface level reveals his inner turmoil as he struggles to accept true love.

Meanwhile, the genki goofball that is Ichthys hides a pain that is all too familiar to humans, making him one of the most compelling and sympathetic characters.

The focus on astrology is a really well thought out premise. The amount of attention and detail in the gods’ characterisation truly captures the essence of their signs, and will be entertaining to catch for anyone familiar with astrology. Leon being compared to a lion due to his strength is just the tip of the iceberg in this case.

And it’s nice to see a more mature heroine, too — this is something Voltage has always been good at. Our heroine here has a full-time job at a planetarium based on her love of the stars, and she is quick to stand up for herself and defend her own ideals even if it’s in front of a council of gods.

A flavourful serving of otome goodness

Not only do the routes provide plenty of entertainment in their own right, but the thought put into the characters’ backgrounds, relation to their constellations, and their dynamics with one another are also impressive merits to the game. The conflicts that arise from their often clashing relationships and values are refreshing as points of narrative progression in an otome title.

Additionally the layers of lore revealed with each side story unlocked provides plenty of incentive to continue playing through our heroine’s story. In fact our heroine’s own origin revelation is a wonderful detail, and reinforces how feel-good and positive of a main character she is.

On top of a well paced main story, the optional side stories add even more characterisation to the beloved cast and deepens the pairings in a way we tend not to see in console releases, other than through fandiscs.

Overall, Voltage’s Star-Crossed Myth has a thoroughly enjoyable cast of characters, an appealing premise — and seeing that good old off-screen hinted at spiciness on the big screen instead of on a tiny mobile device is a wish come true indeed. I sense there may be more Voltage in my future! 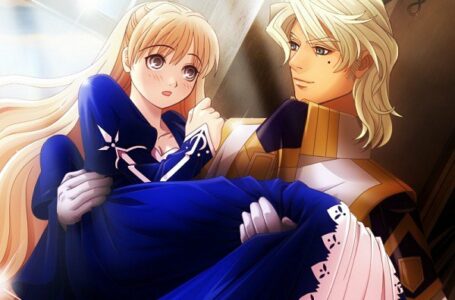 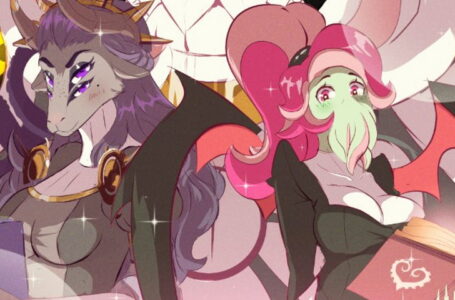