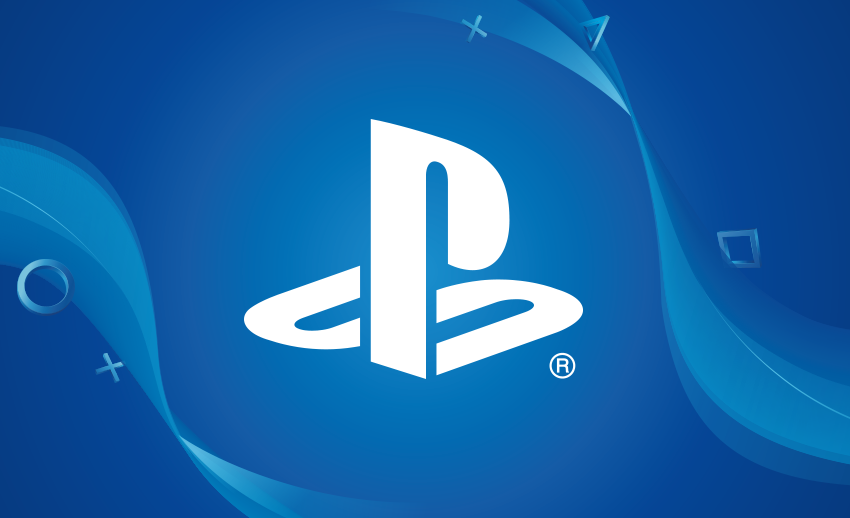 The PS4 and PlayStation Store have a plethora of cheap but enthralling games to be discovered. From hidden gems to indie titles that have not yet been given the attention they deserve, we’ll be looking into the 10 best PS4 games under £10 that may have fallen under your radar and that can cater to many different gaming interests.

Cat Quest is one of the cutest, if not most relaxing RPG experiences out there and at such a low price, you’re skipping out on something good for your body, mind and soul. The player is plopped in the open world of Felingard as a cat on a quest to save his catnapped sister. Cat Quest takes a simple concept influenced and structured after the Dragon Quest games and turns it into a very user friendly and approachable world for anyone and everyone to get something out of. From its luscious and open world landscape, to varying difficulty, and addicting levelling up and ability unlock features, Cat Quest sets you up with a mission you won’t want to see end. And if you’re one to the occasional pun or two, you’ll be appreciating the game’s humour by spotting plenty littered about on screen at every possible chance, from Bermewda’s Triangle to East Pawt.

Get the adventure started on the PlayStation Store for £9.99.

The Infectious Madness of Doctor Dekker

FMV (Full motion video) games are like a precious relic from the past due to its popularity never picking back up from its peak in the 90s. With the most prolific cases such as Night Trap getting a re-release on the Switch, companies such as this entry’s are keeping the dim light flickering for us few hopeful fans of the genre. I want to bring more attention to these unconventional gaming experiences often passed off for its limited gameplay and “poor” acting.

D’avekki Studios continue to share the love for this genre of gaming, with their most recent release The Shapeshifting Detective being another highlight on the PlayStation Store. The Infectious Madness of Doctor Dekker is a murder mystery with players in the position of the newly appointed psychiatrist of 5 suspected murderers while also attempting to treat their unique problems. The game has plenty of well delivered and written dialogue, and offers enough interactive functions to keep players engaged. As an adventure game the player can choose what questions to ask their clients that can lead to different endings.

Not only is it rewarding in correctly discovering the killer without asking for any hints throughout the game, but to be able to help and solve each client’s unusual issues is a challenging task in itself. In support of the game’s fantastic acting that excels in delivering these intriguing and complex characters as believable, it won an Aggie Award in 2017 for “Best Acting”. The game will keep you coming back for more with its many testing achievements, and the always changing killer with each play through which keeps the game fresh and re-playable.

Solve the mystery on the PlayStation Store for only £9.99.

Indie developer Benjamin Rivers inc. offers a unique spin on the horror adventure genre with Home. As a murder mystery game, we are put into the position of our main character waking up in a room not his own with no knowledge of his current situation. Home enforces an isolating and lonely experience as players must commit to exploring this new and bizarre world. The game’s pixelated aesthetic on top of the eerie and atmospheric sound and audio production without any second of music immerses the player effortlessly into this unfamiliar world. But be warned, with each and every action and input of a button to forward the story will trigger many different outcomes. With 8 possible endings that you won’t see coming, Home offers many thrilling and gripping hours to sink your time into if you want the full package.

That full package just happens to be only £3.99. That’s worth your every penny! Prepare yourself for many shocking and harrowing revelations with Home on the PlayStation Store.

As Benjamin Rivers inc.’s follow up game after Home, Alone With You takes the previous elements of horror in isolation to further encapsulate the player in a depressing yet tender experience. As a game with elements of adventure and visual novel features, we are the lone survivor in a dying colony. Players must explore and solves puzzles in this gorgeously colored world before it collapses in a few weeks time. The main goal is to escape with the help of your fallen companions, turned AI. The focus on these holographic supporting characters and their relationships are a driving force and highlight of the game.

Alone With You features a relationship building mechanic that has our player character growing closer to their four companions, each with their own struggles and story lines to experience and conclude alongside them. This can even lead to romance! Alone With You also offers branching plot points and conclusions based on choices and actions taken. You will not be finishing this little gem any time soon.

Alone With You can be yours for only £7.99 on the PlayStation Store.

As a side scrolling puzzle platformer, Limbo successfully takes players on a haunting and terrifying journey as a young boy in search of his missing sister through harsh landscapes and torturous deaths. The indie developer Playdead put an emphasis on the “trial and death” aspect of their game, as players are encouraged to keep trying to find the correct solutions as failure is certain before solving the puzzles. Limbo takes pride in its particular artstyle with its grey-scale aesthetic accompanied with little to no music for further ambiance. For those who enjoy similar games such as Super Meat Boy and Little Nightmares, players will enjoy the additional challenges Limbo presents, alongside a dark narrative and themes.

Find Limbo on the PlayStation Store for only £7.39.

A potentially cheeky entry for the list as originally released on the PS2, Okage: Shadow King did not reach European audiences until it was made available on the PlayStation Store in 2016. As a hidden gem within the JPRG genre, Okage’s individualized and eccentric style and character designs could remind players of the likes of Tim Burton’s works. With such unique designs, the story also offers an engaging and surreal blend of comedy and intrigue. We are Ari who finds his shadow overtaken by The Great Evil King (also addressed as Stan) as a deal to save his sister, Annie, from a curse. In having Ari as a physical vessel in the real world, Stan tasks Ari to take down the fake Evil Kings around the world as repayment for curing Annie. After all, there can only be one Great Evil King.

The game has a small but dedicated cult fan base, so join the family for only £7.99 on the PlayStation Store.

The series Disgaea may not need any introduction for it is a well known franchise within the RPG genre for its unique tactical gameplay and satirical humour. As developer Nippon Ichi’s most prominent franchise, its most recent entry of Disgaea 5 on the PS4 is an absolute steal at only £7.99. As a theorised prequel to its previous instalments, new players can feel relaxed getting themselves into this wacky warfare due to the game having characters and a story exclusive to this single entry. Players find themselves in the position of Killia travelling the Underworld in the search to defeating the Demon Emperor Void Dark.

As a current prevailing threat to many Netherworlds, Killia and players will find themselves in alliances with other Overlords to take Dark Void down. Battles can get heated real quick what with a potential of around 100 enemies on one map. To combat such an enemy, players can extend their own army numbers into the thousands by either recruiting or capturing units during battles. There is a vast amount of different classes to unlock, from the humanoid witch, to monster shroom. For such a small price, players will keep themselves busy with unit creation, side quests, and a main story that can reach over 80 hours to complete.

With so many features to keep players busy for only £7.99 on the PlayStation Store, you may want to take revenge on yourself if you let this one pass you by.

As an indie title and hidden gem on the PS4, Heart&Slash is rarely ever mentioned by fellow gamers, which is such a shame! Players who already have prior knowledge of roguelike games will be familiar with Heart&Slash’s combat mechanics, but for those who may be new to this genre, the game is easy to pick up for its hack and slash flow of battles while also presenting its own challenges. Heart&Slash’s developers address the gameplay’s core mechanics as “trial and error”. Due to the genre’s staple perma-death function, once player character Heart is defeated in battle, the level, collectible items and weapons will change.

The game’s tough levels and bosses encourages different combinations between its 75 weapons and 60 robot body parts players will unlock by simply putting hours into the game. Heart&Slash also features one of the best soundtracks in gaming of recent times, with my favourite track “I HEART You” being a standout piece.

Play the title with a lot of heart put into it for only £10 or under on Amazon!

Nippon Marathon is a perfect addition to any gamer who is itching for more party and multiplayer games on their shelves. As a cheap option both physically and digitally, Nippon Marathon is a wild and hilarious little game that offers hours of laughter and joy. Up to four players can go head to head in a totally bonkers marathon course and mini-games held within the busy streets and mountains of Japan. Flee from pursing Shiba Inu’s trying to trip you up, use items such as pineapples to fly (yes, you read that right) to take the lead and excel in escaping from a maze first for an advantage before the next course. Mini-games keep things fresh, and unlockable characters will be begging you to spend your prize money on them. Dog headed Snuguru Maestro will always the best character though!

Get your running shoes on and join the race for only £4.99 for a physical copy on Amazon!

As an indie title nominated for several awards last years for its imaginative design and gameplay, Sayonara Wild Hearts is an action and rhythm title often described simply as the “Pop Album Video Game”. The game has 23 levels each featuring different and head bobbing music tracks and colourful, surreal landscapes that come together in perfect harmony. And speaking of harmony, for its story players are guiding and protecting a heartbroken women to restore the harmony of this world. As the young woman’s alter “The Fool”‘, players must race through the scenery avoiding obstacles, defeating pursuing enemies and collecting as many hearts as they can to achieve the best rank they can. With gorgeous and fluid animation, a wonderful execution of a story and thrilling and addicting gameplay, Sayonara Wild Hearts certainly is a wild ride not to be missed.

For only £9.49, get your heart racing on the PlayStation Store with Sayonara Wild Hearts.

What are your cheaper favourites missing from the list? Let us know in the comments!

There’s also a Big In Japan sale on right now, so you could go even cheaper!

Check out the PS Store here!