The past few weeks have been good for JRPG fans. We have seen the remake of three of the best games of their respective time periods. First Persona 5 Royal dropped. Then Final Fantasy VII Remake hit us. And now, this week we’ll finally get our hands on the Trials of Mana remake, the sequel to Secret of Mana you probably never played. Here goes with our Trials of Mana review!

Unlike both Persona and FFVII, however, Trials of Mana never got released in the West. Originally called Seiken Densetsu 3, it was developed by Square and first appeared in 1995 at the very end of the SNES’ lifecycle, making a localisation too costly to undertake while the company switched to developing games for the Playstation. The English-speaking world wouldn’t get an official release until the game was included in Chronicles of Mana in 2019, so this is a game that both new and old fans of the genre are going into fresh. We have been excited about this game for a while now, so its great to see how it holds up after all these years.

There is a lot of good in this game. I adore the character designs and the overall art style. It looks like a storybook, improving on the graphics and gameplay of the Secret of Mana remake in almost every way. Attacks feel more fluid. Everything is bright and colourful and fun to watch. Even with modern 3D graphics rendering them, the game still feels retro and nostalgic, keeping the spirit of the original alive while still bringing it onto modern consoles.

I particularly love the music on display in Trials of Mana. Seiken Densetsu 3’s score was composed by Hiroki Kikuta and he stayed on to supervise arrangements for Trials, ensuring that the original’s heart remained in the remake. This bridge between the two games certainly made it easier to slip back into the world of Mana that I’ve loved for so many years. When the opening cutscene plays and you hear hints of Fear of the Heavens playing throughout the orchestral arrangement, it taps into a joy that I didn’t know I had in me. This, along with the eternally dancing shopkeepers, tell you that you’re definitely in a Mana game.

The characters are another strong point for the game. I love the “Choose Your Party” style of the game, allowing you see the game’s epic story from different points of view in each playthrough. Your choices will not do much to limit your gameplay options, but they will give you the chance to see the story from different angles and, depending on who you take with you, give you different interactions and lines as you progress. It was one of the largest innovations of the original and one that still holds up to today. Who you choose has little impact on the actual plot (spoilers, you’re gonna be saving the world) but it does provide a slightly more personal note to several confrontations further down the line.

The bulk of the gameplay, as you’d expect in a JRPG, is the combat, and it manages to have a fair bit of depth and customisation without feeling clunky or overwhelming. Simple combos can get you through the various encounters, while things like jumping and dodging have been added to the remake to help change things up a bit. As you progress through the story and gain levels, you’ll get new class options for each character, allowing you to find a group of heroes that works for your style. Again, this adds to the replayability, making each journey a little bit different.

If there is anything that I fear will hold this game back, it is the timing of its release. With both Persona 5 Royal and Final Fantasy VII Remake still so fresh in the JRPG fandom, there is every chance that Trials of Mana will get overshadowed by remakes of two of the best games in the genre. Trials of Mana won’t be able to compete with the budget on display in every frame of Final Fantasy VII Remake, which has a top tier voice cast and some of the prettiest graphics of this generation, but it is still dripping with charm.

Trials of Mana is out worldwide on the 24th of April on Switch, PS4, and PC.

If you can only buy one JRPG this month, I’d have to say make it Final Fantasy VII, but if you can buy two then Trials of Mana is a fun, charming adventure with the potential for loads of playthroughs to keep you coming back for more. It might not get the same amount of hype Square Enix’s previous offering, but it deserves your attention just as much. For fans of Secret of Mana in the West, this is your best chance to play the sequel that could have been. 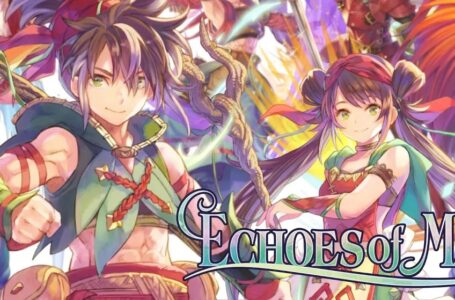