Today’s waifu is a legendary one in the Hololive universe, and it’s none other than Oozora Subaru — a girl whose energy and personality are said to mimic the sun in terms of how they both provide energy and warmth to those around them.

Subaru was a member of a Hololive group that I was well aware of and enjoyed; however, I never devoted much time to watching some of her solo work. This all changed recently, and despite my drifting away from watching a lot of the Hololive streamers, Subaru has brought me a ton of enjoyment and laughs over the last couple of weeks!

When you’re done here, don’t forget to look back over the archives for Waifu Wednesday and Hump Day Husbandos here on Rice Digital! Before that though, let’s praise the sun that is Subaru!

Who is Oozora Subaru?

Originally debuting back in 2018, Subaru is a member of the second generation of Hololive Japan alongside Yuzuki Choco, Nakiri Ayame, Minato Aqua and Murasaki Shion. While she might initially look like something of a tomboyish character, with her original design having her in a baseball uniform, she quickly became known as the duck of Hololive — I know this sounds random, but believe me, there is a good reason for this.

After her infamous ASMR stream in which she did impersonations of Donald Duck, the joke spiralled out of control. On a stream where she was supposed to debut her brand new 3D model, what instead came out on stage was a small white duck wearing Subaru’s signature baseball cap.

I mentioned that she is often compared to the sun because of her positivity, optimism, and the way she is so encouraging others. And this is all the more remarkable when you consider that Subaru has actually come out of a tremendous amount of hardships in her life.

She was born with a hole in her heart that threatened her life at the age of 14; she was run over by a car; and her house was burnt down. Knowing she survived all this only makes me appreciate her more — along with the fact she managed to pick herself back up, join Hololive, which was a fairly new and unknown business back in 2018, and transform into someone known and adored the world over. Her positivity genuinely warms my heart. I’m on the other side of the world from this girl but I’m still feeling the effects of her sun-like personality!

Why we love Subaru

Subaru is that extroverted friend that we all need to come and drag our introverted asses out into the world to experience everything it has to offer — and that’s exactly what she has done with so many of her fellow Hololive members. She is a confident, hardworking and ever-optimistic girl, and it’s these parts of her personality that not only make her endearing, but draw you in, make you want to support her, and also carry on that energy into your own life.

One of the most wonderful things about Subaru, and something I personally love about many VTubers, is that she has a close relationship with her illustrator, Shigure Ui. What’s even more special about their relationship, however, is that Subaru inspired and pushed Shigure Ui to become a VTuber herself and experience this world alongside her. During Shigure Ui’s 3D debut stream, she talks about how much Subaru pulled her along and gave her the confidence to become something she had always wanted to be — if that isn’t something wonderful then I don’t know what is!

Despite being this huge radiant ball of positivity, Subaru is still human and can have a bad day just like anyone else. When her 3D concert was sadly cancelled, she had a talking stream and was quite obviously upset. However, she was shortly comforted by surprise visits from some of her closest friends in Hololive, Ookami Mio and Nekomata Okayu. Seeing her break a little bit and immediately receive support from the people close to her was heartwarming.

If you aren’t already convinced about why Subaru is such a wonderful person and a fantastic streamer, there are couple more bits that I think are great about her. One of my favourite things is how Subaru is fairly new, in the grand scheme of things, when it comes to otaku culture, video games, and the like. Getting to witness her fresh reactions to these things has become something I have fallen in love with.

I’m a huge Final Fantasy VII fan, and not too long ago Subaru did her first playthrough of the original game. Seeing her reactions to characters, plot reveals and certain scenes were an absolute joy to behold. More recently she just finished playing through Final Fantasy VII Remake, which was one of my favourite things to watch — seeing how she reacted to the characters in a new modern era game provided me with an endless supply of joy. 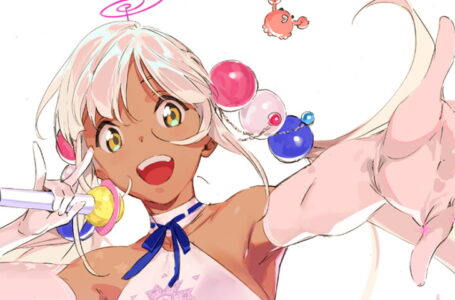