Granblue Fantasy Versus, for many people, is their first time experiencing the world of Granblue Fantasy, and the game does a great job of introducing first timers to the world and the characters. Each new character you meet along the adventure is met with dialogue establishing their relationship to Gran and Lyria. To add to this, the games glossary is a fantastic resource for anyone wanting to more thoroughly learn anything about the characters, or weapons. It’s absolutely loaded with information.

To briefly go over the main story in Granblue. The Story revolves around Gran, the main protagonist, and his encounter with Lyria, a young girl who can communicate with the primals. After their fateful meeting and a letter from Gran’s father, they set out on a journey to reach the end of the skies. This motivation and journey make me think of a fusion between Hunter X Hunter’s Gon and One Piece’s Luffy…. Goofy? Anyway…

Unfortunately, it’s here that the game starts to go down-hill. The RPG mode’s story is a mix of generic fantasy and some fairly cliche tropes. An unknown power is interfering with the minds of many of the characters causing them to forget their allies and their motivations become different. So, our main hero, Gran, sets out to return the minds of his friends back to normal.

The gameplay then boils down to the player drudging through repetitive battles with grunt-like enemies that appear in waves, and once the wave is done, the player can travel further right along the screen to be met with even more gruntish enemies. As someone who uses an arcade-stick when playing these games, being able to move both left and right on the stage is very bizarre and using traditional fighting game inputs becomes a bit of a hassle. Gamepad is definitely recommended. Once the player has jumped through all the hoops, we are granted the opportunity to enjoy a boss encounter. These boss battles will either be a standard fight with a rostered character, which then unlocks said character for you to now play as. Or, you will be fighting one of the primals or other boss monsters, which feature some fun mechanics and an awesome soundtrack!

On a more positive note, the game does a great amount to appeal to the mobile game fans. The menus, sounds effects, and the ability to customise and level-up your characters weapons is a nice touch. You can even spend the currency you earn from playing to draw! The stages in the game will all be familiar to fans of the original game as well. A lot of effort has been poured into this game, as expected of Arc System Works.

Every single time Arc System Works make a new game, they somehow manage to make it prettier than the last. Guilty Gear Xrd is still one of the most stunning games to this day, Dragon Ball FighterZ is not only graphically impressive but does so while being true to the art-style of the Toriyama. Now, Granblue Fantasy Versus takes the already stunning artwork of Akihiko Yoshida and brings the characters to life in what might be Arc System Works’ most beautiful game ever.

This isn’t limited to characters either, the stages are works of art as well. Each one replicating a scene players of the mobile game will recognise, adding epic stage transitions whenever players enter the 3rd round of a match, and characters who appear in the background interacting with each other and even moving as the fight progresses.

Animations are also top-tier in GBVS. Characters have extremely distinct styles which are enforced by extremely crisp animations. For example, Percival wields a huge sword and the ability to manipulate fire. His sword burns red and when he swings, the animation shows the sword bending, emphasising the strength of the character. Animations like this are extremely important, as they make you feel satisfied when playing the character.

Skybound Arts and Super Skybound Arts go above and beyond delivering some of the coolest animations for super attacks. In addition, by winning a round with a Super Skybound Art the character will play out a unique K.O screen animation. Zeta’s is a standout example as when she performs her super attack, she really puts her full-force into the attack. Her K.O screen shows her armour in tatters and her hair loosens from her signature twin-tails. Lowain literally summons a primal and forces the opponent to play a minigame! This game is visually flawless.

I would say that most Arc System Works games are known for having, at the very least, a good tutorial mode. Guilty Gear Xrd is often regarded as having THE best tutorial mode in a fighting game, with very thorough lessons and also situational trials to help you understand character-specific scenarios. GBVS has definitely taken a page from the Guilty Gear book of tutorials, as it’s full of helpful trials on the game’s mechanics, combos, and even match-up knowledge. This is a fantastic tool for new players, as they can learn step by step and gain an understanding of the games combo structure. This can then manifest into player creativity and next thing you know, you’re in the training room finding new combos and set-ups. This mode is also great for fighting game players, because all fighting game players love new combo trials!

Training mode goes somewhat hand-in-hand with the tutorial mode, as it’s considered the next step. You leave the tutorial mode, and get into the training room to put what you’ve just learnt into practice. Briefly, the training mode offers a great amount to help players learn new combos, but also learn specific scenarios for learning and progressing further. Making the dummy character perform specific actions is done with a single button press, record the scenario then press play.

It is also possible to create numerous recordings and then cycle through at random or in a loop. This is great for teaching yourself situation awareness and training reaction speed. Adding specific wake-up or block situations is done with a very easy to understand menu where you simply scroll through the list of attacks and select it. The training mode feels extremely full and leaves little to be desired.

GBVS features some long-running fighting game mechanics along with some brand new ones. Like most modern fighting games, it makes use of the auto-combo system. This is a universal feature amongst the entire cast of characters. Each character has a 3-hit auto-combo string from any light, medium or heavy button, along with a special attack button. When used along with a direction, players will be able to perform special attacks with the press of a single button. Like other games that feature these systems, it isn’t the most optimal, but it makes the game look more approachable from a new player’s perspective. To add to this, the game features a fantastic preview menu where you can view exactly what each special attack looks like along with both the ‘Easy’ input and the ‘Technical’ input. The game does a great amount to introduce new players to not only GBVS, but fighting games.

That isn’t to say the combos are all simple, 3-hit auto-combos. Infact, GBVS features some impressive combos when in the corner, and this is because of the new cool-down mechanic. As opposed to the usual EX meter of most fighting games, GBVS uses a cool-down system, much like it’s mobile game counterpart. The cool-down’s of attacks vary depending  on the strength of the attack and whether the easy or technical input was used. So, when in the corner, you can get extremely creative by making use of cool-down timers and the juggle properties that EX attacks grant. What’s great about this design, is that new players can use the easier input methods and introduce themselves to the game, but as they get better, they will be encouraged to learn the technical inputs because of the rewards they offer.

Next up, DEFENCE! The game features a block button. With characters like Lancelot in the game, a character who will mix you up with attacks that can hit low or high; command dashes and jumps that can hit you left or right; the block button comes in very handy. As of right now, the only downside to holding the block button is that you are unable to tech throws. Additionally, by holding the block button and pressing forward, you will do a forward-advancing dodge and holding block + back will perform a spot dodge, similar to the Smash Bros. These 2 dodges are also new mechanics which add another layer of depth to the game. This mechanic scales with effectiveness along with the player. So, as you become more familiar with characters and the situations they put you in, you will learn to exploit pressure using this mechanic. From a competitive perspective, this mechanic is a big thumbs up, even if you can sometimes get hit in the back.

There are many ways to play GBVS online with other players. Creating private online rooms, going into the open lobby or simply listing up for the ranked queue. However, all of these above options share one thing in common. The netcode. GBVS uses delay-based netcode which is the go to form of netcode when it comes to Japanese fighting games. This means that depending on the connection between you and your opponent, you could be dealing with any number of delay frames, ranging from 3 to 20. Considering the fact GBVS is a heavily neutral based fighting game that may require you to confirm attacks off of a single hit, this can be quite a big issue.

The game does allow for you to personalise some settings before listing up online though. Options such as regions settings and connection speed can be added to try and minimise the above issues, but these are never a concrete solution. As a strong advocate of rollback netcode, I would love to believe the netcode could be improved at some point in the future. The online isn’t as bad as say, Dragon Ball FighterZ, and you will still be able to perform combos you have been practising online. However, this will vary from match to match and even though the delay may say 3 frames, that isn’t always the case.

Get more from Conor

The single player modes aren’t the greatest, and in the game’s defence, single player modes in fighting games are always a struggle, with the exception of NetherRealm Studios. All other aspects of the game however, are fantastic. Online is still playable. Characters are fun and unique, there could definitely be some balance adjustments, but it’s still good. Visual masterpiece. Plus, the development team is great at communicating with fans, letting us know of problems, upcoming updates or new characters. If you’re a new player looking to dip your feet into fighting games as a genre, and not just here for the single player modes, GranBlue Fantasy Versus is a wonderful place to start! 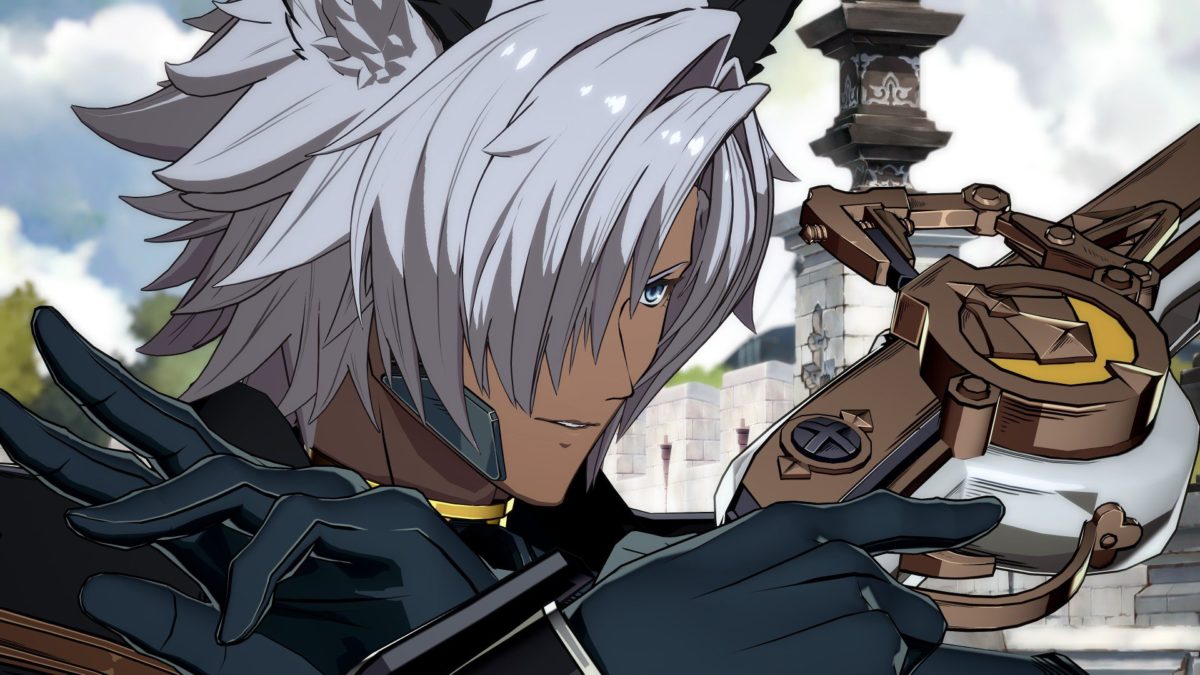