I talk about my love of Trigun and Vash the Stampede so often that it is easy to forget the show has one of the best husbandos of all time in the form of Nicholas D. Wolfwood. It almost isn’t fair to this travelling priest that, in the middle of all the anti-capitalism and anti-fascism messages floating around in Trigun, they just dropped this sexy man into our lives and expected us not to notice.

In case it wasn’t obvious, this week we’ll be featuring Nicholas D. Wolfwood as our Humpday Husbando. You can thank us later.

Who is Nicholas D. Wolfwood?

On the dry and unforgiving planet known as Gunsmoke, there are a lot of weird characters floating around. Most of them are a part of the mercenary group known as the Gung Ho Guns — flashy and strange characters tasked with defeating the walking disaster that is Vash the Stampede. It is during this fight that we get to know the most about Nicholas D. Wolfwood, the travelling priest who carries a giant cross filled with guns.

At first Wolfwood is presented as a pragmatic foil to Vash’s idealistic pacifism. Though he is a man of the cloth, he is willing to kill to protect others, something that Old Needle Noggin would never do. That willingness puts him at odds with the protagonist — but the two remain loyal friends and companions even to the end. Despite their differences, they both believe they have the responsibility to protect others, a task each takes seriously enough to put their lives on the line to accomplish.

The trope of the gunslinging priest with a mysterious past is a popular one in fiction and few pull it off better than Nicholas D. Wolfwood. He strides into every difficult situation the group finds itself in with a level of calm that perfectly counters the over-the-top emotional reactions that Vash often defaults to. Wolfwood approaches situations as a pragmatic man of God, waxing philosophical as he encounters killer robots from beyond his own time or trained killers. He has a fairly dour view of God, seemingly preferring the Old Testament fire and brimstone version to the more forgiving interpretation. (I mean, who doesn’t? – Ed.)

To defend himself, Nicholas D. Wolfwood is an expert marksman, on par with Vash — though the two never get to finish the quick-draw competition that they start early in the series. His weapon of choice is the Cross Punisher, a hundred-kilogram cross he carries on his back that includes a machine gun, a grenade launcher, and a collection of handguns should the situation call for it. No idea where it stores ammo for any of this, but who is really going to bring logic into something this cool?

Few characters in anime history act as a more effective foil to the main character than Nicholas D. Wolfwood without feeling like they are constantly living in their shadow. He is constantly the cool one in the room, with his aloof and calm demeanour even as plans fall apart around them. The relationship between Vash and Wolfwood is one of the most wholesome friendships in anime history, feeling organic and natural despite their occasional disagreements.

Without spoiling much from a show that first aired almost two decades ago, Nicholas D. Wolfwood features in some of the most emotional moments of Trigun. His contribution to the final battle between Vash and Knives is particularly touching and an excellent use of foreshadowing in an anime.

If you’ve not caught Trigun, you absolutely should. The entire series can be found on Netflix. 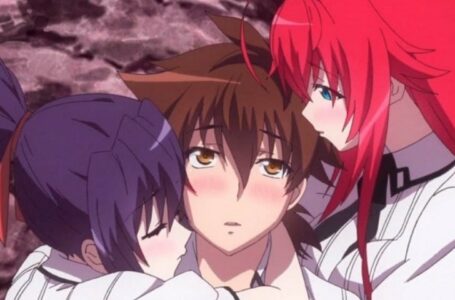