As you may well be aware, Raiden IV x MIKADO Remix is out for Nintendo Switch in Europe this Friday — you can preorder physically here, or digitally here — and one of the key features of this game is the fact that its soundtrack has been completely remixed by a variety of different artists.

So, ahead of the game’s release, I thought it might be fun to pick out a selection of awesome tracks from the people behind the amazing remixes heard in the game itself — including tracks from both the Raiden series itself, and more broadly across gaming.

Raiden II has one of my favourite soundtracks in the series, and that excellent music was a big part of why I stuck with the PlayStation 1 version of Raiden Project as long as I did — even when glorious, sexy temptations like Ridge Racer and Tekken were also on offer.

For me, a shoot ’em up can live or die by the strength of the music heard in its first stage, and Raiden II knocked it out of the park with a dramatic but melodic track that really got you in the mood for blasting. Here, the group known simply as HEAVY METAL RAIDEN — featuring series composer Go Sato on bass — bangs out a face-melting version of this classic tune. And if you’re not in the mood to blow crystalline scum up after hearing this… well, you should get your trigger finger looked at.

This track, from the recent Cotton Reboot!, is composed by Daisuke Matsumoto. His work in the past has primarily been with bullet hell masters Cave; he’s been working with the company since Mushihimesama in 2005, and his discography includes the soundtracks to Espgaluda II, Dodonpachi Resurrection, Pink Sweets and Muchi Muchi Pork — some of the company’s most iconic and beloved games.

This energetic track is precisely what I like to hear in a shoot ’em up: driving rhythms, memorable melodies and a sense that the game wants the player to have fun amid all the chaos unfolding before them! I can’t wait to hear Matsumoto’s contribution to the Raiden IV x MIKADO Remix soundtrack.

Not content to work on a wide variety of classic Key visual novels, composer Soshi Hosoi composed a completely hypothetical shoot ’em up soundtrack in 2016. And it’s good, too — it wouldn’t have sounded out of place on the Mega Drive, which as everyone knows is an essential console for any shoot ’em up fan to have in their collection.

This track is from the hypothetical first stage for the non-existent shoot ’em up, and, much like Raiden II’s opening theme heard above, does a great job of getting the player in the mood for all the blasting that lies ahead of them. Its cheerful, triumphant melody coupled with the constantly driving bassline ostinato keeps things moving along nicely — and you just know this would sound great accompanied by an assortment of crispy 16-bit digitised explosion sounds. Definitely looks good for his work on Raiden IV x MIKADO Remix, doesn’t it?

The Battle Was Just to Continue That Future (Keishi Yonao)

This remix of the opening stage’s theme from Dodonpachi Resurrection, originally composed by Manabu Namiki, was put together by Keishi Yonao for the Cave-themed DLC for Taito’s Dariusburst Chronicle Saviours. Got all that? Good. Because this is a great track — and an interesting twist on Dodonpachi Resurrection’s rather understated, atmospheric soundtrack.

This certainly injects a lot more energy into the music — but it’s still recognisable as the original track. This bodes well for Yonao’s contributions to the Raiden IV x MIKADO Remix project!

Hirokazu Koshio, better known as COSIO, is the artist behind a lot of the fabulous music in Taito’s Groove Coaster series — and what with it being October, at least one shop near you probably thinks it’s nearly Christmas already, so we present his thumping remix of Jingle Bells.

COSIO’s driving, high-energy electronic style fits well with the shoot ’em up genre, so doubtless we can expect some right bangers from him on Raiden IV x MIKADO Remix’s soundtrack. Pump it up and all that jazz.

This super-cool 360-degree video features Go Sato’s band performing the opening theme from Nihon Falcom’s classic action RPG Ys II: Ancient Ys Vanished – The Final Chapter. That’s Sato on the bass, accompanied by a variety of other enthusiastic musicians who clearly have a lot of time for Falcom’s music.

I mean, Falcom’s music is great at the best of times — but to hear it performed by another legend of gaming music is another level of cool. And, as I’m sure you can imagine, Sato and friends are more than willing to rock out to his own compositions, so expect great things from his contribution to Raiden IV x MIKADO Remix’s soundtrack.

Raiden IV x MIKADO Remix is out on Nintendo Switch in Europe on October 22, 2021. You can preorder the physical release here, or the digital version on the Nintendo eShop here. I’ll see you on the leaderboards on Friday… I’ll be somewhere near the bottom! 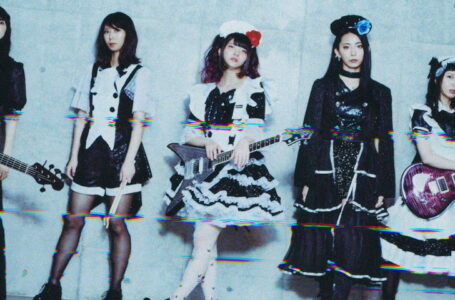