Today I want to talk about secret videogame cameos. Now, I’ve played A LOT of videogames. I think it safe for me to say that I know more about videogames than most. ‘ILJG’ my peers will ask, heads cowed, trembling beneath the looming shadow of my gaming intellect. ‘Please dispense your game-facts upon us, so that we may drink, nay, SLURP from the chalice of your wisdom’.

To which I gently reply ‘stop speaking like that. Just stop it. One, it’s irritating and two, we’re not fucking nerds’, and I shoo them off my lawn with a rolled up newspaper, checking over my shoulder to make sure none of the neighbours are watching.

Today though, today – prepare to have your minds fully blown with my favourite, TOP SECRET videogame cameos.

MARIO AND LUIGI – Legend of Zelda Ocarina of Time Pro-tip. This one is pretty hard to find. There’s a secret stable in Zelda Ocarina of Time, which is hidden in the middle of Hyrule Field. When you finally find it – BOOM! there they are, everyone’s favourite Mushroom Kingdom heroes.

When I first saw them I was like, ‘this is some bullshit’. ‘These guys don’t RANCH – this is defo not cannon’. And then I remember back in high school I watched an old VHS video where this Mario Cosplayer was milking a stallion. I swear to God, he was an expert at working that glorious beast’s majestic udder. Pump, pump, pump – you don’t get the creamy milk gushing out like that if you don’t know what you’re doing!

ANYONE who has played Shenmue will understand the link here.

1/ Duh, he’s still wearing the same clothes. This is classic Ryo. So the dude doesn’t wash – don’t judge him.

2/ The mirror, the smoke, the constellations? Everything points to space. And the ending of 2, the revelation in the cave? I don’t think that had anything to do with Shenhua’s speciality mushroom soup.

4/ Flashback and Fade to Black wrote the rulebook when it comes to horribly clunky controls.

Coincidences? I don’t think so.

JIGGLYPUFF – Kirby and the Crystal Shards If there’s one thing that I hate more than a gritty reboot, it’s when Nintendo decides to dumb down. To make its games more family friendly, and cater to the mainstream.

Back in the N64 days, I was so hyped to see that they were going to give Jigglypuff his own adventure. Jigglpuff versus Empoleon? Count me in!

But when I eventually bought Crystal Shards I was like, ‘wtf is this kiddy shit’.

I am a BIG Jigglypuff fan. I really GET Jugglypuff, you know? I identified with him. The singing, the angry face, the way he just draws on people faces with a Sharpie? Man, that little pink bubble is such an asshole.

Have you ever had permanent marker on your face? It REALLY fucking hurts to get it off. Your Mum, has to go at it really hard with a flannel – and you’d be like, ‘Mum, you’re really hurting my face’. And she’d be like, ‘oh just get over it, you’re not going to school tomorrow looking like that’ and she’d keep rubbing and rubbing until your face was like red raw.

Yup, Jigglypuff is such a dick – but I kind of love him for it, you know. Dude has edge. I’ll never forgive Nintendo for what they did to him. Still rocking the attitude and sass, and bizarrely, still wearing the same outfit she had on from Resi Revelations 2. I swear those filthy old rags must be riddled with T-Phobos – and you KNOW how I feel about hygiene and games characters.

But what REALLY sticks in my craw is how, after everything we went through together with Claire and the Overseer, all the stinking mutant-infested sheds we crawled through looking for ammo – it turns out she’s had the power of freakin’ NEON coursing through her veins all along. She could have conduited the living bejesus out of everything that stood in her path.

Maybe deep down she was a bit self-conscious – like Jubilee in the X-Men – but COME ON, when you can power the whole of the East Coast with just your finger tips, what the hell do you need a flashlight for?

I’d love to see the super-anal Resi plot theorists get their head around THAT one.

Okay, now THIS one is amazing. First off – truth bomb. I’ve not actually PLAYED this one myself – but I’ve seen like a TON of screenshots so I know for sure it’s not fake.

Back when the Xbox was a better console than the Gamecube – I guess, like, MS felt sorry for Nintendo or something that they didn’t have a kickass FPS series, so they let they let Nintendo borrow Masterchief for a ‘gaiden’ series (that means ‘side story’ in Japanese).

Set in a whole other part of space, like a USNC covert ops type set up – little did anyone know that Microsoft (Nintendo didn’t make this game themselves) were going to  put in a plot twist that would rival anything that Halo had ever done on Xbox!

Basically, to get the full plot twist, you have to get EVERYTHING in the game, all the collectibles, weapons and skills and stuff – kinda like Halo’s Skulls. Get them all then finish the game and… wait for it…

Masterchief was really Cortana all along. No, wait hang on. I’m thinking of the wrong guy. Sorry, I really meant… I mean, honestly,  what the hell is this guy doing in…

…no wait, sorry, I did it again. I was thinking of this guy… What was I doing again?! This is… er… who is this? This is… Ventus, right?

Ugh. Hang on a second, I’ll be right back.

*the pillow-muffled sounds of screaming* 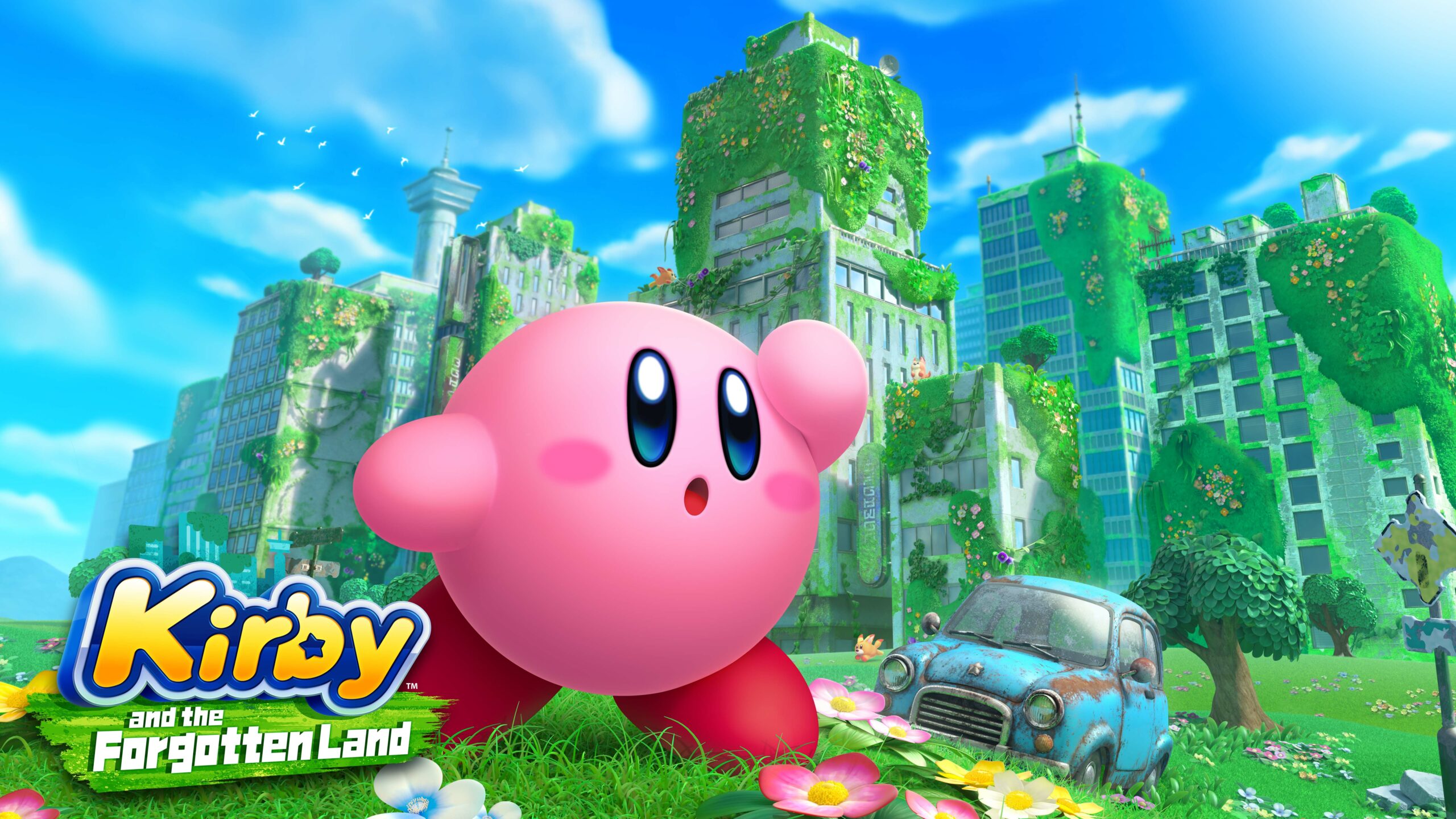 Kirby and the Forgotten Land announced for...