Tekken Card Tournament booster packs hit UK stores on April 6th, bringing Kazuya and Co to the British Isles in card form. The cards are usable with the free to play app and browser games – but how much do the two rely on each other?

For starters, let’s take a gander at the cards themselves. I figured instead of trying to take photos or describe them to you, I’d take a short video instead:

As you can see, they display a screenshot of gameplay on one side and a QR code on the other. It looks like said gameplay is from the PS3/360 version of Tekken Tag Tournament 2, but I might be wrong; either way, it’s to that sort of standard, showing a potential character action that your in game equivalents can take. There are five booster The QR code on the back of the cards unlocks said move in the game itself, so each booster pack effectively comes with five or so moves.

Most cards are action cards, but there are nine art cards which serve no in game purpose as well as a few character cards. The character cards allow you to enter an augmented reality mode, which allow you to superimpose Tekken characters onto your Camera’s viewfinder. Kazuya in front of the statue of liberty? CAN DO! It’s worth mentioning that these cards serve no apparent function on their own, beyond functioning as collectibles. As such, if you have no interest in playing the game, their utility is a little limited. Also, If physical cards aren’t your thing, you can buy digital booster packs on the in game store using in game currency.

The game itself is good fun, with a HP based rock paper scissors-style battle system. Focus draws a card, Strike hits your opponent using the cards in your hand It’s reasonably pretty on mobiles, matching up with Super Street Fighter IV: Volt in terms of how it scales and presents its characters on a handheld screen. I played the game on an iPhone four, experiencing only mild stuttering as far as frame rate goes, but your mileage may very depending on what phone you own and what you have running in the background. It’s too early to tell whether the cards have had any significant impact on the game’s multiplayer (as the cards themselves having only been out for a short period of time), and although microtransactions have been a part of the game for a while, I didn’t notice any strange disparities in power when I played online. Online is really what you’re looking for in this game; as you have only three options to choose from, there’s a sort of Wargames vibe to facing the AI. My faults with the game are that it can be a little bit slow; menus seem to take a lot of time to slog through, and they’re not the prettiest thing in the world.

A lot of music appears to have been recycled from TTT2, but really, menus and music probably aren’t why you’d invest in this game.  There’s also a Farmville style series of currency exchange microtransactions, as well as a stamina system that limits how much you’re able to play in one sitting – online or offline – so while you can buy booster packs using in game currency, you can’t grind for them. 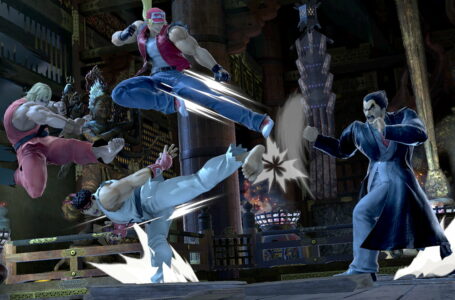