Anime Expo 2022 is now in the books and left us with a whole mountain of news and reveals to sort through. It is one of the biggest conventions in the anime industry so, no matter what your interests are, there are likely to be a few nuggets of information in there to get you hyped. Even if, like us, you weren’t lucky enough to make it to the convention floor, you can keep up to date with all the news thanks to the magic of the Internet.

Here are a handful of the announcements from Anime Expo 2022 that caught our eye and have us excited for what the next year holds. Be sure to take a look at our pieces on JAST USA and MangaGamer’s new licenses, too!

Trigun has a new art style

We knew it was coming, but it is still interesting to see it in action. Trigun: Stampede, the upcoming new anime project from Studio Orange, showed off the new CGI animation style that the show will feature. Going into Anime Expo 2022, this was one of the stories I was going to watch closely, being a huge fan of the original show. Vash looks younger than before and has a new hairstyle, which apparently upset a section of fans, but the quick, fluid movements that kept him out of trouble remain firmly intact.

However, the new trailer showed a darker shade on the undercut of Vash’s spiked hair. In the manga, his hair darkened each time he used his powers, meaning that this story could take place long after the original show. Or we could all be overthinking a small detail from the trailer. We won’t find out for sure until next year.

Panty and Stocking are (finally) coming back

I’m not the only one at Rice Digital who loves this show (FUCK YEAH, BITCH – Ed.), so I’m sure I won’t be alone in celebrating this announcement. Over a decade after the original show blew us away with its barely contained chaos, Panty and Stocking with Garterbelt is finally getting a second season next year. Details are, understandably, sparse at the moment, as Studio Trigger has only shown a short teaser that hasn’t made its way online yet.

Despite the few details, the hype around the announcement soon saw “Panty and Stocking” trending on Twitter as fans revelled in the shock of the moment. There is plenty of speculation about how the show will handle the first season’s cliffhanger ending which saw Panty chopped up into tiny pieces by her sister. Personally, I hope the show ignores that completely, because that would be perfectly in keeping with how it’s done things up until now. Embrace the chaos and go in a totally unexpected direction. Continuity was never the point of the show anyway.

After finally getting caught up with Mob Psycho 100’s second season, I am plenty hyped for the third season coming out in October. The show promises to be one of the biggest titles in the autumn anime lineup, so it isn’t surprising that Anime Expo 2022 featured a bit of news about our favourite middle school esper.

The visual doesn’t reveal much about the upcoming season, but it does solidify the theme that has emerged in the previous two seasons: the contrast between Mob’s desire to live a good life, and the overwhelming power that bubbles just beneath his calm surface. Season two focused on a stark warning about what the young man could become if his power became too much of a temptation, but hopefully, this season will explore more of what Mob wants for himself. I hope they finally let him grow into the main character of his story like he’s always wanted.

Turning the Tables on the Seatmate Killer! manga getting an English release

Azuki announced at their Anime Expo 2022 panel that they’ll be bringing a handful of new manga to their digital service in August. For slice-of-life romance fans like me, the most exciting of these announcements was that they would be distributing the manga adaptation of Turning the Tables on the Seatmate Killer! in English.

The story is based on the popular light novel of the same name and promises plenty of hijinks that could help fill the void left by Kaguya-sama: Love is War’s ending. Yuuki is sat next to Yui in class, who is known as the notorious Seatmate Killer because she enjoys stringing guys along just to break their hearts. However, Yuuki is so dense that he doesn’t notice her advances. It is a silly premise but when has that ever been a bad thing?

Those are our top picks from Anime Expo 2022 — what were yours? 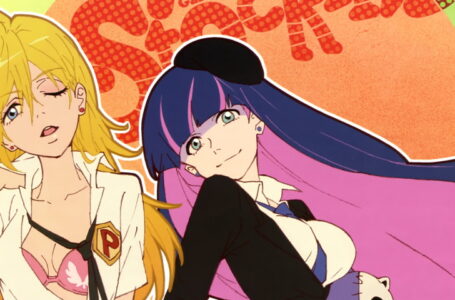 Six of the best English dubs in...