When you think about JRPGs that came out in the West in late 1995, your first instinct might be to think of Chrono Trigger. And for good reason. It is certainly one of the best games in the genre, but what if I told you that just a few short months later a game would come out that could have been even more ground-breaking than my favourite game of all time? Because that’s what happened when Secret of Evermore released in October 1995.

What makes Secret of Evermore so unique? Its not the combat system, which is shamelessly lifted from Secret of Mana following its clear success a few years earlier. Its not the graphics, which were already obsolete with the worldwide release of the Playstation earlier that year. What made the game so different from everything else in the genre is that Secret of Evermore was the fact that it is a Japanese roleplaying game that wasn’t made in Japan.

Secret of Evermore: A Product of Redmond

By the late 80s, video games were no longer a Japanese obsession. Nintendo had proven that not only was there a market overseas for games, they had also pushed them into the mainstream of popular culture. Square, back before they merged with Enix, recognised this and opened a subsidiary company in 1989 in Redmond, Washington. This became known as Square Soft and it was in charge of localising and distributing Square properties into Western markets.

By 1994, the company was ready to try something different. Assembling a team of coders and developers at the Redmond office, Square Soft began developing their very first game. Given a brief from the bosses at Square that they create a distinctly “American” Secret of Mana, the team latched onto a 1950’s B movie aesthetic with a tongue in cheek sense of humour as it would be accessible and appealing to an American audience.

With a working title of Vex and the Mezmers, Secret of Evermore originally centred on the idea of a group of magic users sharing dreams. This eventually became the worlds of Evermore, with landscapes ranging from Prehistory to Ancient Rome to a far-future space station. A lot of cues were taken from Secret of Mana, including the combat system and the ring-based inventory system. Interesting note, however, is that due to SquareSoft being a different tax entity from parent company Square, they couldn’t directly take the code from Secret of Mana’s team. The Evermore team had to create it from scratch, doing so well enough that most people assume it was borrowed from the earlier game.

For music, the team hired Jeremy Soule practically straight out of high school after he sent in an orchestral demo of what he felt video game music could be. Soule created a unique mix of low-key, subdued music with ambient noise to help transport the player to the different worlds in the game. It was one of the biggest and bravest innovations of the game and also one of the biggest risks they took in development.

A Tragic Near Hit

So why isn’t Secret of Evermore talked about more today? Well, there were a few decisions that may have undercut their sales potential. Called Evermore later in development, the “Secret of” prefix was added relatively late and caused confusion with regards to the game’s relationship with the Mana series. This also caused some fans of Secret of Mana to think that this was the game they were getting in place of Trials of Mana, which, as we’ve mentioned, wouldn’t get a Western release until 2019.

It also suffered from a unique but over-complicated magic system and the fact that it was released in North American just months after Chrono Trigger, which quickly became a classic in the genre and the JRPG to have that holiday season. All of this contributed to Secret of Evermore being somewhat forgotten by history to the point where it never even saw an official release in Japan.

Despite these flaws, I have a lot of love for this game. It looks and sounds like nothing else released at the time and paved the way for more console games to be developed in the US and with a Western audience in mind. It’s a Japanese RPG that never released in Japan, after all.

If you’d like to read a bit more about the game and its development, its worth checking out an interview with its Lead Programmer. Its a few years old now but still available here. 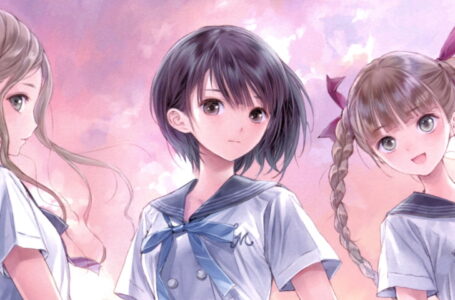