Yesterday, we discovered (perhaps a little earlier than intended) that several long-anticipated games from Falcom’s legendary Trails series of RPGs were coming west — including two that many had assumed we’d never see officially.

Today, it’s been revealed that NIS America’s upcoming official localisations of Trails from Zero and Trails to Azure, also known as Zero no Kiseki and Ao no Kiseki or the Crossbell arc, have been developed in partnership with fan translation community The Geofront. The official commercial versions of both games will be using The Geofront’s recent fan translations as the basis, likely with some tweaks here and there to ensure consistency with previous commercial releases.

“Each and every member of our team is thrilled about this opportunity because it’s the culmination of our driving motivation: to ensure Crossbell gets the localisations it deserves, so that people can experience these engaging, touching, wonderful games,” writes Zerker, project lead on Trails from Zero, in a post on Geofront’s website. “I never imagined we’d make it to this point — to the point where our work is being used to bring Crossbell over officially.

“It’s funny, really,” Zerker continues. “There were points during Trails from Zero’s first editing pass where I’d dread the possibility of official localisations being announced out of the blue, dashing our hard work prematurely. I desperately wanted us to be able to finish our work before it reached that point. And… we did. Somehow — for some reason — everything has worked out. Not just worked out, but worked out in the best possible way.”

This is good practice when this sort of thing happens — purchasing official releases, even if you’ve previously downloaded fan translations, helps show that there’s an actual commercial market for these games, which encourages developers, publishers, localisers and distributors to continue bearing the west in mind when new installments roll around.

You can always keep playing the fan translation, of course — particularly when the wait for the official releases looks like being as long as it is. But make sure you do put your money where your mouth is and show your appreciation for both the localisers’ hard work and the publisher’s willingness to deliver something that, at this point, has been requested for years.

“Everyone with NIS America has blown away my expectations,” writes Omgfloofy, Geofront co-founder. “The team working with the games has been amazingly receptive to everything we’ve done and what we want to discuss with them regarding the games. Beyond just their willingness to work with us, I was over the moon to see that not only did they keep our titles (which we had very specific reasons as to why we went with ‘Trails from Zero’ and ‘Trails to Azure’) but they also kept what was done for our Azure logo, while adopting that style into the Zero logo.

“I’m so excited that all of this will be able to go out far beyond just the people we’ve reached through our patch,” Omgfloofy continues. “As a result, this means that those of you who have wanted it, but didn’t want to play on PC, can finally have the chance to play these wonderful games!”

From this, it appears that, in keeping with most of the rest of the series, Trails from Zero and Trails to Azure will be getting console releases as well as PC versions. This is great news — although we’re still waiting for modern console ports of the Trails in the Sky trilogy. That’s the ultimate dream — to be able to play all these games on a single platform that still has physical releases. Imagine having all of Trails lined up on your shelf, ready to go — you wouldn’t need another “big game” for a very long time indeed!

“This experience,” writes Scott, project lead on Trails to Azure, “it’s something that can’t happen in other mediums. You can be the biggest fan of the first Star Wars film in the world, but you’ll never have your name attached to the original as a director or writer. But it’s possible in localisation.

“The game I fell in love with years ago,” Scott continues, “the game I surrendered over a year of my life sacrificing my heart and soul to… we will forever be linked. I was the lead editor of the official localisation of my favourite game ever, and there are no words to describe how happy or proud that has made me.”

Scott’s response to the situation is not altogether uncommon; ever since the first Trails in the Sky game got localised for PSP by XSEED, it’s been abundantly clear that this is a very special series for everyone who engages with it. It’s a series filled with wonderful characters, an extraordinarily well-realised setting and a well-told ongoing story that spans three very different regions of the same world.

And yet it’s also a series that has seen its fair share of troubles over the years. It took a long time for the second and third chapters of Trails in the Sky to reach us, at least partly because the stress of working on the mountain of text in Second Chapter almost drove one of its localisers, Andrew Dice of Carpe Fulgur, to suicide.

Likewise, the switch from XSEED to NIS America as localisers and western distributors halfway through the Cold Steel series caused some fans to worry about the overall consistency of the series — though thankfully in that regard, most of the naysayers have been well and truly kept quiet by the high quality of NISA’s output for the series to date.

“From the outset, we wanted to embrace the best parts of the other English entries in the series,” writes Ribose, programmer and testing lead on The Geofront’s translations of both games. “Which to many of us was the passionate teams who ‘did it right’ as opposed to ‘fast’ or ‘first’. And now it turns out we also won’t be the last.”

Ribose’s attitude here is an important one to acknowledge, because in a world where people are all too hasty to criticise localised texts in video games, visual novels, manga and anime for the most bizarre reasons at times, we should absolutely celebrate those who really want to “do right” by the fans. Not only do people like Ribose want to honour the series that means so much to them, but they also want to recognise and appreciate the hard work that those who came before put in.

“Sometimes what seems impossible can become reality,” writes Guren, the original lead translator of both games. “When all hope is lost and Crossbell seems to be a piece of the Kiseki story you’ll never experience in an official way, NIS America comes knocking at The Geofront’s door and stuff happens.”

With the growth in popularity of Falcom titles in the west over the course of the course of the last decade or so, I’ll be honest — I always expected Trails from Zero and Trails to Azure to show up eventually, particularly with the recent PS4 versions released in Japan. But it’s always nice to get confirmation like this — and it’s especially exciting for the community’s passion for the series to be recognised in an official way.

One should also give NIS America a hearty thumbs up for making the localisation of two decade-old PSP games one of the most exciting announcements of 2021. Proof if proof were needed that you most certainly do not need the latest and greatest tech to put out games that people really, really want.

Now, the long wait begins. If I start now, I might have actually beaten all the previous Trails games by the time Zero arrives… 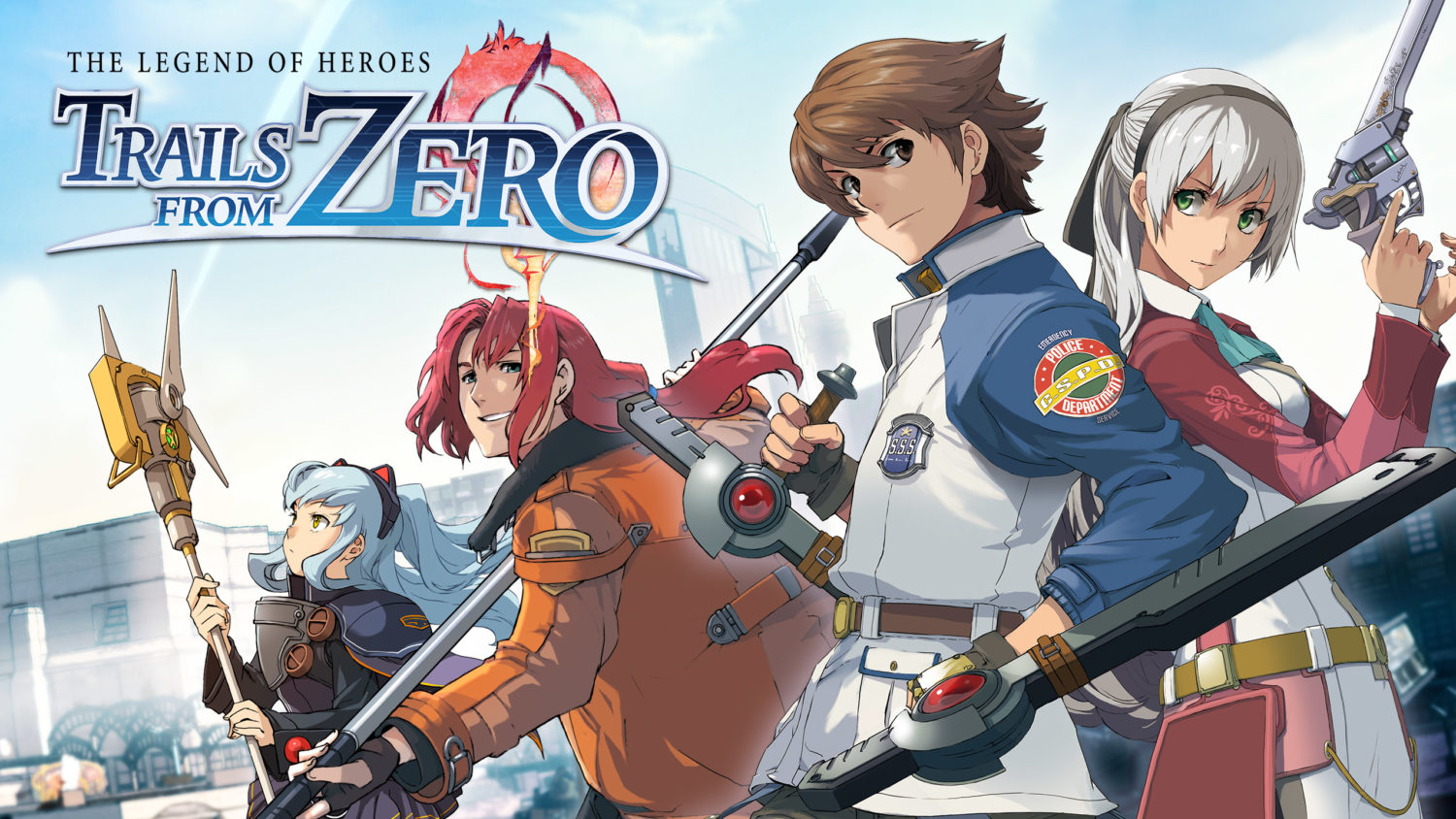