I think Chaos;Child might be my favourite visual novel. I say ‘I think’ because I’ve only just finished the main route, and am only now beginning to explore every corner of this huge story. One thing I CAN say for certain is that the quality is, without question, incredibly high.

One thing that has also become apparent recently is that not many people know, or understand, what Chaos;Child is. And so I want to rectify that a little – to clarify the reasons why Chaos;Child should not only be firmly on your radar, but be considered this year’s defining Visual Novel.

**NOTE: I’m going to try my hardest not to spoil anything for you here – so this will be opinion and impression heavy, only lightly touching on plot points.** First off, what the hell is Chaos;Child?

Without spoiling it, Chaos;Child is, at its heart, a murder mystery. After a devastating earthquake, and with the citizens of Tokyo beginning to rebuild their lives, a serial killer is on the loose, responsible for outrageously gruesome murders.

As each murder hits, a group of school friends discover that they have a better understanding of the murders than the police do. And so it is that they become in embroiled in the case, which takes a turn that no one could have expected.

The story unfolds around lead character Takuru who, like Steins;Gate’s Okabe, is something of a misfit, mildly objectionable, difficult to warm to, and yet surrounded by loyal friends who, along the way, you will come to know intimately.

Watching Takuru’s progress, while learning more about those around him, becomes just as compelling and rewarding as the unravelling of the murder mystery. Secondly, lets get one thing straight – you don’t need any knowledge of Chaos;Head at all.

Interestingly, this is something I see coming up all the time – in comments, tweets and forums. My knowledge of Chaos;Head is pretty slim. I endured the horrible anime. I’ve flirted with (but never finished) the original visual novel. I can’t, from memory, tell you the names of any of the characters without hitting a wiki.

The good thing is, it doesn’t matter. Correct me if I’m wrong, but from what I could tell there’s only one character that links the two – and while there are consistent nods to the events of Chaos;Head, especially the murders, prior knowledge of, or ability to recognise any parallels between the two seems completely unnecessary. Maybe an encyclopedic knowledge of ;Head will completely blow your mind when playing ;Child, but for me? Given I enjoyed (and am still enjoying) this game immensely, is it’s safe to say making ;Child your first Chaos; is totally okay. Speaking of horrible anime – don’t watch the anime if you can help it. Just. Don’t.

I have now played and seen both anime and visual novel. Seriously, the anime does the visual novel a disservice and the quality of one in no way reflects the quality of the other. The Visual Novel is a vast, labyrinthine thing, multi-layered with quite exceptional characterisation (more on that later). The anime is a perversely abridged version of it. Sure it tells the story – but it does so at a pace which seems to ride roughshod over the visual novels considered sensitivity.

If you watched the anime, don’t think for one moment you shouldn’t play the visual novel – you absolutely should. If you found the anime somehow wanting, there’s a good reason for that – it skips so much content, so much nuance, so much detail that, other than hitting the significant plot beats, they may as well be entirely different. As visual novels go, it is VERY big. Part of the reason this preview has taken me so long to write is that, well, it has taken an incredibly long time to get to the point where I feel I’m qualified to write about it. There’s no indication on the save file about the time spent playing – but so far I’d guess around 25-30 hours (maybe more?) and I feel like I have a long way to go in terms of seeing everything it has to offer. Perhaps two thirds of the way there, maybe even half way.

You know how Steins;Gate takes a few chapters to get going? This is very much like that, but more so. It’s a slow burn for sure – but here’s the thing, it never feels like it’s coasting on filler.

Characterisation is insanely nuanced – motivation, relationships, personal idiosyncrasies and foibles, the detail is admirable. But unlike, say, Idea Factory’s output – you never feel like the outpouring of dialogue is unnecessary, or just there for padding. It all feels like it has purpose, like it’s building something for your benefit.

The trick is not to get impatient with it, but to revel in it and absorb it – the depth of Chaos;Child has a certain maturity to it, which is indicative of a visual novel studio which is absolutely at the top of its game. The production values are ludicrously high.

More so than Steins;Gate I’d say. The number of poses each character has, combined with their range of expressions – are notable in their abundance. The wealth of background art is never short of a delight. The use of sound, the way scenes transition, the way tension is built – anyone who is a fan of visual novels can’t fail to be impressed.

Visual Novels can feel very ‘cheap’, very quickly – usually down to the fact that they can become visually and aurally repetitive. Chaos;Child has obviously had time and effort lavished on in, and while there is neccessary recycling of scenes (as so much occurs in the same places) it never feels like it’s taking the easy route in terms of production.

It’s a particularly impressive feat here because of how substantial the story is. It must have been incredibly tempting for Mages to cut corners, but they haven’t.

I honestly can’t think of a single VN who’s range and wealth of assets outstrips Chaos;Child. In that sense, like Steins;Gate it’s one of the few examples of the genre that feels like it was expensive to make. It is one of the few VN’s that feels positively luxurious in comparison to the rest of the genre – and playing mid-tier VNs again, suddenly feel dirty in comparison. It thrives on contradiction and juxtaposition – you think you’ll know what Chaos;Child is when you enter into it, but you just don’t.

Fun fact: I hate people who use the word ‘juxtaposition’ almost as much as those who use ‘et al’ in everyday conversation – but here is it absolutely necessary.

Chaos;Child starts off feeling like a slice of life teen drama at times – but nothing could be further from the truth as you progress. Some scenes look starkly colourful, crisp and clean, sometimes even childlike – and yet it is often visually and thematically filthy, sexual and obscenely violent. On the one hand it is saccarine, on the other it is brutal. It will make you laugh out loud, but it can also be extremely dark.

One of the things which is most interesting about Chaos;Child is how, when you begin to play, you’ll mentally roll your eyes at the appearance of classic anime tropes and stereotypes – bossy big sister Kurusu being one of them, for example.

But what I LOVE about Chaos;Child is how knowing it is. Slowly but surely it begins to delve into them, almost naturalising them on the one hand and then, in some of the delusions, play on your knowledge and expectations of them.

The ‘delusions’ (which enable the branching stories after you complete the main plot) often take your understanding of a character trope, or situational stereotype and then proceeds to subvert it, or exaggerate it -rubbing your face in it, or perhaps turning it on it’s head altogether. In some cases it’s purposefully brazen – but it is also keenly intelligent, almost as though the game  not only knows exactly what you are thinking, but is relishing in that fact. As you explore the positive and negative delusions, they constantly keep you on your toes, delighting, surprising or disgusting you in equal measure. I must say, my time with Chaos;Child thus far has exceeded my expectations. Clever, beautifully produced, constantly surprising and never short of engaging – I’ve come away extraordinarily impressed.

I never, for a moment, thought Chaos;Child would trouble Steins;Gate or Steins;Gate 0 in terms of quality – but  fact is, in some cases it’s its equal, in others it surpasses what many consider to be Mages finest. If you consider yourself a Visual Novel fan in the slightest, then this needs to be experienced.

You can pick up the Special Edition right here. 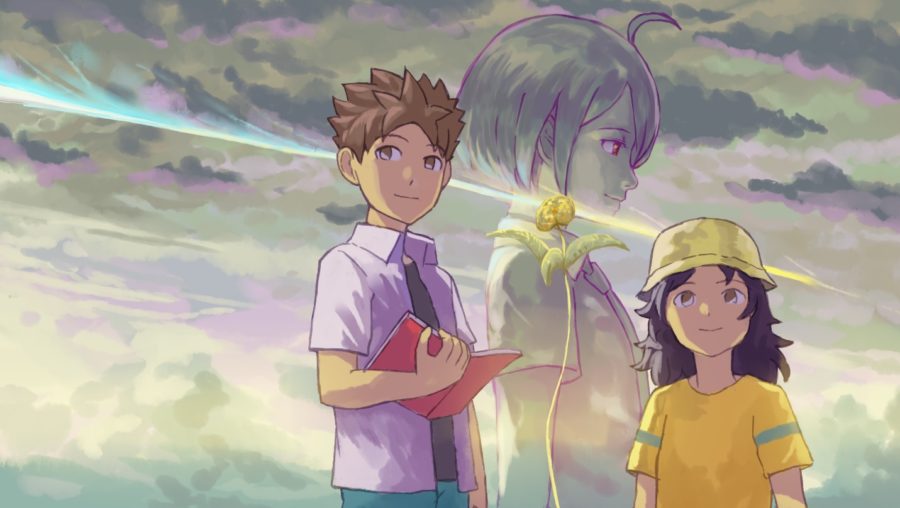