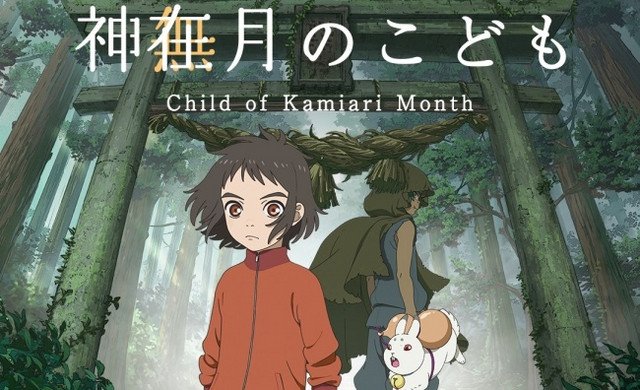 Cretica Universal revealed that Japanese mythology anime film, Child of Kamiari Month (Kamiarizuki no Kodomo) is going to be released in 2021, after a delay due to COVID-19.

Initially, the movie was planned to release in the fall of 2020, when it was first revealed back in 2018 – but the release date has now been moved to some time in 2021.

The film revolves around the city of Izumo, and its sanctuary, Izumo-taisha. According to Japanese folklore, every October, deities from all over Japan gather to perform a ceremony – so it will be interesting to see how that translates into this film!

The main character of the anime is a girl called Kanna. She used to be a runner, but after the death of her mother, loses her passion. One day she comes across a rabbit named Shiro, who is a Messenger of the Gods, and an ogre boy named Yasha. They then invite her to Izumo and the story begins.

The movie will be directed by Takana Shirai, and the animation producer is Tetsuro Satomi, who is responsible for Batman Ninja.

There’s currently a crowfunding campaign ongoing for the movie, which is the third the movie has had since its announcement.

Looking for a new anime this season? Check out our favourites!

5 Great Anime To Watch During Lockdown