It’s February 23, 2021 as I type this, and the Guilty Gear Strive open beta just ended. I want to cry, but I’m going to do my best to stay strong and write this piece for you guys.

I want to quickly give a shout-out to Arc System Works for their incredible hard work and passion they have very evidently poured into this game, but also for extending the duration of the beta an additional two days to make up for some technical issues. Thank you very much Arc System Works!

Throughout this piece I am going to go over some of the changes I noticed since the last beta, as well as my own personal thoughts on the game, its roster, and also what I think is good and bad about the game. Let’s begin. HEAVEN OR HELL! (Cake, please. Wait, that’s something else – Ed.)

Hmm, I suppose the best way to answer this question would be by simply saying that over this beta period I don’t really remember doing anything with my time other than playing Guilty Gear Strive. I didn’t quite know what to think when I was first stepping in, as most of my extensive experience in fighting games comes from more grounded games like Street Fighter.

That being said, Guilty Gear Strive ticked so many boxes for me that I was genuinely shocked at how much I was not only enjoying, but obsessing over the game. This game is a visual masterpiece: the characters, the stages, the special attacks, animations, battle effects, everything!

I went into the Guilty Gear Strive beta with the intention of playing only Ramlethal Valentine, a character I played alongside Baiken in Guilty Gear Xrd, and while I did play her a lot for the first day, I quickly found myself testing things out with Millia Rage, and I think I fell in love. Something I’m sure will also happen with I-No’s addition to the game.

One of the most unique and wonderful things about the Guilty Gear franchise is that every single character is special, and slightly breaks the rules of the game in completely unique ways.

Millia, for example, is a high-speed rushdown character that forces the opponent into high-pressure situations. Her unique mechanic is that she can airdash twice, while all other characters can only do so once.

Ramlethal, meanwhile, has her unique sword mechanics, Potemkin sacrifices the ability to dash for insane damage and command throws, Chipp can run up the damn walls, Zato can use his shadow puppets…the list goes on. All of these characters are so masterfully well-made in Strive that I simply cannot praise Arc System Works enough.

With regards to changes since the last beta, we have been able to get our hands on numerous other roster members, but the fundamentals of the game have more or less remained the same. They have also decided to keep the ever-growing combo-counter, it’s something I would have personally liked to see changed, but it’s not all that egregious.

To summarise, Strive is incredibly fun, and even minutes after the beta was closed I was missing the game.

The big one: netcode

Netcode is probably the biggest deal when it comes to fighting games — not necessarily when it comes to selling them, but with regards to player retention and player satisfaction. In this current day and age, when most offline events are non-existent due to the global COVID-19 pandemic, online has become the main stage for fighting games; netcode and its implementation are now more important than ever.

I can definitively say this: Guilty Gear Strive’s netcode is an unbelievable success, so much so that it makes the thought of playing other online games seem scary. I played the online mode for roughly a day and a half, and in that time I must have played a hundred matches or more, with not a single one exhibiting even a spot of lag or delay.

What’s truly remarkable is the fact that this implementation of rollback netcode also allows you to fight against players from regions outside of your own and still have a quality experience. I played with people from the UK, America and even Japan; every match provided a flawless online experience.

However, there is an elephant in the room that we must address: the online lobby. Guilty Gear Strive’s character designs, menu, and UI design are all great, and it feels like they all follow the same design philosophy. The lobby system, however, is this odd, pixelated, Habbo Hotel-looking, multi-floored tower that just seems very out of place. (Is the pool closed, though? – Ed.)

This lobby is my biggest complaint about Guilty Gear Strive in its current build. Considering the quality of the design in other areas, I feel that the odd lobby system could possibly even drive some players away from the game. It can feel a little cluttered, and when requesting a match, the lobby would occasionally bug out; it can also be quite slow at times.

Thankfully, however, on full release players will have the option of listing up for online matches while they play around in the training mode. This will completely eliminate the need to even enter the lobby for players looking to just play online and climb the ranked ladder. If you’re wanting to play some long sets with specific players though, the lobby system may be unavoidable.

To summarise, the online is a near flawless implementation of a form of netcode that fighting game players have spent years begging for. But despite the game’s overall beautiful design, the lobby system could do with a bit of an upgrade.

All things considered, I think that Guilty Gear Strive has likely won over nearly every single player that even dipped their toes into the open beta. I predict that this game will be absolutely enormous both casually and competitively thanks to its visual prowess and the stellar online experience.

I look forward to seeing all of you on the 11th floor of the tower. 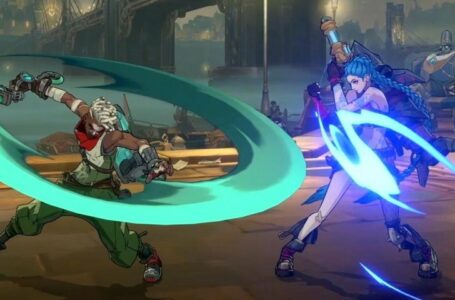