2020 has been an interesting year for anime. For me personally it was a bit of an odd one, as I would always start the seasons off strong by watching numerous series and then my enjoyment would begin to dwindle and I would only be left with a couple of shows per season that I would see all the way through.

I’m going to go over some of the particular shows from 2020 that I really enjoyed. Without any further delay, let’s get into what 2020 had to offer! 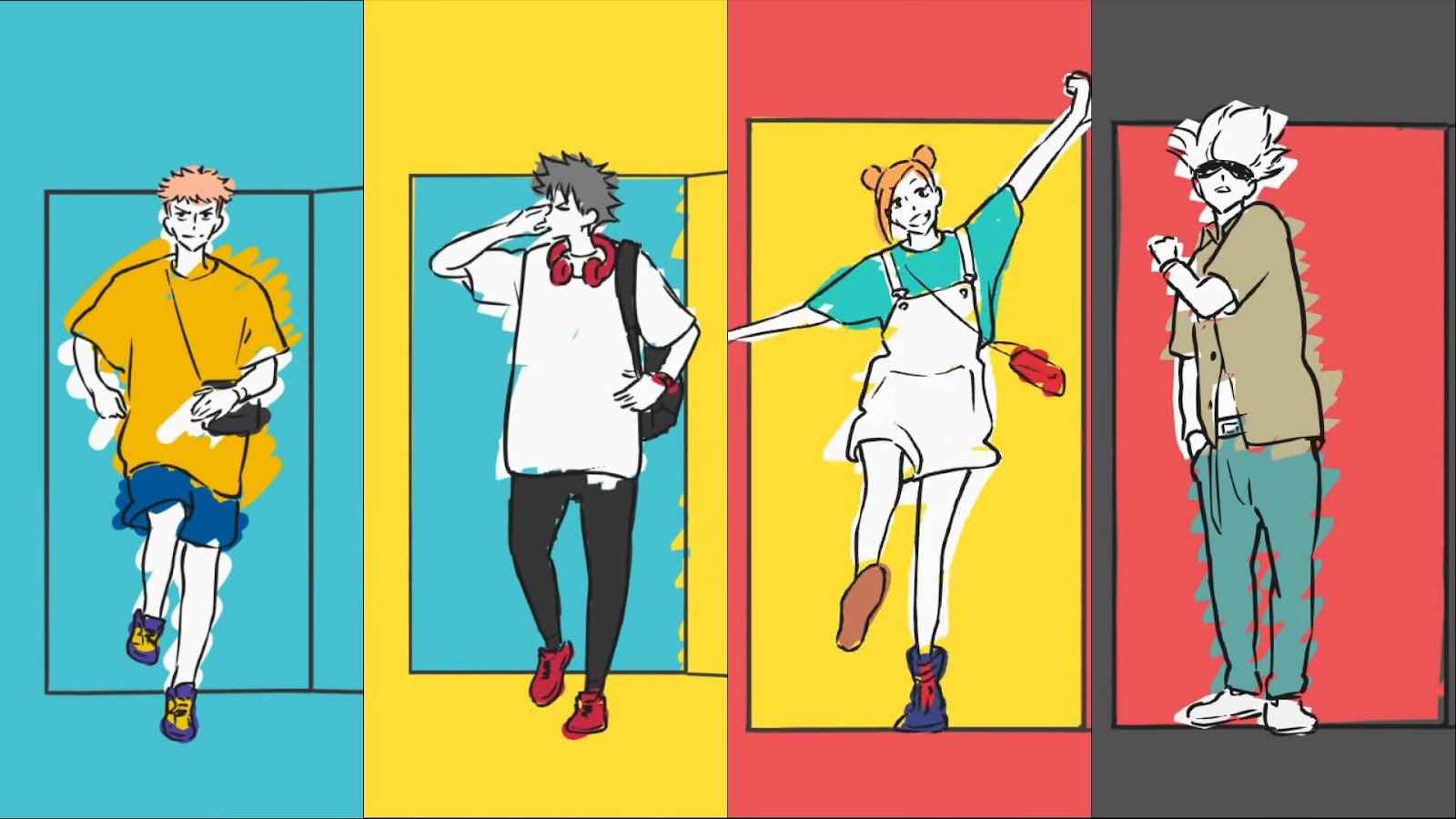 High schooler Yuuji Itadori spends his days at either the clubroom or the hospital, where he visits his bedridden grandfather. However, this leisurely lifestyle soon takes a turn for the strange when he unknowingly encounters a cursed item. Triggering a chain of supernatural occurrences, Yuuji finds himself suddenly thrust into the world of Curses—dreadful beings formed from human malice and negativity—after swallowing the said item, revealed to be a finger belonging to the demon Sukuna Ryoumen, the “King of Curses.”

Jujutsu Kaisen is still an ongoing series that is only about 12 episodes in as of me writing this piece. Even still, this series has managed to get me really excited to watch a Shounen again. Each and every week I’m looking forward to the next episode and there are a couple of reasons for that.

For one the power system is really interesting, and the best thing I can compare it to is nen from Hunter X Hunter. Each character’s cursed energy techniques are extremely different and completely unique to the user. Yuuji’s techniques are more focused on amplifying his physical power, Megumi utilises summoned minions, Nobara uses her energy on cursed tools.

Then there are the characters, which I find myself loving more and more each week. My personal favourite at the moment being Gojo Satoru. Every Shounen has that sensei character that speaks with confidence but sometimes they don’t back it up. When Gojo says he’s the strongest, he means it. Yuuji is our main protagonist, and while he doesn’t stray too far away from a classical Shounen main character, he does have a lot of traits to his character that make me like him. 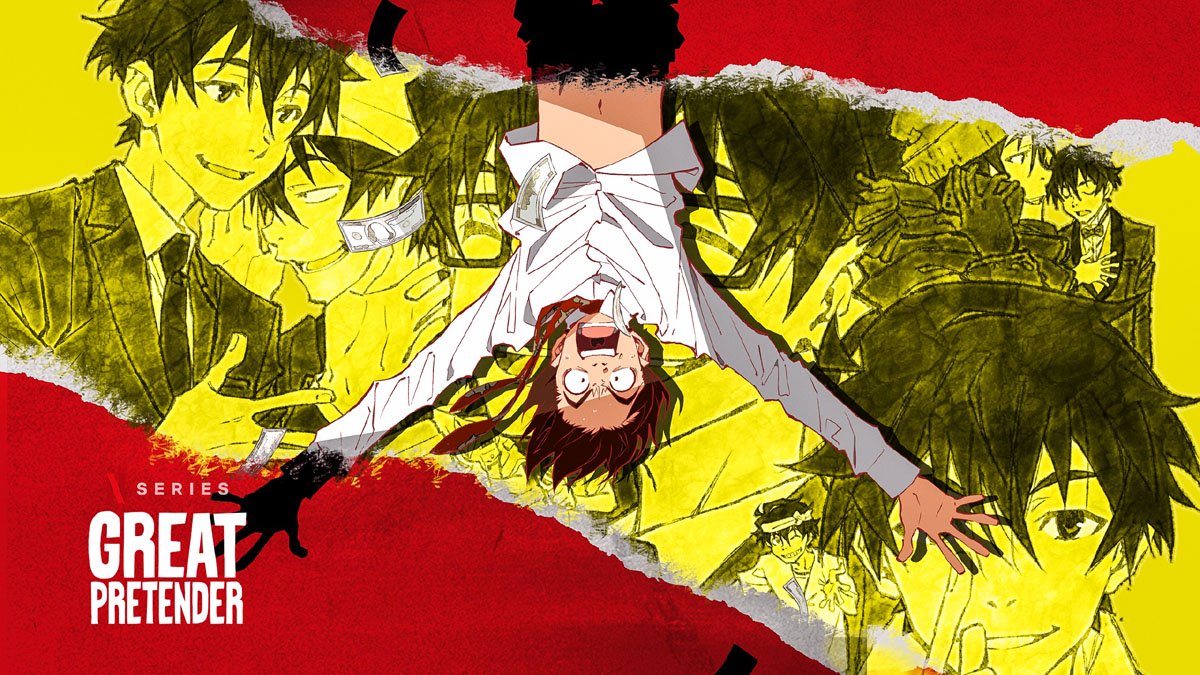 A series of unfortunate events has led Makoto Edamura to adopt the life of crime—pickpocketing and scamming others for a living. However, after swindling a seemingly clueless tourist, Makoto discovers that he was the one tricked and, to make matters worse, the police are now after him.

Jumping from city to city, Great Pretender follows the endeavors of Makoto alongside the cunning Laurent and his colorful associates in the world of international high-stakes fraud. Soon, Makoto realizes that he got more than what he bargained for as his self-declared skills are continually put to the test.

A fantastic series that is unfortunately locked behind the gates of Netflix, but that doesn’t take away from how unique and fun this series was. It does some really interesting and unique things that tightly grab you and keep you wanting to press that “Next Episode” button. The way the series introduces it’s main cast of characters is great and the characters themselves all have interesting backstories that are deep, dark, and emotional.

Each “Case” in Great Pretender would take these characters and have them deal with whomever their current target was. These Cases were used as ways to dive deeper into a specific main character’s backstory and motivations for becoming a con-artist, further developing our attachments to these characters. Seeing, best girl, Cynthia’s backstory revolving around a romance that slowly turns sour as her partner becomes obsessed with his image and money as opposed to their humble and wholesome beginnings was kind of heartbreaking, but it made me love her so much more. 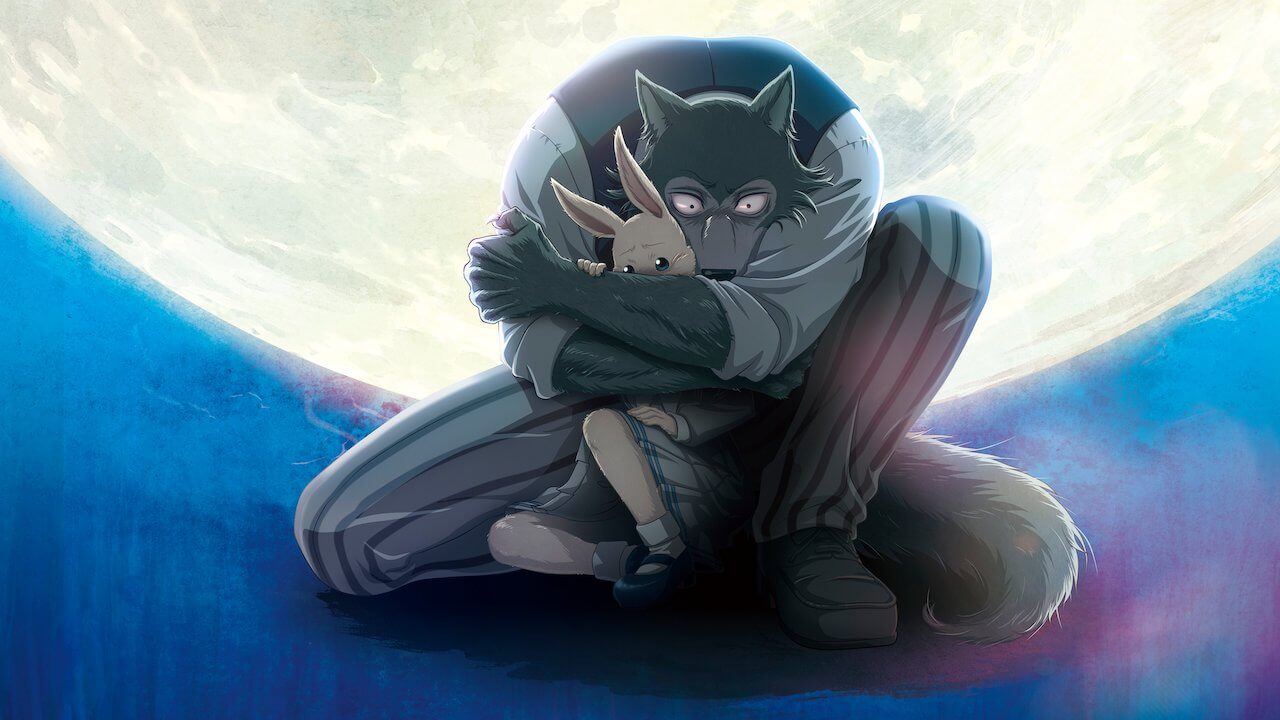 In a civilized society of anthropomorphic animals, an uneasy tension exists between carnivores and herbivores. At Cherryton Academy, this mutual distrust peaks after a predation incident results in the death of Tem, an alpaca in the school’s drama club. Tem’s friend Legoshi, a grey wolf in the stage crew, has been an object of fear and suspicion for his whole life. In the immediate aftermath of the tragedy, he continues to lay low and hide his menacing traits, much to the disapproval of Louis, a red deer and the domineering star actor of the drama club.

Man, what a surprise Beastars was. So there are a few things that really surprised me when it comes to this series. The most obvious one being the concept of anthropomorphic animals, because let’s face it, this is an anime and this concept could have been taken down a completely different route. That wasn’t the case though, instead it was an incredibly interesting story that somehow managed to take the unique characteristics of each animal and interweave those into these very human-like characters in a fantastic way.

A round of applause for Studio Orange as well. They managed to turn 3D animation, something that usually scares me (looking at you Berserk), and made it work so damn well. I can’t quite pin-point exactly what made it work so incredibly well. The facial expressions were great, the character designs were great. I think it all comes down to the direction of the show that made everything work so well. This series hit me like a truck with how much it surprised me and then proceeded to blow me away each and every week. Truly loved it.

Let us know what some of your favourite series were this year!