As the game is now out, here are our top Trials of Mana tips for how to tackle this lost gem.

Some of us have been waiting more than twenty years for a proper release of Trials of Mana. Originally released in Japan in 1995 as the third game in the Seiken Densetsu series (known in the West as the Mana series), this was the follow up to the classic Secret of Mana. As a huge fan of Secret of Mana, the existence of a sequel was like a tantalising rumour to me during my teenage years as I delved into JRPGs in a big way.

I spent a bit of time with the remake of this game over the weekend, getting stuck into the re-imagining of what could have been a classic in the genre if it had gotten a release in the West like its predecessor.

The first thing you’ll notice is that you have the opportunity to pick and choose your party from a cast of six playable characters. First you pick your main character, whose story you start off following, and then you pick your two supporting characters who will join you part way through the game. The ones you don’t pick will still be on their journey but will take a different path and won’t be the ones tasked with saving the world, making each playthrough something of an alternate dimension situation.

There are technically no right or wrong choices at this stage, as you’ll be able to customise your party’s classes down the line to handle any gaps in abilities that might come up. However, having certain characters in your party together will open up different dialogues and encounters later on, specifically if they share a common enemy based on their backstory. Advisable pairings are:

Duran the Swordsman and Angela the Ice Princess

Hawkeye the Thief and Riesz the Wind Princess

Kevin the Werewolf and Charlotte the Priestess

Having one of those pairs in your party will help enhance your experience and provide a slightly deeper story even if it doesn’t really impact the gameplay in a massive way.

Pay Attention to the Time

Another innovation that the original provided was a calendar cycle. Each day of the week is attuned to a specific elemental spirit, such as Luna, Sylphid, and Gnome. Spells cast by each elemental will be more powerful on their day, so you’ll want to take advantage of this when you can. If you are struggling with a boss fight, waiting for a day when their opposing magic is stronger might give you the edge you need.

In addition to the passage of days, there is also a day-night cycle to contend with. Certain events will only be accessible during certain times of day and some enemies will be asleep at night, allowing you to sneak past quicker. You might stumble upon a night market selling rare, possibly illegal items. Most importantly is the character of Kevin, who transforms into a werewolf at night, making him a true force of nature in combat. Keeping an eye on the time and day will be key as you set off on your adventure.

As with most JRPGs, you’ll need to do a fair amount of grinding to level up your characters so you can advance the story. Though it shouldn’t come close to Secret of Mana’s “level up each weapon separately” system of grinding, you’ll want to up your stats with Training Points that you earn when you level up. Eventually you unlock new, more powerful classes for each character, so a character’s level is more important than their weapon skill, but that doesn’t mean you can’t be a bit more efficient in how you spend your time.

First thing you’ll notice is that you’ll get bonus Experience Points depending on how quickly or how stylishly you finished the fight. Some of these bonus are finishing a fight in the first ten seconds or defeating an enemy with a class skill, but one of the biggest bonuses is to finish without taking damage, so dodging incoming attacks is more valuable than finishing quickly. Mastering different combos while learning how to spot incoming attacks is going to be key to saving you time in the long run.

In all, there is a lot of customisation in how you level your characters and no real wrong way to do it. Find the classes and skills that work with your style. It’s a big world in Trials of Mana so go have fun!

Trials of Mana is out worldwide on the 24th of April on Switch, PS4, and PC. Check out our review here! 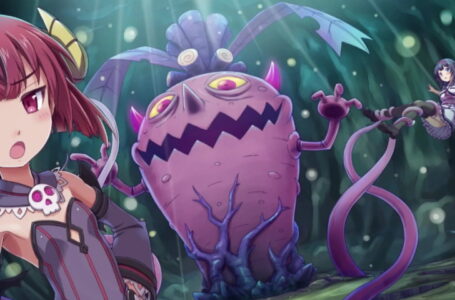