Super Smash Bros is without a doubt in my mind one of the greatest franchises within the world of video games, and I firmly believe the work that Masahiro Sakurai and his team have put into this series will go down in video game history as something truly one-of-a-kind — and I doubt we’ll see anything come close to it ever again.

With that being said, I want to go down a brief history of the franchise and my experience with each of the installments — and then list some of my favourite moments from throughout the legacy of Super Smash Bros. This game isn’t just a hilariously fun fighting game (or party game) but it’s a celebration of the wonderful medium that is video games — VIDEO GAMES. Give up on your Goku pipe dream.

It all began with the man, the myth, the legend we know to be Masahiro Sakurai, who was most famous for creating Kirby. Before the original Super Smash Bros for the Nintendo 64 was released, Sakurai was working on a fighting game called Dragon King, but due to the rather boring cast of faceless characters in the game, Sakurai lost confidence in this idea.

That is until he had the plan to throw all the big Nintendo IP characters into the game instead! Unsure of whether or not Nintendo would be okay with all of their flagship characters beating the shit out of one another, Sakurai developed the game in secret until he had a well-balanced prototype featuring Mario, Donkey Kong, Samus, and Fox, which he then pitched to Nintendo. This all paid off for Sakurai, as Nintendo approved of this idea and so the legend of Super Smash Bros began.

The original 1999 Super Smash Bros featured 12 famous and much adored Nintendo characters and nine stages each inspired by their respective games; this game was a total and complete love letter to all things Nintendo. Most impressive, however, was the fact that Sakurai had managed to create a whole new breed of fighting game. As beneath the surface of this fun-filled party game, was a unique and deep system.

2001 arrives and Super Smash Bros Melee is released; one of the greatest sequels to a video game that I have ever played. I played Melee to death: at home against my brother, at friends’ houses… we even had a club at school where we played Melee! This game took everything that Sakurai did with the original and refined it to the point that this game is still being played today.

Melee didn’t just refine the game’s formula, it introduced even more characters to the series, such as Bowser, Zelda, Falco, and Ice Climbers, as well as adding more characters that players would be able to unlock as they played through the game, including Mewtwo, Mr. Game & Watch, Marth and Roy. The game also introduced a whole new single-player adventure mode, as well my personal favourite Stadium modes which featured the Home-run Contest and Target Tests!

Most notably though, was the real big beginning of the competitive Super Smash Bros scene. This game was the best-selling game to ever release on the Nintendo Gamecube, and with such a massive audience, some players fell in love with the game so much that they took it to the next level. Developing competitive rulesets and formats, hosting events, and creating some of the most incredible and entertaining narratives in fighting game and esports history. Melee was THE game.

To go even further beyond!

After Melee came Brawl, and considering all of the love that surrounded Super Smash Bros at the time, to say that people were hyped for Brawl would be a massive understatement. This was going to be the next Melee; it would keep everything that Melee had and bring in even more stages, music, and of course even more characters. Well, that was the plan, anyway.

It definitely did deliver on most of these things, but when it came to being the next Melee, it certainly was not. While Sakurai was proud of Melee, his main goal when creating Super Smash Bros was to create a fighting game in which anyone could hop in and have fun. Melee got to a point where the barrier of entry felt insurmountable. This is where Brawl tried to change things up.

Brawl added a “trip” mechanic where when a player inputs a dash command, there is a small chance that said player’s character may trip over, leaving them wide open to attacks — this trip chance would increase if the players tried to turn around while dashing as well. This really isn’t a big deal for people just playing for fun, but this small mechanic had a massively negative response from competitive players who loved Melee.

Regardless of the competitive scene, Brawl started something incredibly special that I believe took Super Smash Bros from being a celebration of Nintendo games, into a celebration of video games in general — Brawl introduced Sonic the Hedgehog and Snake from Metal Gear. These two were not Nintendo-owned characters; these were characters from third-party developers, and from this point on, the world of Super Smash Bros would completely change.

In 2014 Super Smash Bros 4 for the Wii U was released, and while the console didn’t do all that great, the Smash scene was still going strong. It was here that small ripples that Sonic and Snake made in Brawl turned into massive tidal waves for the series.

Smash 4 brought us Mega Man, a classic star of the platformer genre and a flagship character from the Capcom roster of video games. They also pulled in Street Fighter’s Ryu, THE fighting game character who had a completely unique fighting style and moves that reflected how he played in his own games.

Pacman! Sakurai even managed to pull in one of the most famous video game characters of all time into Smash 4. This was particularly special as, similar to Ryu, Pacman originated in the arcades, which even to this day are still a very special part of Japanese gaming culture. Finally, and most spectacularly, Sakurai managed to do something no one thought to ever be possible — Final Fantasy VII’s Cloud Strife was added to the roster.

It was from here that nothing was impossible anymore — if you could imagine it happening, there was a chance that Sakurai could do it.

Super Smash Bros Ultimate was released in December of 2018, and with it came a trailer showcasing the inclusion of every single character that had ever featured in a Smash Bros title. And then some.

Sakurai started Smash Ultimate’s post-launch support with a bang so loud that even those who didn’t play Smash Bros started to wonder what was going on. Persona 5’s Joker, a character from a PlayStation exclusive game, made his way onto the roster of Smash. Multiple Heroes from Dragon Quest — a series so popular in Japan that people would take days off sick just to play new installments — made it in.

Banjo & Kazooie! Characters that western fans had been crying out for finally made their way into the game. And this also kicked off a broader agreement between Nintendo and Microsoft, meaning that even more incredible things could still be coming.

SE-PHI-ROTH! Cloud felt impossible, but if you would have ever told me Smash would play host to a second Final Fantasy VII representative — namely its legendary antagonist Sephiroth — I would have thought it too good to be true. And Tekken’s Harada finally managed to whittle Sakurai down and get his beloved Kazuya Mishima into the game — crouch-dash cancels and all. And Steve… never mind. (I hear the kids like the Mine Craft – Ed.)

Super Smash Bros is a game series that I grew up with and have loved ever since I first played the N64 version at a friend’s house. With each iteration, my love only grew — and here we are today with two characters from Final Fantasy VII, my favourite game of all time, featured on the roster!

This game is a man’s lifetime of hard work and passion for not only fighting games but video games in general. Every character is carefully crafted to not only look like they are straight out of their own games, but to take all of their iconic moves and make them work in the context of a Smash match.

You can see the passion and care taken with each and every character in this game, and this comes from Sakurai’s desire to do right by not just the characters themselves, but also the fans who have adored these characters for years, even decades.

I said it at the beginning and I’ll say it here: Super Smash Bros is a wonderful celebration of video games, and as such it’s one of the greatest video game franchises on the planet.

Check out some of our Smash Fighters guides here! 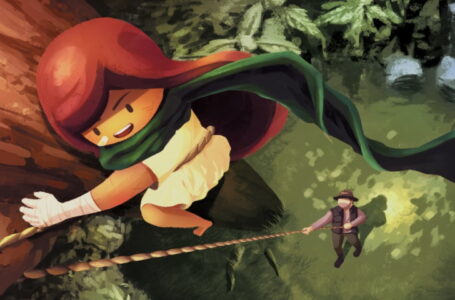