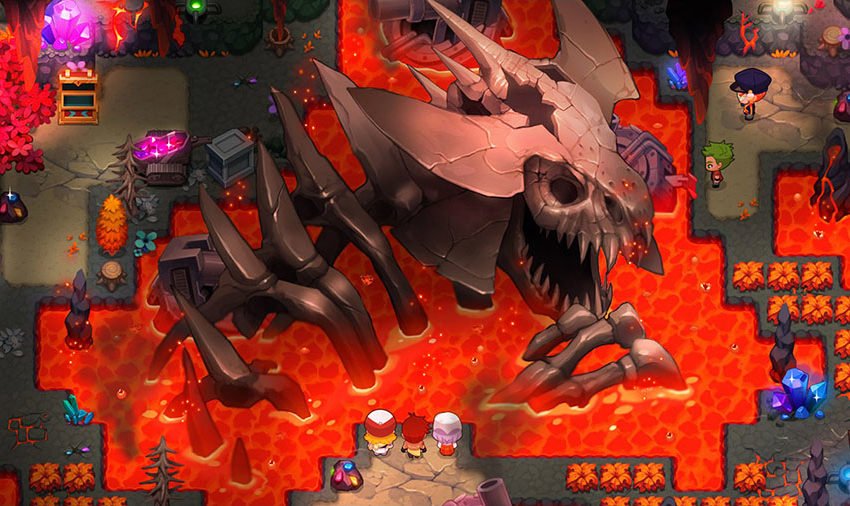 Nexomon: Extinction is an interesting spin on the monster-battling formula. It’s the catch-em-all experience we all know and love, but with a classic RPG feel. The game also has a sense of humour, poking gentle fun at of some of the sillier aspects of both its genres. The main thing that makes me sit up and take notice, however, is its impressively large roster of 381 creatures.

I’ve been getting to grips with Nexomon: Extinction over the last few days and have put together this list of tips to help you through your first hours with the game.

Right at the beginning of Nexomon: Extinction, you’re faced with nine Nexomon to choose between, all of different types. It feels pretty daunting to pick just one companion out of so many at this early stage, especially considering how little information you have to go off.

Fortunately, at least one Nexomon of each element can be found early on, so you won’t be missing out on much if you simply select the design you find most appealing. Should you really want the best type coverage right off the bat, the most common elements at the very start of the game are normal, electric, plant and wind, while ghost and psychic Nexomon seem a little rarer.

It is worth mentioning, however, that although the Nexopedia lists them as ‘ultra-rare’, the normal-type starter Dinja and the electric-type starter Gekoko can be found in the wild in the very first zone. You’d arguably be better off picking one of the other seven, even if either of these are your fave!

Use food when capturing Nexomon

You might think you know what you’re doing when it comes to capturing your first few wild Nexomon. Soften your target up with some attacks, apply a status effect, and chuck a NexoTrap, right? In fact, it’s a little more complex than that. While weakening a Nexomon is pretty important, there are other strategies you’ll need to be aware of.

Food is by far the most important of these. Each creature has a selection of foodstuffs that it prefers, and using one of these food items dramatically increases your capture chance. Understandably, a ravenous Nexomon is less likely to join you than one you’ve just given a tasty treat to. So, if you want to have an easy time capturing Nexomon, you’ll need to buy a good variety of food items and lug around half a banquet in your inventory.

Much like its rival, Temtem, Nexomon: Extinction features a stamina system. If you push your Nexomon to their limits, always making use of their strongest abilities, it won’t be long before they’re too out of puff to continue. Keep an eye on your stamina bar at all times. The game won’t warn you when you select a move that costs more stamina than you have. Instead, you’ll end up skipping a turn, a mistake that could be the difference between winning and losing a fight!

Somewhat surprisingly, a Nexomon’s stamina doesn’t replenish outside of battle. That means it’s important to stock up on stamina-restoring items like ethers if you don’t want to keep on scurrying back to a medic with a perfectly healthy, but exhausted, team.

The main story of the game will take you east and then north through increasingly difficult trainers and more impressive loot. However, before you get started on the main adventure, you should go west. There’s an optional town, Palmaya, that can be reached by ferry and is well worth heading to early on in your journey.

For starters, this tropical paradise holds rare food items, and a secret sauce that will make all of your food more effective. But the main reason Palmaya deserves your attention is that it holds wild Nexomon of every single element. If there’s a particular type that you’re lacking, Palmaya is the place to go.

Nexomon: Extinction releases on the 28th of August for PC, Switch, and PS4. I’ve had fun with it so far: it looks like it has a good amount of variety and some interesting monster designs. What do you think, are you happy to see Pokemon receiving more competition? 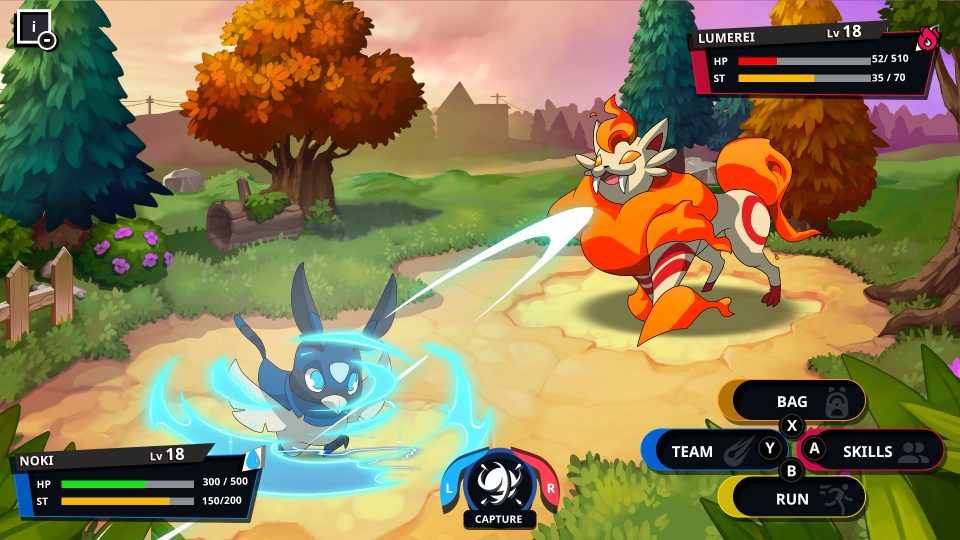