So, we all have our favourite video game characters. But here at Rice Digital, we’re feeling hot and bothered, so we thought we would list the characters we love to hate. In order to be as objective as possible, we got everyone on the team to share their thoughts and feelings, and although there were disagreements, we all agreed on number one.

So without further ado here is our top 10 video game characters we love to hate.

I remember seeing the cover to MGS2; I was about ten years old, and totally unprepared for the game’s litany of plot twists and melodramatic dialogue. At the time, though, my only thought was “oh, it’s Snake, and a cool looking girl.”

There’s nothing wrong with looking like a girl, of course, but there’s plenty wrong with Raiden. The immense disappointment I felt the moment I realized I was about to play through the game as a budget mop in spandex was inexplicably eclipsed by the sheer annoyance that followed every line his voice actor delivered. “Colonel,” he exclaims at one point during the game, “we’ve managed to avoid drowning.” Well, it’s nice to know that training was good for something.

There was a time when I liked Tails! He’d be right with you, getting an extra hit on Robotnik, jumping down chasms JUST FOR LAUGHS and all that time he never complained once. He’d just run along side you keeping his damn mouth shut.

And then it happened.
The bad thing.

Sega gave him a voice and then every five minutes he’d be like ‘AAAAAAAHGH!’ this and ‘WOOOOOOAAAAH!’ that.

You know those times when you you’re in a relationship and then all of a sudden the things you liked about her really annoy you?
Same deal here.
The stupid face. The inane cheery optimism. The fact that TWO tails suggest Mr and Mrs Tails once used to be Brother and Sister Tails.

If this was the real world, he’d have long been consigned to a hessian sack filled with bricks – thrown casually into the local canal.

I’m a huge Halo Fan and I think Halo’s Elites are pretty cool, so playing as the Arbiter sounded good on paper. However, in execution, it was terrible. As a passing curiosity, the Arbiter would’ve been an interesting addition to the series, but every mission starring the Arbiter was marked by boring gameplay and lackluster level design. Worse still, the final mission of the game starred the Arbiter, so we didn’t even get to round off the experience by playing as Master Chief – the guy on the front of the damn box!!!

Hope should probably have been called Mope, because that’s as an accurate a summary of his character as you’re going to get. Well, actually, I don’t know. Imagine if Cloud Strife and Final Fantasy XII’s Vaan had a bastard child with a mood disorder, because that might be slightly closer to the mark.

I hated Hope. There was literally nothing redeeming about him, except the fact that the repeated sighs his character elicited probably warmed the room I was in slightly (heating bills are expensive, you know). Some choice dialogue includes “[Hope’s] my name, not who I am,” and “I’ll show you hope!” One word: Nope.

We’ll lay off Peppy for the immortal lines ‘Do a barrel roll’ and ‘use the boost to get through!’

The others? Slippy was actually the inspiration of this whole feature – and then the more we thought about it, the more we realized these anthropomorphic space pilots were a pretty useless bunch. Falco? What an insufferable douchebag. The Adventures crew? Ugh, don’t get me started on Tricky and Krystal – but Slippy, Slippy represents the single most useless individual the entire Galaxy has ever know.

Why would you even let him on your crew in the first place.

6. Tingle (The Legend of Zelda)

Let’s get something out of the way here – the elephant in the room, as it were. Tingle is perhaps the only videogame character I think of who exudes a….how can I put it… ‘Paedo’ vibe.

There’s not a chance in hell ANYONE would leave him alone with their children.

He’s also a thief, rip-off merchant and enjoys a little slavery on the side.

I rest my case.

Ok so this is two but they came as a pair so cut me some slack.

A classic JRPG that had me well and truly hooked it had a good battle system, a great story, open world exploration and ‘A Thousand Years of Dreams’ was an epic addition to the game. It had everything for me… And then enter Cooke and Mack… I would sit down for hours at a time getting stuck into this game and then lines like ‘your breath is so bad it wilts the flowers’ would be said from these annoying characters (one of which is voiced by the same voice actress that did Phil & Lil from The Rugrats which made it even worse for me) and it made me ready to quit playing all together.

Okay, so it’s a two in one (again) – but they’re inexorably linked. Back in Street Fighter III Capcom made Gill – a super cheap end of game boss which, when beatuen,would regenerate his health for maximum cheapness. He was universally derided for being absolutely, the worst fighting game boss ever made.

Then, as though Capcom were intentionally trolling us, when Street Fighter 4 was on the drawing board, Ono (we’re assuming) said to his team. ‘Hey, you know that last Street Fighter boss we made that everyone hated? And was a like a scabby, puss-filled cyst on the face of an otherwise beautiful game?’

I hate both of these equally (and we had a disagreement over which one deserved to take this spot so we put both in… Again). If you get it on Ashley in the original Mass Effect, and remain faithful in the second – come the third she’s all like, ‘I can’t trust you’ ‘I don’t know who you are anymore’. Really? Well thanks a lot. I think I’ve been pretty good to you considering you’re a massive space racist with Daddy issues – that’s not a good look for a girl no matter what planet you come from.

I have a special place in my hate-filled heart for Kai Leng though. Not only are his encounters in Mass Effect uniquely irritating, but in my opinion, he’s one of the single most horrible pieces of character design I’ve ever had to endure. Part Final Fantasy ninja wannabe, part super-camp DC comics reject – the character designer in this instance was obviously trying so hard to be ‘cool’ and failed in the most catastrophic fashion.

He’s also a RUBBISH assassin – who fails in everything that he does and even resorts to email trolling after your encounter on Thessia.

The single most hateful little shit ever to grace our gaming screens. This guy only has ONE redeeming feature – he gets ALL the ladies despite being a colossal asshole.

There’s a life lesson for every young boy there.

At the age of 10 he is still cooler than us and is therefore the biggest asshole in any game ever! Watch the video below and see for yourself. 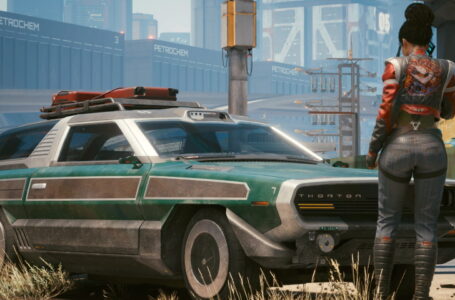