For those of you who may not actually know this, Castlevania was a game before it received that wonderful anime adaptation. It’s such a fun thing that everyone always looks forward too, whenever a new season of Castlevania approaches. With the Capcom title ‘Dragon’s Dogma’ anime coming out soon, I wanted to talk about some of the games I would personally go mad. Should any of these adaptations ever happen, just know that somewhere I’m having what might be my biggest pop-off ever.

The Legend of Zelda – Nintendo 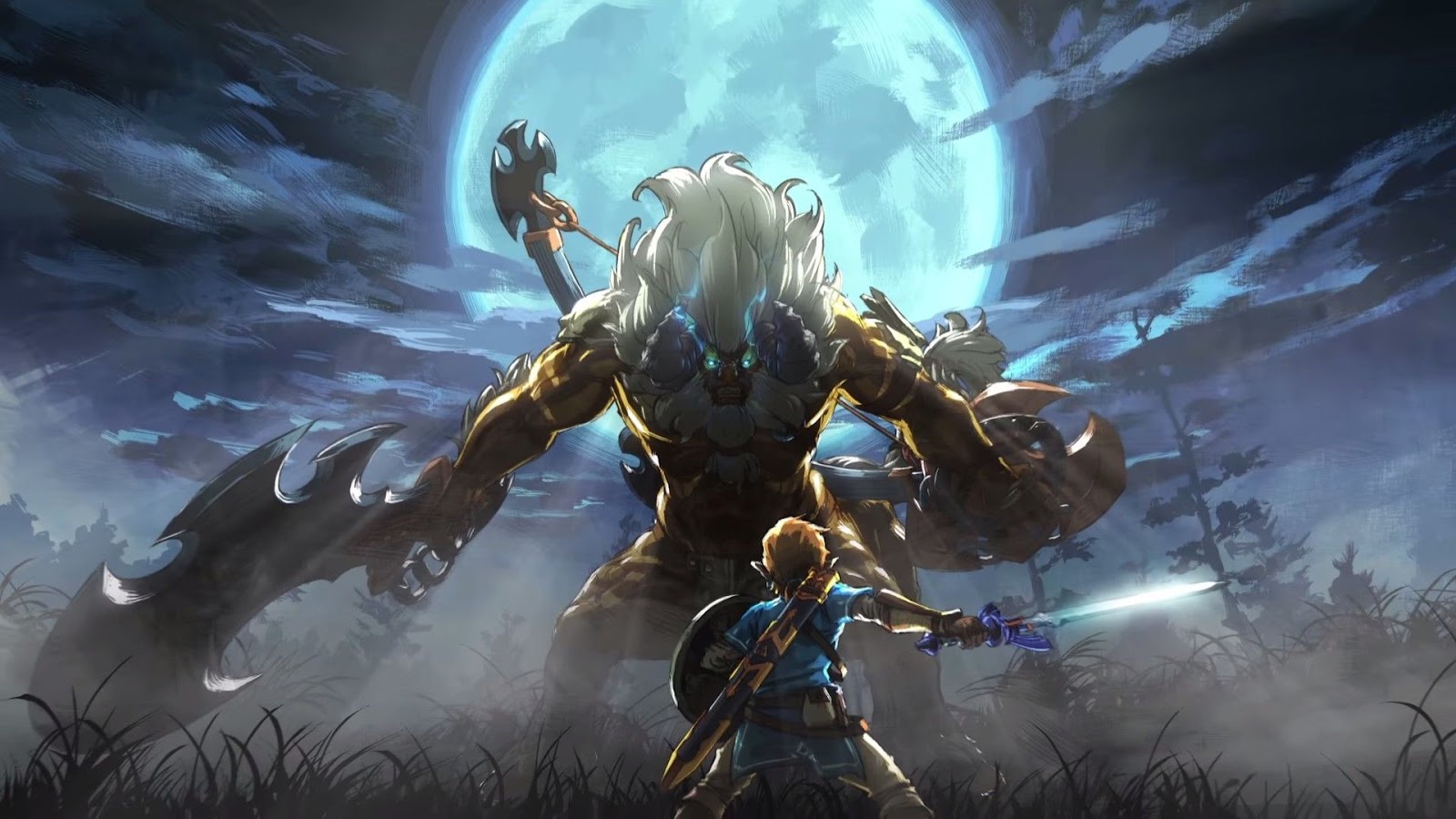 The Legend of Zelda is without a doubt one of the most popular video game franchises of all time, and it’s for good reason. I have very few bad experiences and many great memories of my time playing through numerous different adventures as the Hero of Time.

Which Zelda game I hear you asking, and the answer? Any of them! Just imagine it. Being able to see the content that will be in the soon to be released Age of Calamity, seeing exactly what happened all those years ago before Calamity Ganon was sealed away.

Being able to see episode by episode the adventure Link takes travelling from the peaceful Kokiri Forest to the plains of Hyrule, the Depths of the Zora’s domain, and the heated Goron City.

Travelling across the oceans alongside the King of Red Lions in search of the pearls of the Goddesses in order to acquire the power to vanquish Ganon and rescue his younger sister. 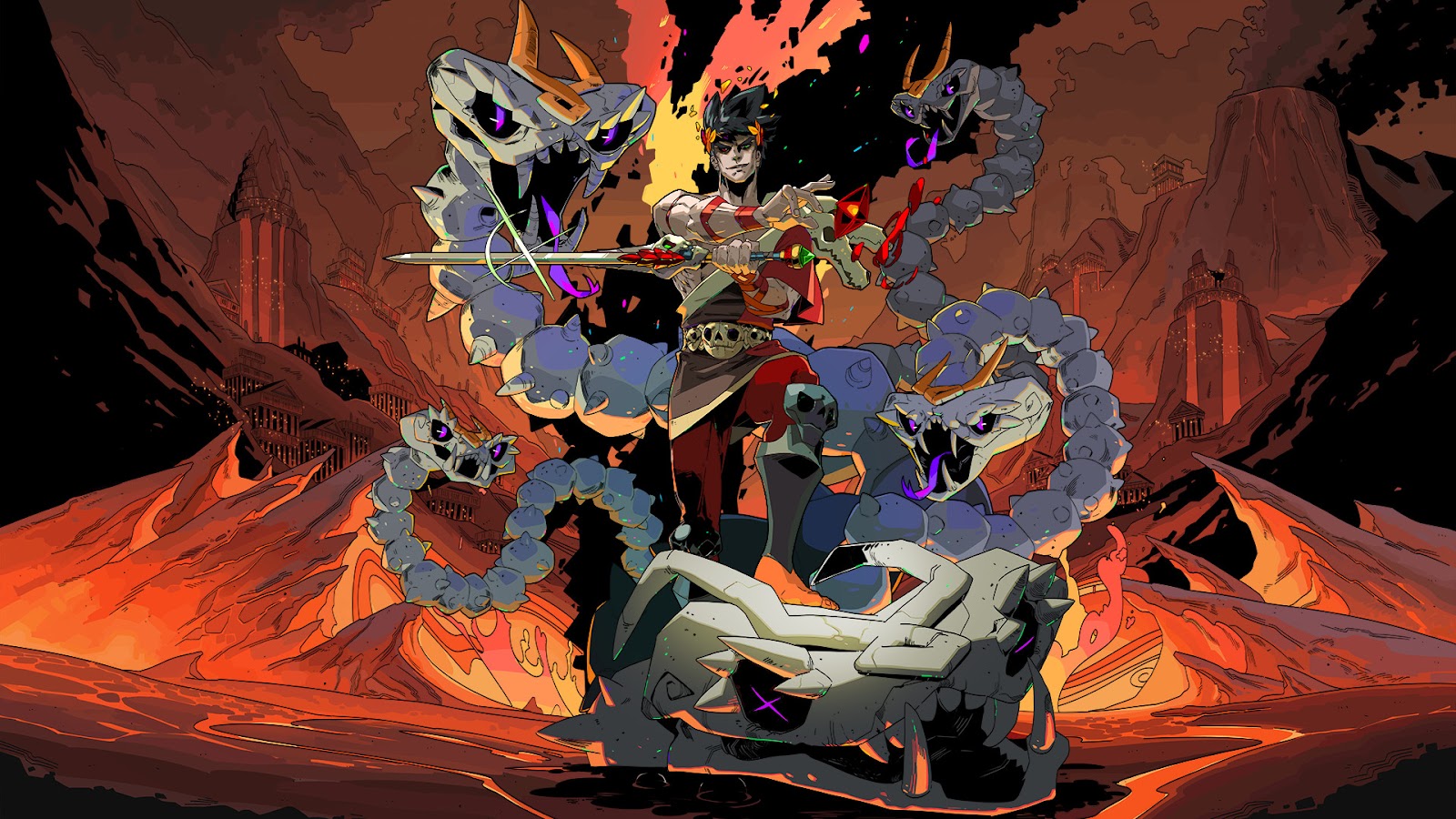 I have a personal goal to get as many people playing Supergiants HADES as possible. This game is absolutely wonderful, incredibly fun and has such a cool, unique and interesting take on the gods of Greek mythology.

The story follows Zagreus the prince of the Underworld and the son of Hades. Zagreus has always had a feeling of not belonging in the underworld and after he learns of his true mother’s identity, he begins his journey from the lowest levels of Tartarus to the peaks of Olympus.

As I mentioned previously, the game takes the Gods characters and gives them a much fresher feel. Hades himself is a very serious and busy pencil pusher who has very little patience for Zagrus’ attempts to leave the underworld. Nyx, the god the night, despite being loyal to Hades is a constant ally to Zagreus and acts as the motherly figure in his upbringing and even after he learns of his true mother. The gods.of Olympus all aim to assist in Zagreus’ climb and offer him boons of power as he ventures through the underworld.

Give the game a shot. If I can’t convince you, I’m sure the animated trailer that was released recently can. 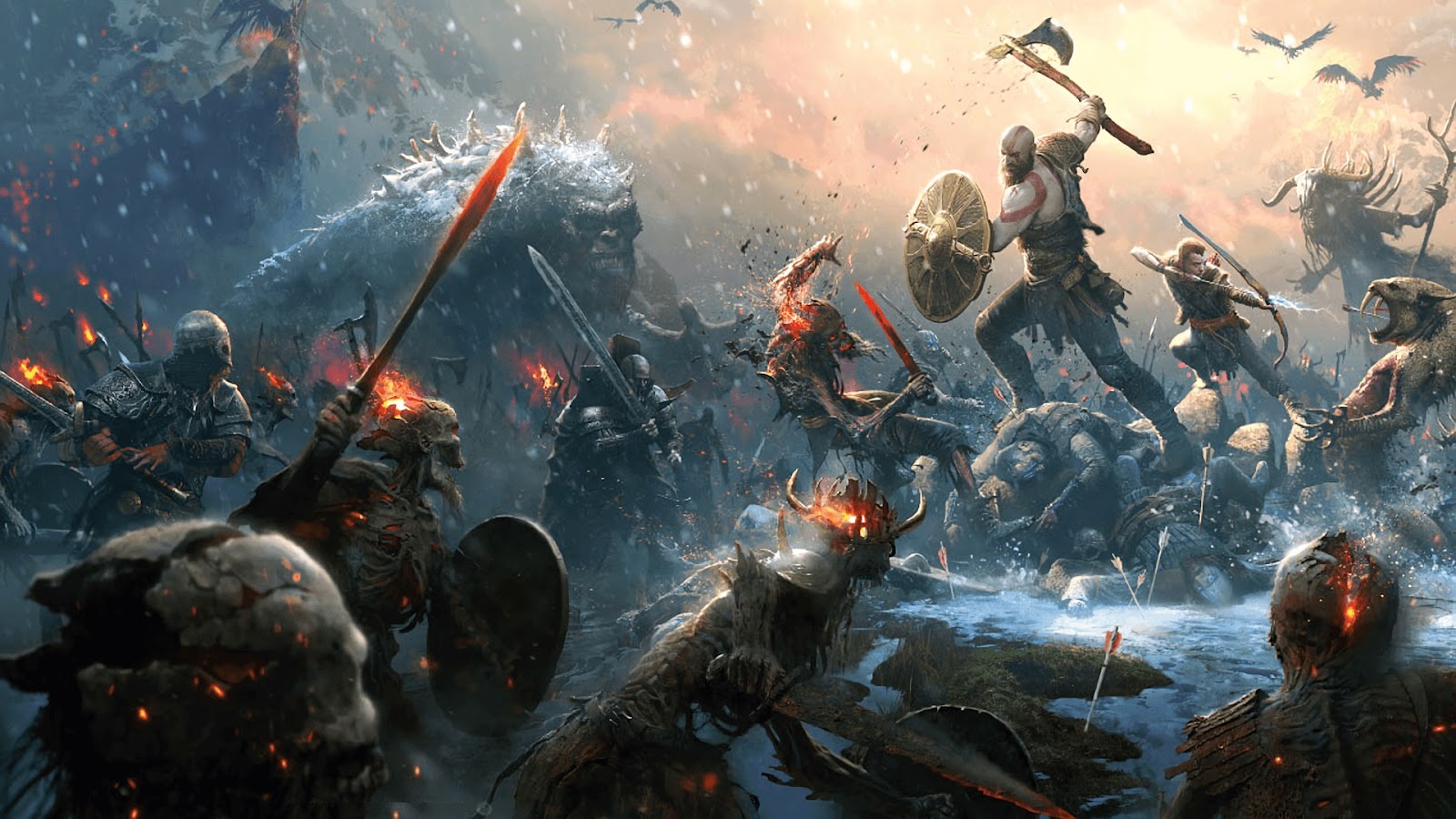 The story follows Kratos on his journey for revenge against the gods for defying him. Should the story start from the beginning, we would witness Kratos’ origin. His plea for power by the God of War Ares in order for him to slay the barbarian threat approaching, only for him to be blinded by the red mist and kill his family. Or the story would take place after his origin and centre around the tale of Kratos and Atreus’ journey as they travel to the highest peak in the nine realms to scatter Kratos’ wife’s ashes.

Just imagine what this could be with a studio like Ufotable animating it. An absurd budget that could do justice to some of the crazy fights that Kratos has on his journeys. 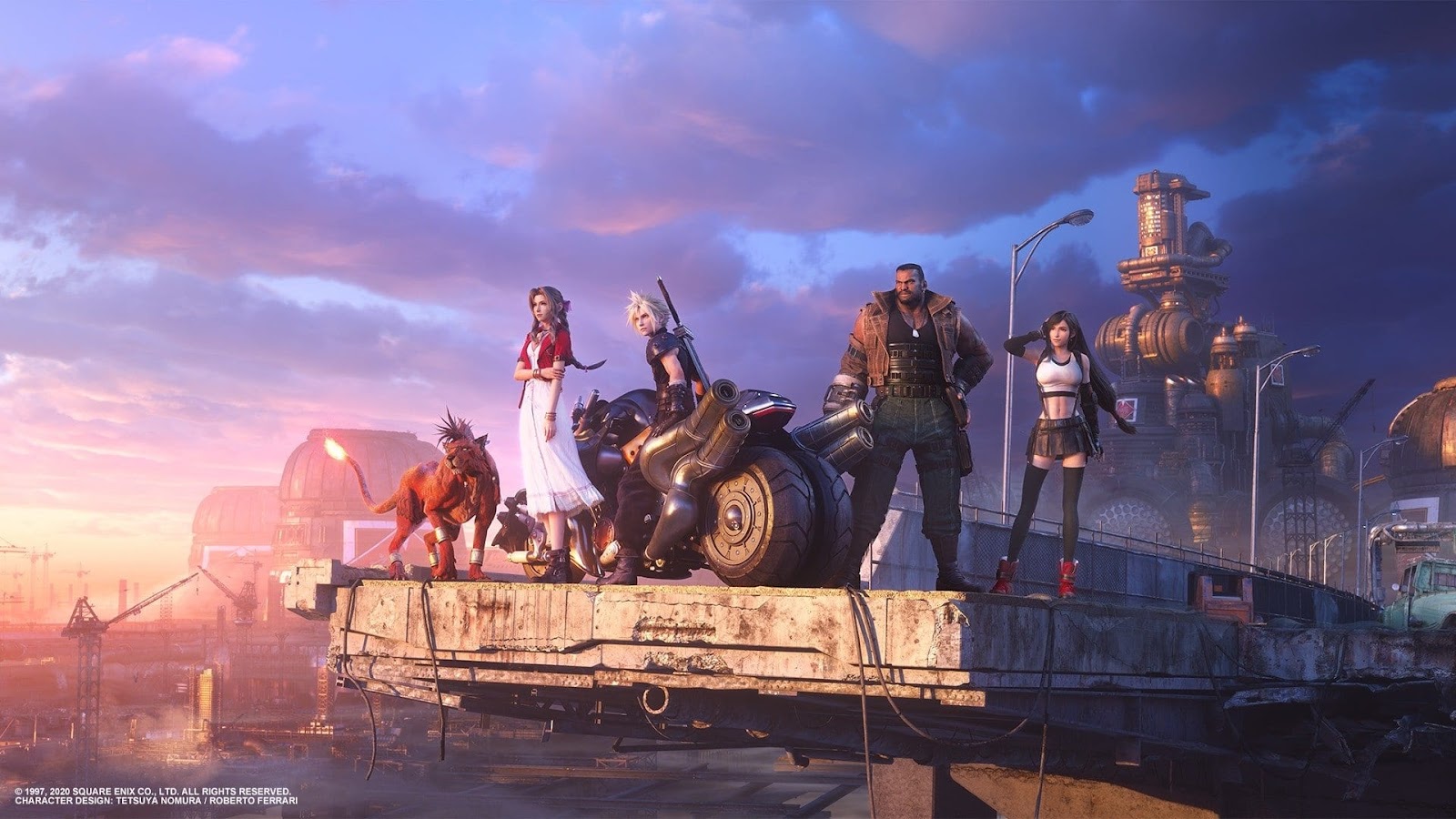 Now I know that technically speaking there is an FF7 anime, that being Last Order. However, that only follows the story of Zack and Cloud after the events at Nibelheim. What I would want from an FF7 anime is something long running with numerous seasons, time and detail given to the story in this anime form.

The story of Cloud, an EX soldier with an insanely tragic past makes his way to Midgar, the steel City, employed as a mercenary by the Eco-terrorist group Avalanche. The story of FF7 already has it’s story arcs all set out for an anime adaptation. The first being the story of Cloud and Avalanche vs Shinra HQ. Followed by the team’s journey outside of Midgar as they search for a way to defeat Sephiroth.

I can already see it. 25 episodes per season, the dream. If you aren’t on board for this, just give this fan made trailer in the style of the Tales of series that was originally made in 2009. 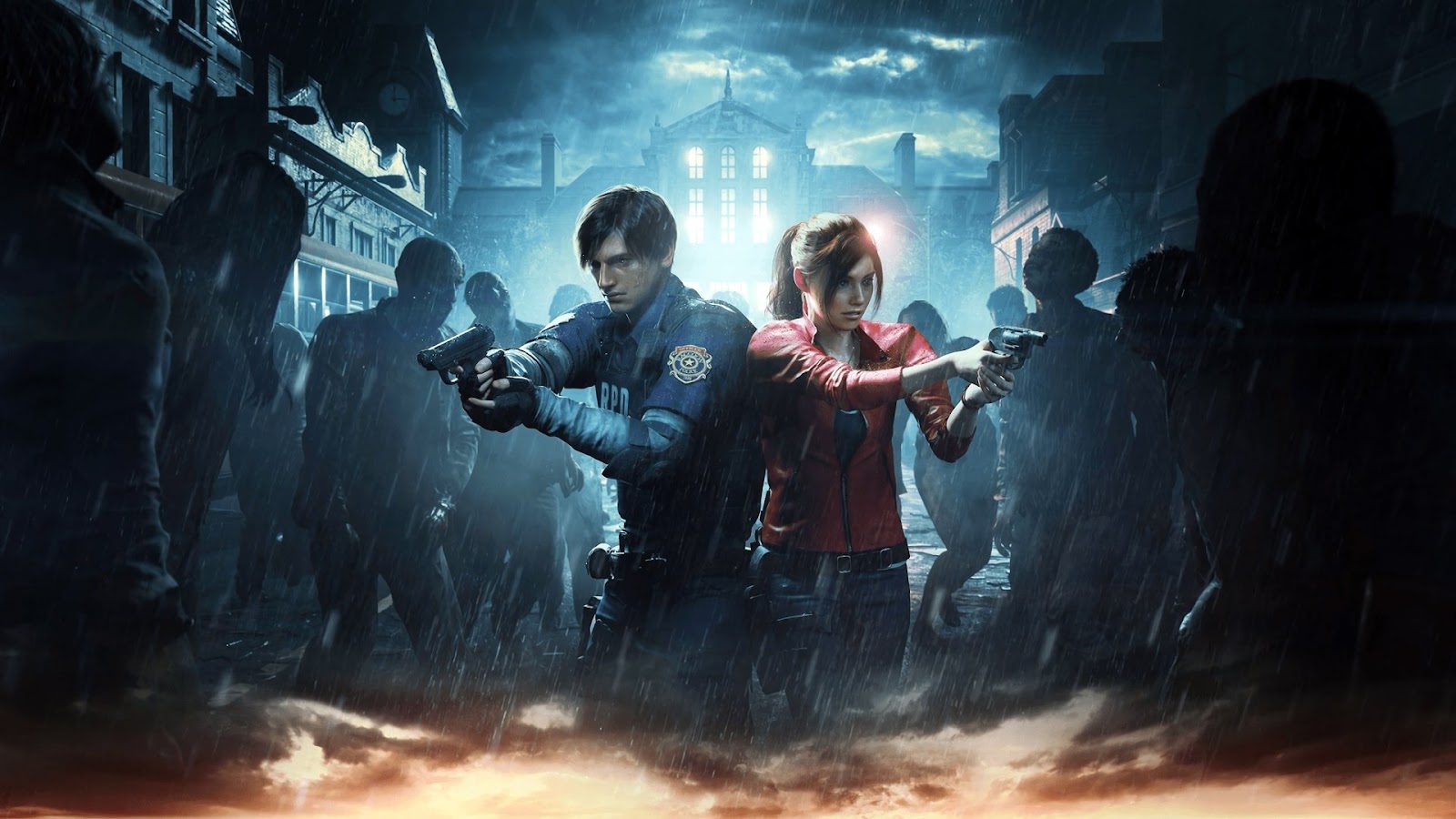 We have a lot of hype and adventure filled series on this list, so we need something a little bit different. Something spooky. Resident Evil 2 is a fan favourite when it comes to the Resident Evil franchise and it’s for good reason. The game has numerous aspects that stack up one after another that steadily increase the element of fear.

Set in Racoon City and tracking place 2 months after the events of the original Resident Evil, rookie officer Leon Kennedy meets Claire Redfield at a gas station on the outskirts of the city. After a series of events unfold, the two are separated, but agree to meet up again at the city’s police department. The series could then follow the events of the two main protagonists as they make their way through the police station and overcome the obstacles that stand in their way.

I think that this could be a really interesting and intense series if done correctly. It would most definitely be a challenge to match the levels of fear the game provides, as you are playing as Leon and Claire, but I would certainly love to see an attempt on it.

As always, thanks for reading and stay safe! 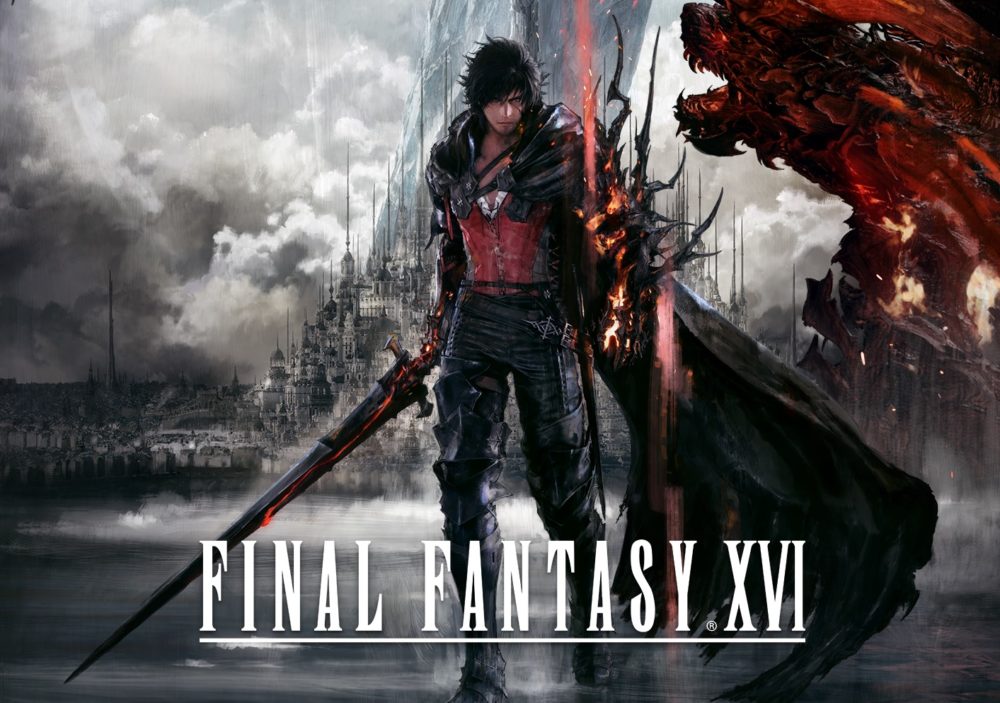